Previously on September 15, 2021made this announcement:

The new airline RED Air has an Air Operator’s Certificate (AOC), which recognizes it internationally as a scheduled airline, both by the International Civil Aviation Organization (ICAO), the International Air Transport Association (IATA), and other multilateral organizations in the air transport sector.

This license, thanks to the Dominican Institute of Civil Aviation (IDAC) and the Civil Aviation Board (JAC), will allow direct flights to operate direct flights to different destinations that, according to passenger statistics, are cities that have a natural traffic to and from the international airport of Santo Domingo, which has allowed to mobilize more than ten million passengers in the last five years.

“The certification is the beginning of a project that has been taking shape for several years and that has been achieved thanks to the entire group of RED Air collaborators,” says Héctor Gómez, executive director of RED Air, which is formed by a group of entrepreneurs with extensive experience in the civil aviation and airport services sector.

The Dominican company RED Air has a fleet of four McDonnell Douglas MD-81 and MD-82 aircraft and a staff of more than fifty employees, a group that includes the administrative and operational staff, with five Dominican pilots, as well as the Cabin Staff also Dominican. 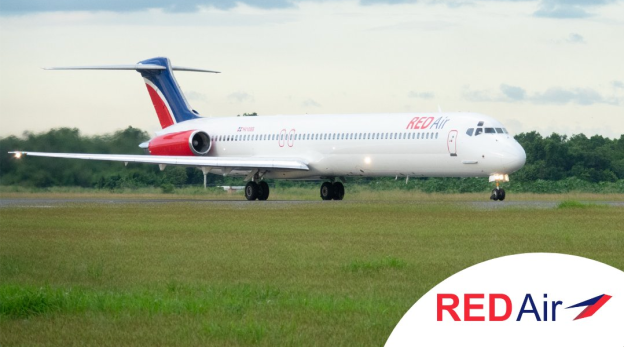 “Significant investments have been made in assets, infrastructure, and human talent, to start our regular operations and their sustainability, to develop an airline that lasts over time,” says Gómez.

To obtain this certification, RED Air has had to comply with the legal regulations in force in front of the authorities, which include training and training of operational and administrative personnel, safety demonstrations, 50 hours of demonstration flights, verification, emergency exercises and simulators, approval of operating and maintenance manuals, among others.