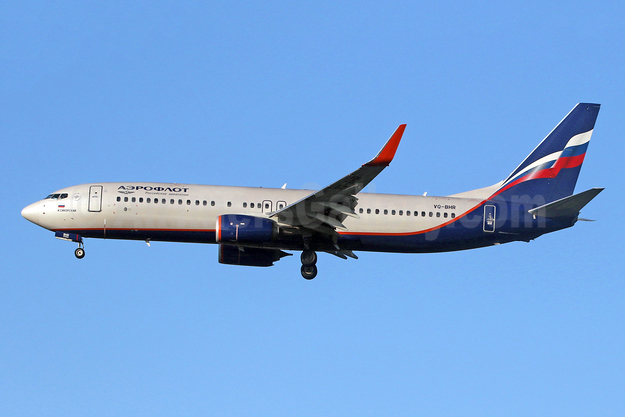 On June 1, 2021, Aeroflot launched regular flights program to Russian cities from Krasnoyarsk. SU 2878 service from Krasnoyarsk to Blagoveshchensk was the inaugural flight of the program.

New domestic and international destinations will later be added to the airline’s route network. 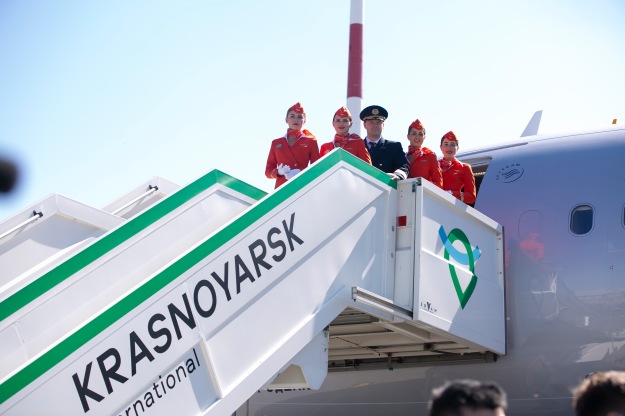 More than 100,000 Aeroflot passengers are expected to use the hub in the summer season. Boeing 737-800 aircraft will be based at Krasnoyarsk Airport. Krasnoyarsk airport’s terminal complex is designed to serve 1300 departing passengers per hour. 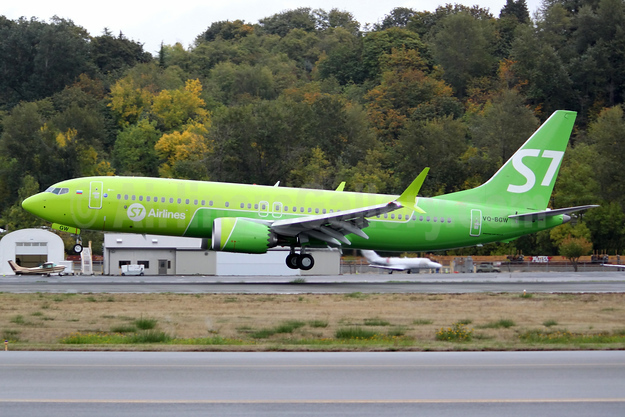 The flights will be operated on modern comfortable Boeing 737-800 airliners designed to carry 168 passengers in economy class and 8 travelers in business class cabins.

S7 Airlines has also started selling tickets for weekly flights from Moscow to the cities of Italy (Bologna), Greece (Iraklion), Germany (Hanover, Cologne), Ireland (Dublin), and Bulgaria (Varna). These flights will be open to those passengers who are allowed to fly under the current restrictions.

The flights are scheduled as follows:

S7 Airlines (a brand of Siberia Airlines, http://www.s7.ru) is a member of the oneworld® global aviation alliance.

GECAS, Boeing’s launch customer for the type, expects the freighters to deliver in November 2020 and January 2021. The aircraft will fly medium and short-haul routes for S7.

“The delivery of our first freighters is a significant milestone in S7 Airlines’ cargo operations. The additional capacity will be used on routes with strong demand and limited capacity of baggage compartments of passenger aircraft. S7 Airlines’ wide route map, our partnership with leading logistics companies and well-developed agent network enable us to carry payload and mail in relatively short time and provide efficient aircraft lading. Thanks to the new freighters, we expect to increase total volume of carried payload and mail by 30%”, said Ilya Yaroslavtsev, CEO of S7 Cargo.

While extending the useful life of the passenger 737-800NG, the 737-800BCF carries more payload – up to 23.9 tonnes (52,800 lbs) – and has longer range – 2,000 nmi (3,750 km) than other standard-body freighters. The 737-800BCF freighter also offers operators newer technology, lower fuel consumption and better reliability than standard-body freighters. It primarily will be used to carry express cargo on domestic / short haul routes.

S7 Airlines has issued this statement (translated from Russian):

Siberia is the birthplace of our airline. We cannot remain aloof from the environmental situation in the region. Forest fires in Siberia have already spread over more than 3 million hectares.

We temporarily return our historical name – “Siberia Airlines” and launch an initiative to replenish forests in Siberia.

Our goal is to raise funds for planting 1,000,000 trees. We will return to the S7 Airlines brand only after the required amount has been collected. 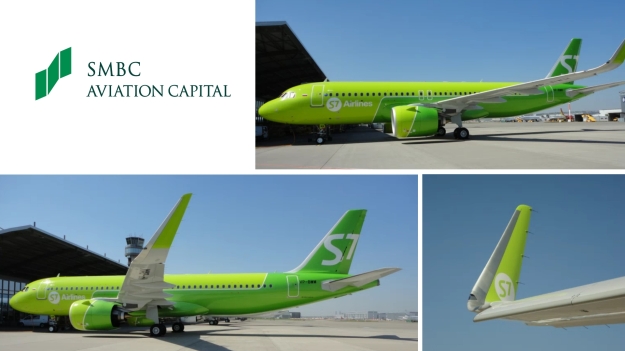 The aircraft and associated engines were delivered while located at the Airbus delivery centre in Hamburg, Germany.

This is the first A320neo aircraft to be delivered to S7 Airlines from an eight aircraft deal.

Boeing, Air Lease Corporation (ALC), and S7 Airlines celebrated the delivery of the airline’s first 737 MAX, via lease from ALC.

S7, operated by Globus Airlines, becomes the first Russian airline to fly the new and improved 737 airplane. S7 plans to take 10 more 737 MAX jets over the next few years as part of its strategic plan to strengthen its airplane fleet.

The 737 MAX 8 is part of a family of airplanes that offer from about 130 to 230 seats and the ability to fly up to 3,850 nautical miles (7,130 kilometers). The MAX 8, in particular, can seat up to 178 passengers in a standard configuration and features the popular Boeing Sky Interior. The airplane helps reduce fuel use and emissions by 14 percent compared to previous airplanes, outperforming the competition by 8 percent when it comes to operating costs per seat.

The 737 MAX is the fastest-selling airplane in Boeing history with more than 4,700 orders from 104 customers worldwide.

S7 Airlines is considering finalizing an order for 50 SSJ75s with options for 25 more aircraft for deliveries beginning in 2022. If finalized, S7 will be the launch customer of the new 75-seat version.

According to Sukhoi, “It is planned that the aircraft will be produced with maximum of Russian components. Together with the size optimization it is planned to reduce the weight of the structural weight up to 10-15%, to improve aerodynamics up to 10% and reduce specific fuel consumption up to 5% and increase the part of composition materials. The aim is also to cut operation and after-sales support costs.” 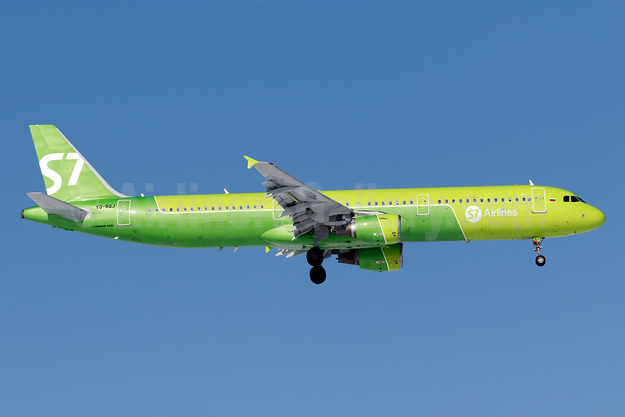 Starting on March 25, 2018, S7 Airlines, a oneworld® global airline alliance member, switches over to the summer flight schedule, which will remain effective until October 27, 2018. During this period the airline will perform flights to 205 destinations in 34 countries around the world.

“In the summer season, we are pleased to offer S7 Airlines passengers about 30 new flights to foreign and domestic destinations. We have significantly expanded our presence in Western Europe and are launching flights to the cities which will arouse the interest of the most sophisticated travellers. Passengers will be able to travel from Moscow to Bari, the capital of the Italian province of Apulia located on the Adriatic coast, as well as to Olbia and Cagliari, situated on the wonderful island of Sardinia. Fans of ecotourism will appreciate the flights to Reykjavik and Tenerife, which are dramatically opposite in nature, but equally impressive,” notes Igor Veretennikov, the Commerce Director of S7 Group.

At the end of May, passengers of S7 Airlines will be able to go to Turkey, which is traditionally a popular country for summer holidays. Daily scheduled flights from Moscow to Antalya will allow travellers to plan themselves their vacation with family and friends in hotels, and property owners will have the same opportunity to plan their stay in their homes and apartments.

Traditional holiday season flights will be resumed in the summer schedule of S7 Airlines. Passengers will be able to fly directly to European seaside resorts, such as Málaga, Valencia, Pula, Dubrovnik, Ibiza and Kos, from Moscow Domodedovo Airport. There also will be flights to Barcelona, Palma de Mallorca, Tivat, Larnaca, Catania, Rome and other popular cities of southern Europe, which are in demand all year round.

Passengers from St. Petersburg will appreciate the convenience of direct flights to European countries, as there will be new flights to Pisa in Italy, Alicante in Spain and Pula in Croatia, as well as to Scandinavian capitals — Copenhagen and Stockholm. Besides, travellers from St. Petersburg can receive 1,500 bonus Miles and more for each flight to Europe1 if they take part in the “Fly to Europe with S7 Priority” campaign.

Passengers from Novosibirsk will also have new opportunities. S7 Airlines launches a direct flight to Larnaca starting 1 May 2018. Cyprus is traditionally popular with travellers from the Siberian region, and now passengers will be able to organise a trip without a connection in Moscow. In addition, direct flights to Frankfurt am Main and Düsseldorf — major transport hubs, from where it is convenient to continue the trip to European countries — will be resumed.

Japan, a country of striking contrasts, will become closer for residents of Siberia and the Far East. For the first time, passengers will be able to fly directly to Tokyo from Novosibirsk and Irkutsk and will again get the opportunity to fly directly to Osaka from Vladivostok.

S7 Airlines continues to develop interregional air carriages performed on modern Embraer 170 aircraft. Passengers will be able to travel to Samara, Kazan, Ufa, Krasnoyarsk, Tomsk from Novosibirsk and to Murmansk and Perm from St. Petersburg. 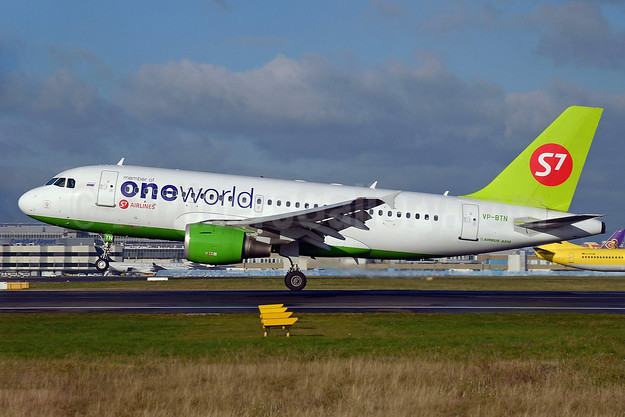 S7 Airlines will launch scheduled flights from St. Petersburg to Pula, Croatia, starting on May 27, 2018.

Pula is the oldest Croatian city on the Adriatic coast where you can find one of the largest preserved amphitheatres of the Roman Empire, which is considered to be the city’s main attraction. If you go to Pula, you can also plan a visit to other fascinating Croatian cities in Istria, such as Rovinj, Poreč and Rijeka. Besides, here you can take a ferry to Italian Venice.

S7 Airlines is actively expanding the geography of flights from Pulkovo Airport to Western Europe. Direct scheduled flights of S7 Airlines from St. Petersburg to Alicante in Spain, Pisa in Italy and Scandinavian capitals — Copenhagen and Stockholm —will also be available in the summer season. 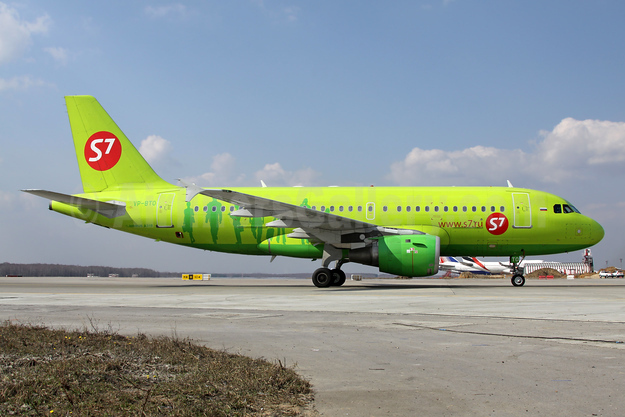 S7 Airlines will add the St. Petersburg, Russia – Barcelona route on April 27. The new route will be operated two days a week with Airbus A319s according to Airline Route.