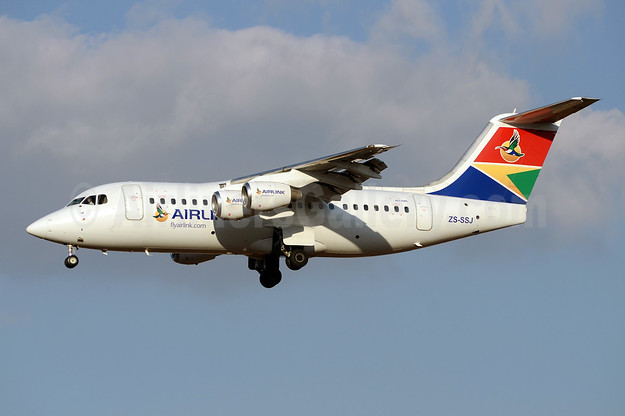 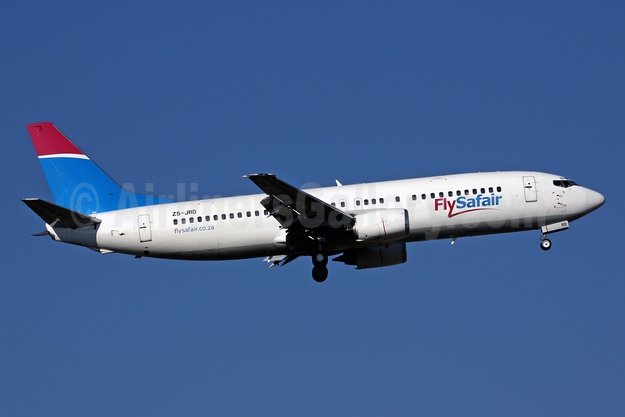 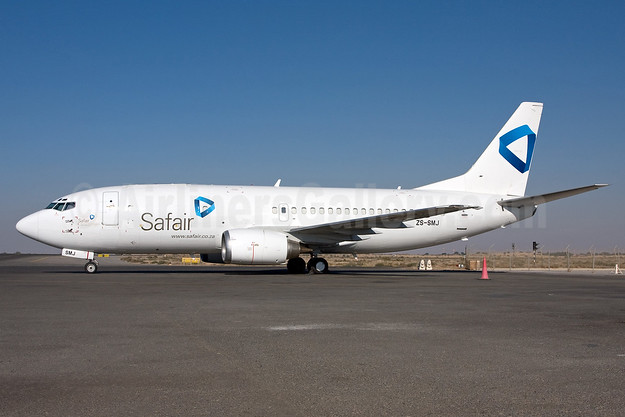 The new airline will now launch scheduled passenger operations on October 16 between Johannesburg and Cape Town. Services between Cape Town and Port Elizabeth will start later on October 30

Video: A TV commercial for FlySafair:

Video: A short history of Safair:

Safair has announced the news that the Air Services Council (ASLC) has granted FlySafair a domestic air service licence for the operation of domestic scheduled flights. This is in addition to the international and domestic unscheduled licence that it held for almost 50 years, providing aviation services both domestically and internationally.

Since then FlySafair has restructured their shareholding, getting rid of the shareholding which caused the problems and at the same time concluding the largest employee share ownership scheme in the aviation industry, effectively giving its South African employees a 25.14% stake in the company.

Despite FlySafair not having been operational since October 2013, the airline retained the services of all the employees who were hired 10 months ago, by utilising them in Safair’s traditional business of providing backup services to local airlines and also in international charter operations.

Safair (Johannesburg) has been operating for other carriers and as a charter airline since March 18, 1970. Now the company is venturing into the tough scheduled airline business under the FlySafair banner. The low-fare airline will start flying 165-seat Boeing 737-400s on October 17 between Johannesburg and Cape Town (see below for an update).

The airline issued this statement about FlySafair:

Although FlySafair is a brand new low-cost passenger airline or, as we prefer to say “a high value airline”, it already boasts a proud heritage.

Founded by Safair, probably South Africa’s best known air logistics and specialized air services company, FlySafair was born from a company that already has 48 years of experience. We like to think of ourselves as South Africa’s oldest newest airline.

During that time, we have reliably and successfully transported medical supplies and food relief into inaccessible territories for the United Nations, the World Food Program (WFP) and a host of other international aid agencies.

It’s all in a days work for us to transport aid to Angola, adventurers to Antarctica, parachutists to Phalaborwa, rhinos to remote bushveld runways and sharks to Singapore (the Hammerhead variety).

We’ve carried freight around the world, flown in teams of people wherever and whenever they were needed and supplied back-up passenger and freight airplanes to commercial airlines on a regular basis.

You could say we’re a company of adventurers. We prefer to think that we exist for the sheer love of flying.

Because we’ve been around for over four and a half decades, we’ve got a certain old-world quality you won’t find on other low cost airlines.

We think the kind of person who will fly with us at FlySafair is someone who appreciates quality, good old fashioned values and attention to detail.

But most of all, we believe the people who come with us are the kind of people who still love flying.

We guarantee it will be a breath of fresh air for you.

The airline is also holding a “Your Name on a Plane” contest:

“Normally airlines name their planes after historical events, natural wonders, or famous people. We thought we’d name our planes after someone really important. You.”

Update: On October 8, the North Gauteng High Court issued a court interdict preventing the airline from launching operations between Johannesburg and Cape Town. The interdict was a result of a complaint by Comair (British Airways) which challenged the ability of Safair to operate scheduled service. The court also order Comair to honor the FlySafair tickets.

CEO Dave Andrew of FlySafair stated the new airline will shelve all plans until the issue is settled in court and issue refunds.

Thank you once again for your continued patience during this temporary
setback. Your messages of support have been greatly appreciated and we value
the time you have taken to communicate with us in such a positive manner.

As part of our commitment to communicating with you openly and honestly,
allow me to update you on what is happening at the moment.

As per the court interdict granted on Tuesday, FlySafair will be refunding all
tickets purchased. In fact, we have already completed and credited all credit card
transactions through our payment gateway. We are also in conversation with all
the major banks to ensure that these payments reflect timeously in our
passengers’ accounts.

We are steadily making our way through the EFT refunds for the remaining
passengers. Some of those payments are still outstanding as we’re waiting for
confirmation from a few passengers regarding their banking details. If you are
waiting for an EFT refund, please ensure that you have shared your details with
us either via our Central Reservations on 087 135 1351 or email
info@flysafair.co.za.

As per the court order, the process from here is that Comair must accommodate
FlySafair’s passengers, honouring the ticket prices and dates of travel as agreed
to with FlySafair. Passengers are requested to contact Comair’s call centre on on
010 492 2230 or email reaccommodations@comair.co.za and they will assist.

We trust this letter provides further clarity on the situation FlySafair is currently
faced with. We appreciate your support and look forward to taking to the South
African skies in the near future.

Should you have any questions not relating to rebooking or refund procedures,
you are, as always, welcome to contact me at dave@safair.co.za.

Safair (Johannesburg) will open up a Kenya operation based in Nairobi this month.

Air Zara International (Zara Airways) (Dar es Salaam) is now planning to launch its first international routes to both Johannesburg (originally planned for July 4) and Moroni (Comoros Islands) on August 3. The new airline is leasing two 110-seat Boeing 737-200s from Safair. The company received its AOC in October 2008 and has been operating domestic flights in Tanzania with a Beech King Air B200 and a Beech (Raytheon) 1900C.