Sichuan Airlines made this announcement:

At 5:39 am local time on September 16, 2019, Sichuan Airlines flight 3U8271, carrying 278 passengers, landed smoothly at Helsinki-Vantaa Airport, marking the success of the airline’s maiden nonstop flight from Chengdu, China to Helsinki, Finland.

A ceremony for the maiden flight and a promotional event for the launch of the new service were then held by Sichuan Airlines in Helsinki, with representatives from the Chinese Embassy in Finland, the Finnish Directorate of Immigration, the Finnish Tourism Board, the municipal governments of Helsinki and Vantaa, Helsinki Business Hub, local travel agencies and Chinese-funded firms in attendance.

The new route was originally to fly directly to Copenhagen. However, the stop in Helsinki was added, transforming the airline’s original Chengdu–Copenhagen service to the current Chengdu–Helsinki–Copenhagen service, becoming one that also connects two Nordic cities. The schedule is one flight every Monday and Friday. An Airbus A330 aircraft will service the route, with flight numbers and flight times as follows (all times are local times):

Finland is renowned for its Aurora Borealis and winter resorts. It only takes nine hours for travelers to fly from Chengdu to Finland, home of visual phenomena that can only be seen in regions bordering the Arctic Circle and a world of ice and snow.

Passengers of Sichuan Airlines who depart from mainland China/overseas (regional) airports and take connecting flights in Chengdu are entitled to a range of transit benefits, including free accommodation, coffee break service and meal, VIP lounge, rapid security check and visit to Chengdu Research Base of Giant Panda Breeding. Sichuan Airlines has launched international non-stop flights from Chengdu to Hanoi, Ho Chi Minh City, Helsinki, Istanbul, Rome and Yangon, among other international cities, since the beginning of this year. The airline has gradually expanded their “Panda Route” with international (regional) courses increasing to more than 50 by now.

This was filmed a month back when I was in China. It is my first full vlog in Mandarin! (Chinese). English is provided as subtitle. I must also declare this is NOT sponsored by the airline as I paid my own ticket. As always I like to make my content engaging and marketable to show the best of each airline.

Air Lease Corporation on May 21announced the delivery of one new Airbus A350-900 aircraft on long-term lease to Sichuan Airlines.  Featuring Trent XWB-84 engines, this A350-900 is the first ALC A350-900 to deliver to an airline in China.  The aircraft is from ALC’s order book with Airbus and joins eight Airbus aircraft currently on lease from ALC to Sichuan Airlines for a total of nine aircraft. 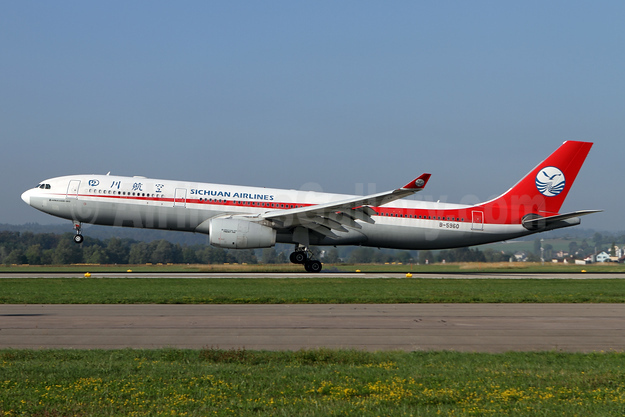 Sichuan Airlines has announced it will open the Chengdu – Copenhagen route on December 10, 2018.

The new route will operate two days a week with Airbus A330-300 aircraft.

Sichuan Airlines has unveiled newly-designed cabin crew uniforms as part of its “Panda Route” international flight development program. The classic red-and-black design symbolizing passion and rationality aims to promote the airline’s image and raise its profile on the global stage.

Inspired by Sichuan Airlines’ theme color, “Sichuan red,” the ladies’ new uniform is composed of a red one-piece, a black blazer, a red blazer, a black winter wool coat and a black hat. The gentleman’s uniform features a white shirt with red stripe design and a splash of red on the blazer pocket to echo the ladies’ dress.

“Our new 7th edition uniforms are inspired by the idea of ‘Movements, Sichuan‘ with the color red representing the hospitality and passion of Sichuanese people as well as the spicy flavour of Sichuancuisine. We want to bring the first impression of Chinese elements and Sichuan flavors to the travelers through the new design alongside the flight attendants’ professional and heartwarming services,” said Shi Zuyi, General Manager of Sichuan Airlines.

Sichuan Airlines refreshes its uniforms every five to ten years, and each design has been an expression of the airline’s image throughout different stages of its development. The company puts lots of thought into uniforms, from the polka dot shirts with white dresses in early years to the 6th edition red-rose and sapphire design with bowknot on the waist.

The airline now owns the largest Airbus fleet in China, and its 270 “Panda Routes” connect Asia, Europe, Oceania and North America. With the release of its new cabin crew uniforms and the upcoming introduction of new A350 passenger planes, Sichuan Airlines continues to fly on towards its networked, international, all-service goal.

Sichuan Airlines, the largest all Airbus fleet carrier in China, has taken delivery of its first A350-900 leased from AerCap in Toulouse today, becoming the first Chinese mainland operator via leasing to take delivery of the world’s newest and most efficient twin-engine widebody aircraft.

Powered by Rolls-Royce Trent XWB engines, Sichuan Airlines’ A350-900 aircraft features a comfortable two-class cabin layout of 331 seats: 28 business, and 303 economy. The airline will initially operate the new aircraft on its domestic routes, followed by its international “Panda Routes”.

By the end of July 2018, Airbus recorded a total of 890 firm orders for the A350 XWB from 46 customers worldwide, already making it one of the most successful widebody aircraft ever.

Airbus confirmed at the Farnborough Airshow a deal agreed earlier in 2018 that Sichuan Airlines, based in the Southwestern Chinese city of Chengdu, has selected the A350-900 to become the latest aircraft in its fleet.

Sichuan Airlines operates the largest all-Airbus fleet in China with over 130 Airbus family aircraft. In addition to its domestic network, Sichuan Airlines now operates on over 30 international routes, including routes from Chengdu to Moscow, Sidney, Dubai and Vancouver. The airline also leased four A350-900s, with the first one to be delivered by this year.

The newly introduced A350-900, which is a strong supplement to Sichuan Airlines’ Airbus fleet, will be deployed on its nonstop long haul international routes, such as Chengdu to North America and Europe.

By the end of June 2018, Airbus has recorded a total of 882 firm orders for the A350 XWB from 46 customers worldwide, already making it one of the most successful wide-body aircraft ever. 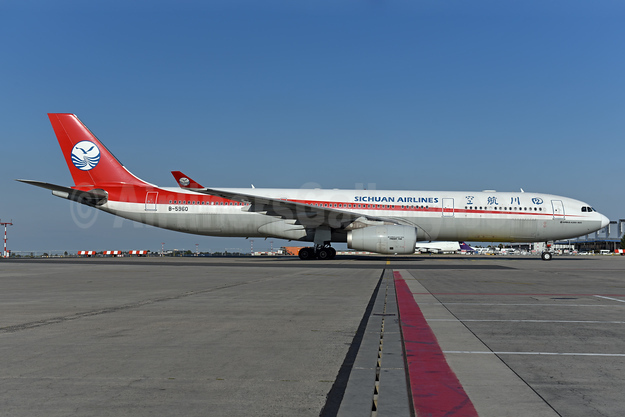 Sichuan Airlines is going to extend the existing Chengdu – Prague route to Zurich on March 26, 2018. The extended route will be operated three days a week with Airbus A330s per Airline Route.

In other news, the Chinese carrier launched the Chengdu – St. Petersburg, Russia route on January 26, 2018.

Air Lease Corporation (AL) has announced the placement of one Airbus A350-900 wide body jet on long term lease to Sichuan Airlines (Chengdu, China). The aircraft will be delivered in the first quarter of 2019 from ALC’s order book with Airbus. The A350-900 will be primarily operated across the Pacific, linking major cities in China with USA and Canada.

Sichuan will be leasing three Airbus A350-900s through AerCap and now one through ALC.