South Supreme Airlines (Juba, South Sudan) suspended all operations late on September 10, 2015. There were no flights on Friday, September 11. The airline previously commenced operations in September 2013 and was operating a Boeing 737-300 (4L-AJY) (above), a Fokker 50 (C5-SSA) and two Bombardier CRJ100 regional jets. The Fokker was involved in a landing accident at Aweil, South Sudan on January 7, 2014 according to The Aviation Herald.

The owner of the airline attributed the shut down to the lack of U.S. dollars in the struggling new country according to Radio Tamazuj. The foreign crews were paid in dollars and the carrier was reportedly unable to pay its employees.

All images by South Supreme Airlines. 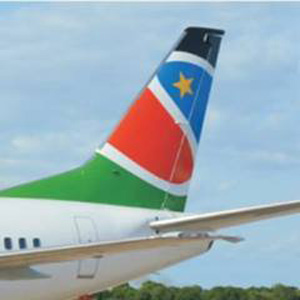