Surf Air Mobility, a company working to accelerate the adoption of green aviation, has announced that it has entered into a definitive agreement, subject to closing conditions and regulatory approval, which will result in a merger with Southern Airways Corporation, parent company of one of America’s largest commuter airlines.

The definitive agreement coincides with Surf Air Mobility’s announcement that it plans to go public through a merger with Tuscan Holdings Corp. II, subject to the satisfaction or waiver of certain closing conditions.

The merger with Southern Airways, along with its affiliated brand, Mokulele Airlines, will enable the combined companies to create a national air travel platform and to accelerate efforts to commercialize hybrid electric aircraft. The ability to serve more consumers through the integration with Southern, the largest passenger operator of Cessna Caravans in North America, provides Surf Air with a powerful foundation to introduce its proprietary electrified powertrain technology to the market.

Surf Air Mobility intends to upgrade Southern’s current fleet of nearly 40 Cessna Grand Caravans to hybrid electric aircraft using technology developed along with magniX and AeroTEC, two pioneers and market leaders in aviation innovation and electrification. Cessna Grand Caravans are the most prolific aircraft in their category, with over 2,800 delivered.

Surf Air Mobility is a Los Angeles-based electric aviation and air travel company reinventing flying through the power of electrification. The company will bring electrified aircraft to market at scale in order to substantially reduce the cost and environmental impact of flying. The management team has deep experience and expertise across aviation, electrification, and consumer technology. Surf Air Mobility is the parent company of Surf Air Inc, and has entered into a definitive agreement to merge with Southern Airways Corporation.

Founded in 2013, Southern Airways Express is one of the largest commuter airlines in the United States. Operating a fleet of Cessna Caravans and King Air Super 200s, among other fleet types, Southern and its Hawaiian subsidiary, Mokulele Airlines, serve 39 cities with more than 240 peak-day departures from hubs at Dallas/Ft. Worth, Denver, Honolulu, Kahului, Los Angeles, Memphis, Nantucket, Phoenix, Pittsburgh, and Washington-Dulles. In Hawai‘i, Mokulele serves more airports with more flights than any other airline. Southern has interline agreements with American Airlines, United Airlines, and Alaska Airlines.

Southern Airways Express has announced it is acquiring Air Choice One (St. Louis):

Southern Airways Express, one of the largest commuter airlines in America, has acquired St. Louis-based Air Choice One (Multi-Aero, Inc.). The move will strengthen the Essential Air Service offerings to the marketplace on the heels of the recent announcements of regional airline SkyWest and commuter airline Boutique’s intention to terminate service to at least 31 cities in the program.

The Pompano Beach, Florida-based scheduled service commuter airline, which serves more than 30 cities across the country, will operate up to 12 daily flights to Dulles International from Bradford Regional Airport (BFD), DuBois Regional Airport (DUJ) and Lancaster Airport (LNS) in Pennsylvania, as well as Morgantown Municipal Airport (MGW) in West Virginia, under an Essential Air Service agreement with the U.S. Department of Transportation.

Now with multiple daily nonstop flights to the leading international airport in the National Capital Region, residents in these Pennsylvania and West Virginia communities will have one-stop access to more than 150 destinations both stateside and across the globe.

The airline will operate nine-seat Cessna Caravan aircraft on all Dulles International routes.

Southern Airways Express on June 1 is adding another route from  the vacation destination of Harrison/Branson to Hot Springs, AR.

This is in addition  to the two existing routes to Memphis  and Dallas/Fort Worth.

Southern Airways Express has announced it will open summer seasonal service to Nantucket, MA from Norwood, Providence and New Haven.

The seasonal service to the island will operate from June 13 through October 14 mainly from Thursday through Monday, except New Haven which will operate Friday through Sunday.

Southern now has more than 200 pilots in its combined pilot corps, many of whom are looking to advance their aviation careers to regional and mainline carriers.

SkyWest is the largest regional carrier in the world as measured by fleet size, number of passengers carried and cities served. This strategic investment by SkyWest will enhance Southern’s recruiting capabilities by providing a career pathway from flight school through Southern’s cadet program and ultimately to SkyWest.

Southern, with operational footprints in the Gulf South, the mid-Atlantic and South Florida, recently acquired Mokulele Airlines, a carrier providing service throughout the Hawaiian Islands and in Southern California.

Southern began service in 2013 by offering flights from Memphis, Tenn. to Destin, Fla. using a total of four pilots and three aircraft. In 2015, Southern acquired Executive Express Aviation, an Illinois-based charter company that was previously contracted to operate the Southern flight schedule. In February 2016, Southern acquired Sun Air Express, an airline operating Essential Air Service (EAS) routes in the mid-Atlantic. Three years later, in February of 2019, Southern acquired Mokulele. Following the integration of the two airlines, expected to be complete by mid-summer, the new Southern Airways will operate 1,380 weekly flights, more than any other carrier in the 50 states.
Route Map:

Southern Airways Express has announced it will add new daily service to Harrison, AR/Branson, MO (Boone County Regional Airport) from both Memphis and Nashville on May 2.

With established footprints in the Gulf South, the mid-Atlantic, and South Florida, Southern now adds Hawaii and California to its portfolio. Following the integration of the two airlines, the combined entity will operate 1,380 weekly flights, more than any other commuter airline in the 50 states. Terms of the acquisition have not been disclosed.

Mokulele Airlines, founded in 1994 by Rebecca “Kawehi”Inaba, was the first airline started by a native Hawaiian woman. The airline was sold in 2005 and had multiple ownership changes, until it found stability with its latest ownership group, Transpac Aviation, Inc. Since 2011, Mokulele has grown to 15 aircraft serving 11 cities, including four EAS communities. Mokulele currently operates 787 weekly departures.

Unlike Southern’s previous two acquisitions, which included name changes and rebranding, Southern intends to keep the Mokulele brand alive and well in the Hawaiian Islands, while eventually operating all flights on the Southern Airways FAA operating certificate.

Southern is coming off a record-setting year for passenger growth in its Essential Air Service cities with some communities seeing 40 percent increases in traffic over the previous year, and many airports having had their best year for enplanements in more than a decade. Southern has also posted some of the best performance statistics in the industry, completing over 99 percent of its scheduled EAS flights in the last six months.

Founded in 2013, Southern Airways Express has quickly grown to become the largest commuter airline in the 50 states. Operating a fleet of Cessna Caravans and Grand Caravans, Southern will soon serve 30 cities with more than 220 peak-day departures from hubs at Baltimore, Dallas/Ft.Worth, Honolulu, Kahului, Kona, Memphis, Palm Beach and Pittsburgh. 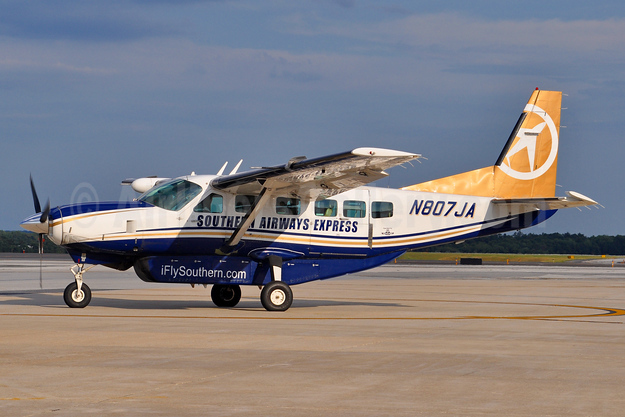 Southern Airways Express in November is establishing a new base in West Palm Beach. On November 8 the commuter carrier will launch flights from PBI to both Tampa and Key West.

Southern Airways Express (Memphis) will start nonstop flights between Chattanooga and Memphis on October 1. Chattanooga- Destin, Florida flights will also start in the spring according to the timesfreepress.com.