SWAPA, the union representing Southwest Airlines pilots union, has provided this update via their President:

As you learned last week, Southwest has now removed the MAX out of their schedule until at least September. With the confusing information coming from the FAA, national and geopolitics, and Boeing’s continued missteps, there is no accurate estimate of when the MAX will return to service. Present projections range from September to December. Certification flights on the new MCAS flight control logic (remember, MCAS is not a system) will continue in the next few weeks and decisions on what form of training will be required have not been made.

Boeing seems to receive more bad news with every passing week and still needs to learn how to rebuild trust as well as the airplane. Boeing failed to disclose MCAS initially, failed to build in redundancy, and failed to notify the FAA of issues related to MCAS in a timely manner. In March, they expectedly but reprehensibly, asked to have the venue switched from the United States District Court for the Northern District of Illinois to Indonesia in order to settle the Lion Air Flight 610 accident for minimal amounts. If Boeing’s tactic succeeds, the cases for the families become nearly worthless and a similar strategy might be attempted for the Ethiopian accident as well.

While there are still questions and issues with each respective airline’s management, training, and flight crews, Boeing still has substantial responsibility and liability and will undoubtably face many legal issues, civilly, and perhaps criminally, in the United States federal court system. A requested change of venue only exacerbates and continues to harm Boeing’s image and trustworthiness in the eyes of the public and Congress.

SWAPA is continuing to cooperate with the United Sates Justice Department’s Criminal Division in their subpoena of our records and information regarding the MAX. This and other SWAPA expenses relating to the MAX, as well as the loss of flying to our members is very expensive. SWAPA will be seeking compensation and reimbursement from Boeing for every dollar legally available to be challenged when the MAX issues are resolved.

Besides correcting their obvious mistakes, there are many things Boeing should do to gain the trust of the Pilots who fly the MAX. As the 737 has been modified and evolved, and stage length increased, there have been very little to no advancements for UV protection, enhanced window sun shades, reduction of flight deck noise, or flight deck crew seats and jumpseat ergonomics, health, safety and comfort. On the 737, pilots have basically been an afterthought as evidenced from the non-disclosure of MCAS to the aforementioned issues.

While there is ample information from the Lion Air accident, Ethiopian Flight 302 is an entirely different story. There is little hope of getting more cooperation, data, or information from that crash, except for perhaps a sanitized final accident report, which will probably not have the cockpit voice recorder (CVR) data or much else. The Ethiopian government and Ethiopian Airlines possess the data and information that is needed to answer the many remaining questions and provide a complete report.

As a member of the International Civil Aviation Organization (ICAO), Ethiopia is also technically required to comply with the Accident Investigation Section and Annex 13 – Aircraft Accident and Incident Investigation of the ICAO policies. However, in actuality, ICAO has very little enforcement and/or sanctioning authority.

Some of the questions and issues that still need to be answered and explored are:

Ethiopian Airlines depends on some of its revenue from being a member of the Star Alliance and the government of Ethiopia considers the airline important for the stability of the country. Also, Boeing is highly involved in ab initio pilot training programs and training overseas. In fact, in a CNBC interview that appeared on Monday, June 17, the Boeing CEO highlighted the pilot supply/demand issue in an effort to shore up future sales and profit from future flight training.

These issues taken together may present a conflict of interest, thereby further complicating a full, complete, and impartial investigation and may affect safety in the future. SWAPA will continue to lobby for one level of safety, qualifications, and training for flight crews worldwide, while requesting the FAA to use its position in ICAO to do the same.

In the future, Congress must address their 2004 decision where they mandated the FAA have authority to expand the role of aircraft manufacturers via an “Organization Designation Authorization” (ODA), delegating much of the FAA’s regulatory oversight to the very companies it oversees. In effect, Congress created much of the current ODA problem by reducing the FAA’s budget to conduct oversight internally and effectively. Any solution should provide a safeguard to prevent another flawed certification.

Part 25 of the Federal Aviation Regulations that address certification regulations and requirements may need to be examined. Although legally required by current Part 25 standards, there will invariably be a discussion of whether MCAS should have practically been required to be added to the MAX, and/or should the MAX have been a separate type rating to begin with. How type ratings should be promulgated and regulated in the future is already being discussed. SWAPA has been asked to comment on several proposed bills that address some of these issues, which are making their way through Congressional offices and committees.

As the MCAS problems are corrected, there are still issues with the new LEAP 1-B engines regarding coking, where residual fuel remains in the fuel nozzles after shutdown. This issue must be fully understood. SWAPA has specifically asked both Boeing and Southwest maintenance management whether the cool-down procedures for the LEAP engines is a contributing factor with coking. The answer remains no.

SWAPA pilots proved during SWA flights 1380 and 3472 that two fully trained and qualified pilots are essential to safely recovering a malfunctioning aircraft. As the most experienced 737 operators in the world, our obligation is to continue to mandate the very best training and qualifications for all. There must only be one level of safety. For lives lost and families destroyed, this is the very least we can do to prevent another tragedy from happening again. Safety isn’t just about being safe today, it is about being safer in the future.

The Southwest Airlines Pilots Association (SWAPA) expressed support for the Special Committee to review the FAA’s aircraft certification process announced this afternoon by the U.S. Department of Transportation.

“For the men and women of SWAPA, safety will always be paramount,” said Jon Weaks, SWAPA President. “SWAPA looks forward to assisting in determining whether improvements can be made to the FAA safety oversight and certification process. SWAPA also appreciates Secretary Chao’s leadership on these issues as well as SWAPA being asked to submit subject matter experts for consideration to the Special Committee.”

SWAPA looks forward to ensuring this endeavor is a success so the U.S. aviation industry will remain the safest in the world. 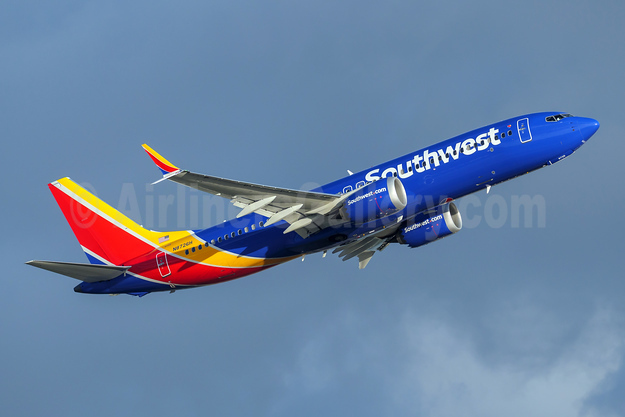 SWAPA, representing the pilots of Southwest Airlines, has this position on the Boeing 737-8 MAX 8, as stated by Jon Weaks, Union President:

As we continue to mourn the loss of life related to Ethiopian Airlines Flight 302, media, political and public interest remain high and, at times, in a near frenzy. I would like to brief you on the most current factual information SWAPA has received.

Both the Digital Flight Data Recorder (DFDR) and the Cockpit Voice Recorder (CVR) of ET302 have been recovered. Both of these recorders should be examined and read within the next week.

Also, today the FAA issued a Continued Airworthiness Notification to the International Community (CANIC). In it, the FAA said it “has dispatched personnel to support the investigative authorities in determining the circumstances of this event. All data will be closely examined during this investigation, and the FAA will take appropriate action if the data indicates the need to do so.”

The FAA further said that teams from the National Transportation Safety Board (NTSB), as the accredited representative, and the FAA, as Technical Advisors, are supporting the Ethiopian Accident Investigation Bureau.

The FAA acknowledged “external reports are drawing similarities between this accident and the Lion Air Flight 610 accident on October 29, 2018. However, this investigation has just begun and to date we have not been provided data to draw any conclusions or take any actions.” It is, however, important to note that there also have been reported eyewitness accounts that suggest this accident is not similar to the Lion Air crash.

In addition, the FAA listed ongoing activities it is overseeing:

Boeing’s plans to update training requirements and flight crew manuals to go with the MCAS design change include:

I have been in numerous conversations with Southwest Vice President of Flight Operations Captain Alan Kasher, who informed me that the MAX aircraft has 17,000 recordable parameters and Southwest has compiled and analyzed a tremendous amount of data from more than 41,000 flights operated by the 34 MAX aircraft on property, and the data supports Southwest’s continued confidence in the airworthiness and safety of the MAX.

I have also had conversations with TWU 556 President Lyn Montgomery, who represents Southwest Flight Attendants, AMFA National President Bret Oestreich, SWAPA Safety Committee and SWAPA Government Affairs Committee members, as well as leaders from other Pilot labor unions. I relayed to them that SWAPA is extremely confident that our entire fleet, including the MAX, is safe based on the facts, intelligence, data, and information we presently have. We fully support Southwest Airlines’ decision to continue flying the MAX and the FAA’s findings to date.

I will continue to put my family, friends, and loved ones on any Southwest flight and the main reason is you, the Pilots of SWAPA. We have lobbied hard for our training to continue to evolve and improve, and due to having the finest union Training and Standards Committee in the industry, that is
occurring.

We now have Extended Envelope Training (EET) in addition to our regular annual training and since SWAPA and others have brought awareness to the MCAS issue, we have additional resources to successfully deal with either a legitimate MCAS triggered event or a faulty triggered MCAS event.

SWAPA also has pushed hard for Angle of Attack (AOA) sensor displays to be put on all our aircraft and those are now being implemented into the fleet. All of these tools, in addition to SWAPA Pilots having the most experience on 737s in the industry, give me no pause that not only are our aircraft safe, but you are the safest 737 operators in the sky.

Let me also be very clear that SWAPA has not and will not hesitate to hold any organization or person accountable when the safety and or well-being of our passengers, our organization, our families, fellow Southwest employees or the traveling public are even remotely at risk. If we need to address additional factual information that may present itself in the future, we will do so forthwith and without hesitation to ensure the safety of all.