Trade Air on April 29 suspended its domestic operations in Croatia according to Croatian Aviation.

The suspension was due to the expiration of the PSO program. The airline is expected to operate the domestic routes again in June.

The Croatian government is expected to announce soon a new winner of the PSO program for the next four years.

The airline operated the following domestic routes under the program:

The airline still flies from Ljubljana to various destinations in Greece, Egypt, Turkey, Spain on Airbus A320 aircraft. 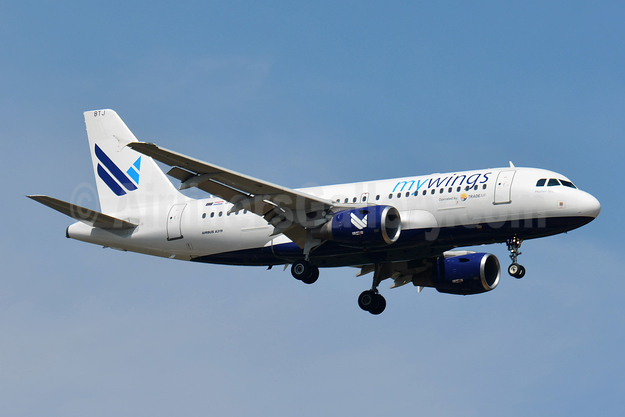 MyWings is a new airline based in Pristina, Kosovo.

Operations began on July 23 with 9A-BTJ.

Trade Air made this announcement:

Here is our new member of the Trade Air fleet, A319, registration 9A-BTJ, that we immediately engaged to fly to PRN from where it will operate under colors of MyWings for the rest of the summer. It’s proudly carrying the name “Nana Teresa” (“Mother Teresa”).

Previously the virtual airline used Air Mediterranean to operate its flights which began on June 28, 2020.