The aircraft will be delivered in 2020.

CDB Aviation, a wholly owned Irish subsidiary of China Development Bank Financial Leasing Co. Limited, entered into a new partnership with Elbe Flugzeugwerke GmbH to conduct the Passenger-to-Freighter (“P2F”) conversion of two Airbus A330-300 aircraft in 2021, which will be available for lease to airline customers from early 2022.

The A330-300 P2F conversion program marks CDB Aviation’s first entry into freighter conversion, advancing the lessor’s strategic efforts to deliver ever-more customized fleet solutions to customers, while tapping the long-term growth potential of the medium wide body freighter market. The A330 P2Fs are part of the existing fleet of 228 aircraft, in addition to the lessor’s further commitments for 150 in-demand, next-generation technology aircraft.

Boeing and Turkmenistan Airlines, the national carrier of Turkmenistan, today announced the airline’s plan to extend its long-haul operations by adding a fourth 777-200LR (Long Range) airplane to its fleet.

The commitment, valued at $346.9 million at list price, will be reflected on Boeing’s Orders and Deliveries website once it is finalized.

The new 777-200LR will be the 32nd airplane purchased by Turkmenistan Airlines from Boeing. Turkmenistan’s flag carrier, based in Ashgabat, operates 737, 757 and 777 aircraft models. The airline transports about 3,000 passengers daily in the country and nearly two million passengers annually on its international and domestic routes. 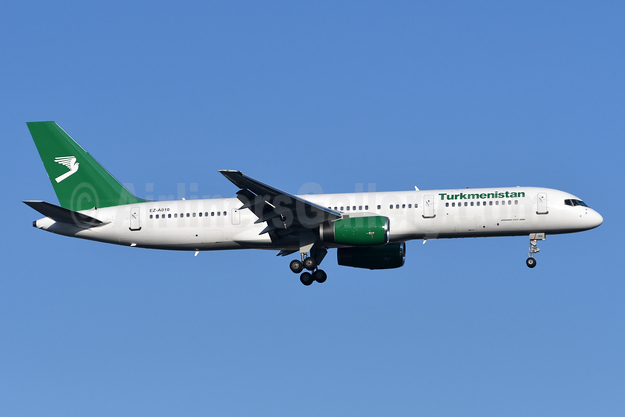 Turkmenistan Airlines on February 4, 2019 was banned by the European Aviation Safety Agency (EASA) from flying in European airspace due to its safety non-compliance.

The airline flies on a scheduled basis to Birmingham, Frankfurt, London (Heathrow) and Paris.

Following the decision on February 4, 2019, by the European Aviation Safety Agency (EASA) to suspend permission for Turkmenistan Airlines to operate services to the European Union, Turkmenistan Airlines flights from Birmingham and London Heathrow to Amritsar, and London Heathrow to Delhi – which fly via Ashgabat – are suspended with immediate effect.

The UK Civil Aviation Authority is required under European law to withdraw Turkmenistan Airlines’ permit to operate to the UK pending EASA‘s restoration of their approval that it meets international air safety standards.

Boeing (Chicago and Seattle) has delivered a 777-200 LR (Longer Range) (777-22K LR EZ-A778, msn 42296) passenger aircraft to Turkmenistan’s national flag carrier, Turkmenistan Airlines (Ashgabat). The airplane is the first of two new 777-200 LRs Turkmenistan Airlines has on order. The delivery coincided with the opening of a new terminal at the Ashgabat International airport.

Turkmenistan Airlines’ fleet modernization plan started in 1992 when the airline became the first in the Commonwealth of Independent States to order airplanes from Boeing. The airplane will join Turkmenistan’s fleet of airplanes, which currently include seven 717-200s, three 737-300s, four 737-700s, five 737-800s and four 757-200s.

Turkmenistan Airlines (Ashgabat) is preparing to order two additional Boeing 777-200 LR (Longer Range) aircraft according to this report by MENAFN.com.

Copyright Photo: Nick Dean. Please click on the photo for the aircraft information.

Turkmenistan Airlines (Ashgabat) is planning new international flights from Ashgabat to Astrakhan, Jeddah, Milan, Novosibirsk and Samara according to this report by Trend.

Copyright Photo: Antony J. Best. Please click on the photo for information on this carrier.

Turkmenistan Airlines (Ashgabat) is planning to order three additional Boeing 737-700 according to this Reuters report.