Sabre and Alaska have been engaged for the last year building the foundation for Alaska’s growth and superior customer experience.  The successful migration is an example of the companies’ deeply collaborative relationship. Now that the integration is complete, Alaska will expand its use of Sabre’s customer management technology across the enterprise to fulfill its brand promise, enhance retailing capabilities and offer guests the best options in an ultra-competitive environment.

In December 2017, Alaska Airlines renewed its longstanding partnership with Sabre, including access to full content through the global distribution system (GDS) and an expansion of Alaska’s passenger services system. Alaska Airlines and its regional partners fly 44 million guests a year to more than 115 destinations, with an average of 1,200 daily flights across the United States, Mexico, Canada and Costa Rica.

Alaska Airlines made this announcement on its blog:

At the airport, check-in takes place at Alaska’s ticket counters and kiosks. Regardless of where you’re flying, you’ll head for Alaska gates.

On the night of April 24, we’ll complete physical changes at 29 airports around the U.S. and Mexico that are served by both Alaska and Virgin America. The only branding and signage will now be for Alaska Airlines. Signs and screens will all change to Alaska branding at curbside locations, lobbies, ticket counters, gates and baggage areas. While there will be some Virgin America painted aircraft still flying for a period of time after April 25, tickets will be sold only under the Alaska name.

Alaska Airlines and Virgin America are now one airline – and with our regional carrier Horizon Air – we’re one family, all under the Alaska name and brand. Whether you’ve flown on Alaska for years, or on Virgin America, or you’re new to us – we’re proud to be your West Coast airline with great service, low fares and generous mileage awards.

Like most things at Alaska, we do things a little differently – with you in mind. Even when it’s things you don’t see.

As you can imagine, fully integrating two airlines takes time. We’ve already started painting some of Virgin America’s Airbus planes in Alaska colors. In the fall, we’ll begin installing new interior cabins in these Airbus jets. (For a period of time, a guest may board an Airbus plane with an Alaska exterior and a Virgin America interior). It’s expected to take until the end of 2019 for the completion of a single brand experience on all Alaska aircraft. 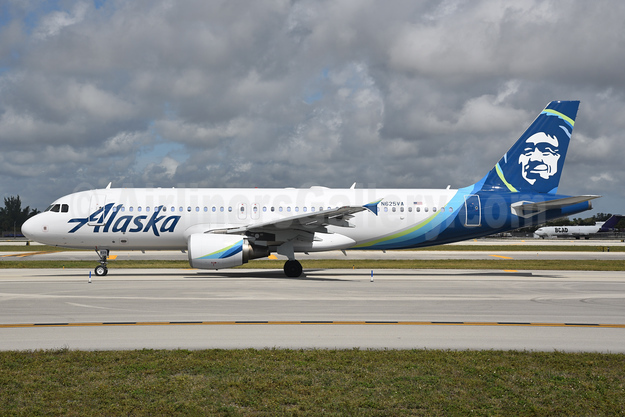 Alaska Airlines, Virgin America and the Association of Flight Attendants announced on February 14, 2018 announced they have reached a tentative merger agreement for the airline’s 5,400 flight attendants.

Virgin America flight attendants joined AFA in April 2017, shortly after the merger. Next steps for this work group include combining seniority lists, cross training on Boeing and Airbus, as well as integration of crew scheduling systems, which will be completed in 2019.

The existing five-year contract, which was approved by members in 2014, becomes amendable in December 2019. Alaska Airlines and AFA will begin negotiations for its first joint labor agreement later this year.

Under the Railway Labor Act, which governs collective bargaining agreements in the airline industry, contracts do not expire. Instead they become amendable.

Alaska Airlines Group issued this financial report for the 4Q and 2017:

“2017 was a great year – we invested in our route network, our fleet, our product, and laid the foundation for our future,” said Brad Tilden, Alaska’s CEO. “We added 44 new routes to our network (in addition to the 38 added through Virgin America), grew membership in our loyalty program, and made great progress on our integration of Virgin America. By early spring, we’ll have the bulk of the integration behind us, and working with our people to do more of what Alaska does best – running a highly reliable operation and offering our guests outstanding customer service.”

Copyright Photo: The first ex-Virgin America Airbus A320 has been repainted at Victorville. After this photo was taken, it was flown to San Francisco to enter revenue service from SFO. Alaska Airlines Airbus A320-214 N625VA (msn 2800) VCV (Derin Allard). Image: 940790.

Alaska Airlines (Seattle/Tacoma) yesterday (January 11, 2018) announced the Federal Aviation Administration (FAA) had now awarded to both Alaska Airlines and Virgin America a single Air Operators Certificate – AOC as Alaska Airlines. It is a significant milestone in the merger process.

Technically, this means Virgin America, yesterday went from an airline to just a brand. Today all operations of Alaska and Virgin America are under the Alaska AOC in the eyes of the FAA.

Virgin America was the creation of Sir Richard Branson (above) and his U.S. partners who wanted to reinvent airline service in the United States.

We will soon have a “Proudly All Boeing” Alaska Airlines painted Airbus aircraft.

For now, there are still two reservations systems but this is expected to change by April.

We are now witnessing the slow death of an airline brand that was very innovative. There is a sizeable amount of loyal customers shedding a tear or two today, especially on the U.S. West Coast.

Does this leave the door open for another innovative airline to come along? It is still unclear how many Virgin America ammenties and practices Alaska will keep. Alaska Airlines has stated it wants to keep the best parts of both airlines and to create an even better airline. It will be tough to duplicate the spirit of Virgin America.

For now, lets look back on this innovative and highly-regarded airline that is now fading away.

All photos by Virgin America.

Alaska Airlines made this announcement on its blog:

January 11, 2018 is a big day for Alaska Airlines. The company received a single operating certificate from the Federal Aviation Administration, which means the FAA now recognizes Alaska and Virgin America as one airline. It marks a major milestone in the integration of the two airlines.

Through that work, Alaska kept growing by adding 44 routes across its network, in addition to the 38 routes that were added with the acquisition of Virgin America.

Alaska now has the most West Coast nonstop destinations of any airline, and now offers nonstop service to 42 destinations from the Bay Area alone. And with 15 airline partners, Alaska can take its guests to more than 900 destinations around the world.

What does it mean for me?

When it comes to combining two companies, it’s a huge lift and takes a lot of effort. In working to obtain a single operating certificate, a dedicated team of employees from both carriers invested more than 70,000 hours to streamline and merge operating procedures, manuals and training programs.

Changes that benefit our guests

Alaska Airlines offers West Coast-inspired beer and wine choices. Over the summer, Alaska poured a rosé made with grapes from Washington’s Columbia Valley.

During integration, there have been a lot of accomplishments – large and small – to benefit guests:

The new year means continuing integration progress. Here’s a look at some of what’s ahead:

Every day, Alaska Airlines is focused on creating an airline people love, with great service and value, low airfares and a generous loyalty program. With caring employees and a constant commitment to safety, Alaska is eager to be the airline of choice on the West Coast, and ready for a 2018 filled with new accomplishments.

Alaska closed its purchase of Virgin America in December 2016. Since then, a tremendous amount of work and planning has been done to align the operating policies and procedures of the two carriers, which is part of the thorough regulatory requirements established by the FAA to achieve a single operating certificate.

More than 110 employees from both airlines worked to obtain the single operating certificate. They logged approximately 70,000 hours; reviewed 346 different operational topics across 136 manuals; analyzed more than 39,000 pages of material; and instituted roughly 1,500 changes to policies and procedures throughout 68 various manuals. More than 10,500 frontline employees have been trained on the updated policies and procedures. As part of the single operating certificate approval process, Virgin America flight attendants were issued iPhones for their work duties, matching their Alaska counterparts; Virgin America pilots are now going through a validation period to receive iPads, similar to Alaska’s pilots.

There has been a steady flow of accomplishments on integration. Among them, as of Jan. 1, the Virgin America loyalty program integrated with Alaska Mileage Plan, and the company transitioned to a single payroll and benefits program. The single operating certificate allows Alaska to continue integration work that can only be achieved with the certification. An additional milestone will be reached in March when an Airbus operations control center will be co-located with one for Boeing aircraft at Alaska’s Flight Operations Center in Seattle.

Alaska Airlines and Virgin America have unveiled their new Airbus A321neo recently delivered to Virgin America. The new airliner wears this special “Most West Coast” livery to celebrate the fact that both carriers cover the U.S. West Coast more than any other carrier.

N925VA was delivered on December 2, 2017 and has just adopted this special livery. N925VA has very small “Operated by Virgin America” titles near the nose, pending future painting with Alaska Airlines titles.

The Virgin America brand will be retired in 2019. The current Virgin America Airbus A319 and A320 fleet is expected to be repainted starting in early 2018.

Alaska Airlines on December 14, 2017 begins nonstop service between San Francisco International Airport and Kailua-Kona International Airport, the 31st new route launched by the carrier from Californiathis year. The new service is part of the largest network expansion in Alaska Airlines’ 85-year history and solidifies Alaska Air Group as the leading airline of nonstop flights from the West Coast to Hawaii.

Virgin America’s A320 family of aircraft will operate the new route, with three classes of service, power outlets throughout the cabin, custom leather seats with adjustable headrests and a selection of food and beverage inspired by local chefs.

Alaska Airlines, together with Virgin America and its regional partners, flies 40 million guests a year to more than 115 destinations with an average of 1,200 daily flights across the United States and to Mexico, Canada and Costa Rica.

“Our people delivered very strong results again this quarter,” said CEO Brad Tilden. “At roughly the halfway point in our integration with Virgin America, and despite some unrelated challenges in our regional operation, our business is performing well, and we are very happy with the response we’ve seen in California and throughout the West to our expanding network, our focus on hospitality, and to our industry-leading mileage plan. I want to thank our talented people for their commitment and dedication.”

The latest generation aircraft powered by CFM International’s LEAP-1A engines was handed over to the all-Airbus operator, at a ceremony in Hamburg, Germany.

Has Alaska decided to retain the Virgin America brand? 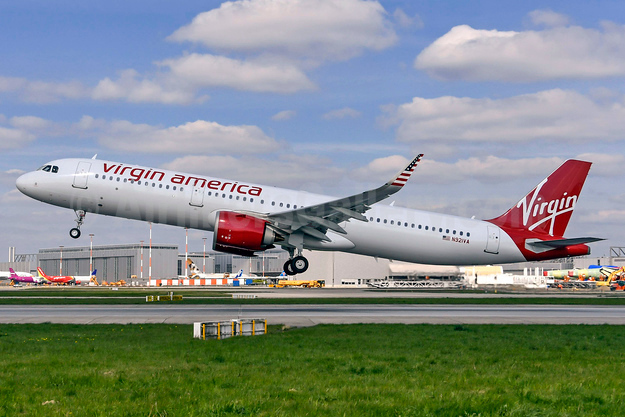