A Nordic initiative to drive the development of electric aircraft is now being launched. Funded by Nordic Innovation (an organization under the Nordic Council of Ministers), a platform is created where SAS together with other Nordic players gather.

“We will be a Nordic network that works with both infrastructure, industry issues and new business models,” says Maria Fiskerud, project manager for The Nordic Network for Electric Aviation (NEA).

“The transition to sustainable air travel is existential to us and the aviation industry. Therefore, it is vital to exchange knowledge with other stakeholders to gain speed in the development of electric aircraft for commercial use. We have high ambitions for our sustainability work and we already collaborate with Airbus, among others, regarding the electrification of aviation,” says Lars Andersen Resare, Head of Environment and CSR at SAS.

There are four focus areas with clear objectives for driving the growth of electric aircraft: to Standardize electric air infrastructure in the Nordic countries, to Develop business models for regional point-to-point connectivity between Nordic countries, to Develop aircraft technology for Nordic weather conditions, and to Create a platform for European and global collaborations. 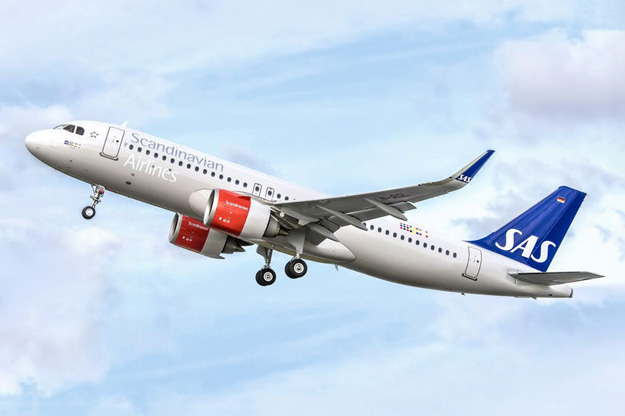 Scandinavian Airlines (SAS), has taken delivery of its first of 30 A320neo aircraft ordered, becoming the first Arline in Scandinavia to operate the world’s most fuel efficient single aisle aircraft.

SAS ordered the A320neo as part of its strategy to modernize its fleet with more fuel-efficient aircraft, reducing environmental impact such as emissions and aircraft noise. The A320neo will join SAS’s existing Airbus fleet of 25 A320 Family aircraft, eight A330s and eight A340s.

SAS’s A320neo is configured in a comfortable single class layout with 174 seats. The aircraft is powered by CFM International LEAP-1A engines and will be deployed on short to medium-haul routes from its Scandinavian home bases to destinations throughout Europe. 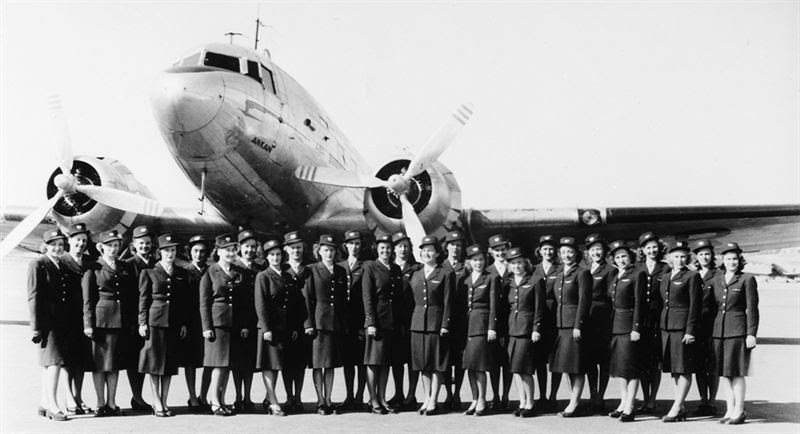 Scandinavian Airlines-SAS made this announcement:

On August 1, SAS celebrates 70 years as pioneers in the sky. The first flight, Stockholm to New York, took place on September 17th the same year.

August 1, 1946 was the starting point for Scandinavia’s preferred airline through the merger of the Norwegian, Danish, and Swedish international airline operations. On September 17 of the same year, 28 specially invited guests gathered for the inaugural flight with SAS’ new DC-4 “Dan Viking” from Stockholm to New York. The journey took 25 hours with intermediate landings in Copenhagen, Prestwick in Scotland and Gander on Newfoundland. The true history of SAS had begun.

Pioneers in the sky – then, now and in the future

Through the decades, SAS has launched the world’s first around-the-world service, in-flight entertainment system, tourist class and sleeper seats. SAS was the first airline to offer separate check-in and lounges, and we hired the first female commercial pilot. SAS was also first to implement green approaches, saving aircraft fuel and reducing emissions. These historic examples have paved the way to where we stand today, focusing on making life easier for Scandinavia’s frequent travelers.

SAS is currently investing in new innovations and smart digital solutions to make travel an easier, faster and more personal experience. Making life easier involves features like upgraded SAS Lounges, new SAS Café Lounges as well as Fast Track. SAS loyalty & frequent flyer program, EuroBonus, was founded in 1992 and now has more than 4.5 million members. EuroBonus members can accumulate points on flights, hotel stays, car rentals and even on everyday purchases. The points can be redeemed at either SAS or our many partners.

SAS Labs is developing some radical new ideas and innovations for the future of travel; from airplane boarding passes contained under your skin to smart and personalized luggage tags. This autumn, all of our cabin crew will be equipped with Cabin Crew Devices. These iPad Minis will make their work easier, as well as giving them the opportunity to give SAS travelers even better service. The devices will make it possible to check such things as the status of luggage transfers, flight connections and EuroBonus membership information.

SAS environmental vision is to be a part of long-term sustainable society. We believe that it should be possible to fly with no fossil fuel CO2 emissions by 2050. Some of SAS main focus areas are biofuel, fuel efficiency measurements, green flights, and a new more fuel-efficient fleet.

During the last few years SAS has invested in the largest intercontinental expansion in the company’s history to and from USA and Asia. All with SAS new upgraded cabin. In the past twelve months SAS has opened new direct routes from Scandinavia to cities such as Hong Kong, Los Angeles and Boston and will be opening a direct route from both Copenhagen and Oslo to Miami in September. September is also the month SAS will celebrate the first flight between Scandinavia and the US.

1920 DDL is listed on the Copenhagen Stock Market

1957 SAS is the first airline to offer “round the world service over the North Pole.” North Pole Shortcut Copenhagen – Anchorage – Tokyo. 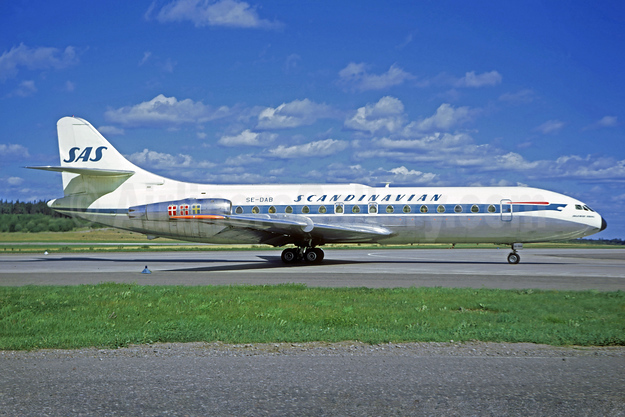 1959 SAS enters the jet age. The first jet aircraft, Caravelle (above), in service.

1965 SAS is first to introduce and electronic reservation system.

1967 DNL is listed on the Oslo Stock Exchange. 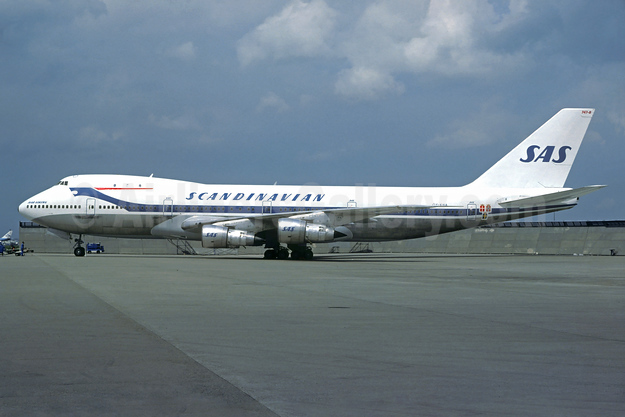 1980 SAS opens its first hotel outside of Scandinavia, the SAS Kuwait Hotel. SILA is listed on the Stockholm Stock Exchange.

1981 SAS EuroClass is introduced on all European routes.

1982 SAS is the most punctual airline in Europe for the first time.

1994 Focus on airline operations in the SAS Group – sale of a number of subsidiaries.

1997 SAS is one of the founders of Star Alliance.

1999 The SAS Group becomes a majority owner of Widerøe.

2001 A single SAS share is established. On July 6, SAS is listed on the stock exchanges in Stockholm, Copenhagen and Oslo. Braathens is acquired by the SAS Group in December.

2009 To facilitate the implementation of Core SAS a rights issue of appr SEK 6 billion was carried out.

2010 To further strengthen the financial preparedness and complete Core SAS a rights issue of appr SEK 5 billion was carried out.

Scandinavian Airlines-SAS (Stockholm) is opening for sales of tickets to two new Scandinavian destinations from Miami. The routes to Norway’s capital Oslo and to Denmark’s capital Copenhagen will be served four and three times a week respectively and thus offering 190,000 seats yearly to and from Miami and Scandinavia.

SAS is the first airline to serve Miami International Airport with direct routes to Oslo and Copenhagen with first flight to Copenhagen on September 28 and to Oslo on September 29, 2016. The year round routes will be served with an Airbus 330-300 redesigned with completely new and ultra modern cabins. Departures to Copenhagen are three times weekly Wednesday, Friday and Sunday, and departures to Oslo are Monday, Tuesday, Thursday and Saturday. 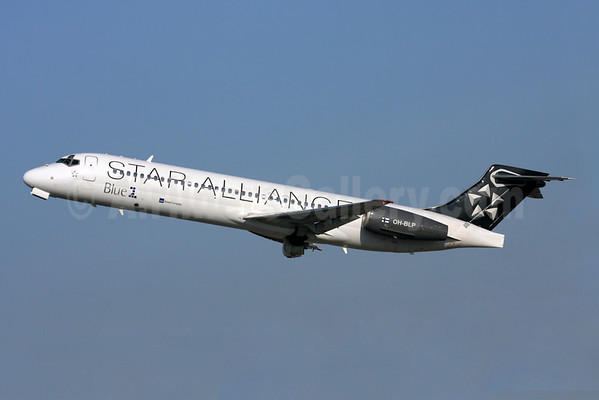 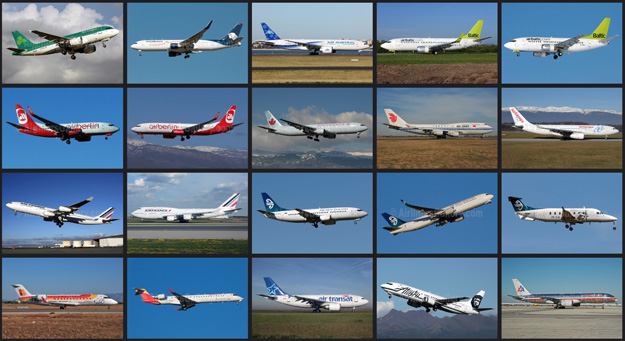 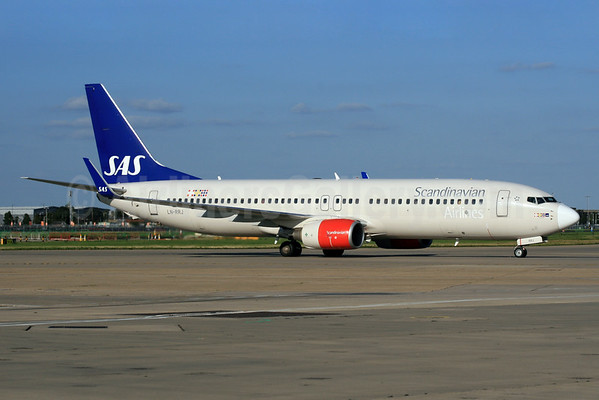 Scandinavian Airlines-SAS (Stockholm) is planning to launch eight new routes next summer. The airline made this announcement:

SAS continues to open new direct routes, providing nearly 600,000 more seats from Scandinavian airports in its 2016 summer timetable. More departures are also being added on a number of popular routes.

As the summer timetable gradually comes into effect from the end of March, SAS customers will be able to look forward to new direct year-round routes from Copenhagen to Reykjavik, Vienna, and Krakow, and from Stockholm to Gdansk. Krakow and Vienna are particularly popular holiday destinations, while Reykjavik and Gdansk both attract business and leisure travelers.

The new additions next summer also serve in-demand holiday routes during the peak season. During the summer, SAS will fly from Stockholm to the Greek island of Mykonos, from Copenhagen to Faro in Portugal, from Aarhus to Palma de Mallorca, and from Stavanger to Paris.

SAS is during the summer high season providing over 100,000 more seats to and from vacation destinations compared with last year.

As well as the new routes, SAS is also enhancing its offering to and from Oslo with an additional daily departure on five key business routes. From April 2016, there will be flights to Aberdeen and Düsseldorf twice a day, to Brussels and Billund three times a day, and to Bodø eight times a day.

In addition to the new direct routes from Scandinavia to popular European destinations, SAS recently launched new direct year-round routes to the US in 2016: from Stockholm to Los Angeles, from Oslo to Miami, and from Copenhagen to Miami and Boston.

With the new routes to the US, SAS is opening a total of 12 new routes from Scandinavian airports in 2016. The new routes and additional departures mean that during the summer season SAS will be providing 579,000 extra seats compared with last year.

Copenhagen-Vienna
Departures from Copenhagen on SK695, on Monday, Tuesday, Friday, and Sunday. During the summer peak season, departures on Monday and Thursday. First departure: March 24, 2016.

Stockholm-Mykonos:
Departure from Stockholm on SK2739 on Saturday. First departure: May 21, 2016. 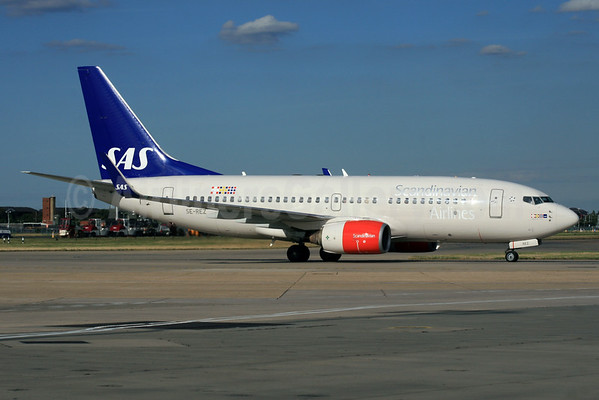