JAL Express (Tokyo-Haneda) today (October 1) was merged into its parent JAL-Japan Airlines (Tokyo) as planned. JAL Express operated its last flight yesterday. The JAL Express titles are being removed from the aircraft.

JAL Express started operations on July 1, 1998 as a low-cost subsidiary.

United Airlines’ (Chicago) application to serve Tokyo’s downtown Haneda Airport from its San Francisco hub has received final approval from the Department of Transportation (DOT), beating out Hawaiian Airlines. United will launch the new route on October 26 with Boeing 777-200 aircraft.

According to DOT, “under a U.S.-Japan agreement, U.S. airlines may operate a total of four daily round-trip flights per day at Haneda Airport, where operations are limited. As a result of prior proceedings, the four flights have been operated by Hawaiian Airlines from Honolulu; Delta Air Lines from Los Angeles and Seattle; and, until December 2013, American Airlines from New York (JFK).

Update: On Monday May 12 United issued this statement:

Haneda Airport will be the tenth trans-Pacific destination that United serves nonstop from San Francisco, and the third new Asia-Pacific airport – also including Taipei and Chengdu – for United this year.

Flight 875 will depart San Francisco International Airport daily at 6:35 p.m., arriving at Haneda Airport at 10:05 p.m. the following day (all times local). On the return, flight 876 will depart Haneda daily at 12:05 a.m., arriving in San Francisco at 5:15 p.m. the previous day, after crossing the International Date Line. Flying times will be approximately 11 hours, 30 minutes westbound and 9 hours, 10 minutes eastbound.

Effective November 2, 2014, San Francisco arrival and departure times will be one hour earlier due to the end of daylight saving time.

Skymark Airlines (Tokyo-Haneda) will place its new Airbus A330-300 into revenue service on April 18 according to ZipanguFlyer. The initial route will be from Tokyo (Haneda) to Fukuoka five times a day.

Copyright Photo: Olivier Gregoire/AirlinersGallery.com. The first Airbus A330, the pictured A330-343 F-WWKH (msn 1483) at Toulouse will become JA330A when it is delivered to the carrier around March 1.

Japan Airlines-JAL (Tokyo) on January 20, 2014 will launch its new “JAL Sky Suite 777” service from Tokyo (Narita) to Chicago (O’Hare). This will be followed with Narita-Frankfurt service starting in April 2014. 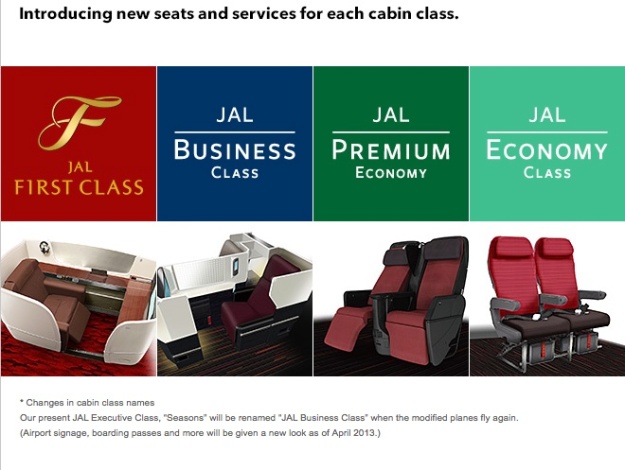 Copyright Photo: Akira Uekawa/AirlinersGallery.com. Operated domestically, JAL’s new and second special livery to support Japan’s national team for the Sochi 2014 Winter Olympics in Russia has been introduced. The pictured Boeing 777-346 JA8942 (msn 28394) features the image of figure skater Mao Asada on the fuselage. JA8942 entered revenue service on December 26, 2013 with the new markings and is seen on the short final to runway 34L at Haneda Airport in Tokyo on December 28, 2013.

ANA (All Nippon Airways) (Tokyo) and Garuda Indonesia (Jakarta) have announced a comprehensive partnership under which the two airlines will code share on flights between the two countries and will allow passengers to be able to collect and redeem miles on Frequent Flyer Program of both airlines.

From March 30, 2014, ANA will operate new route between Tokyo’s Haneda Airport and Jakarta Airport, followed by Garuda Indonesia opening the same route from the first quarter of 2014. These new flights will increase the number of weekly flights operated by the two carriers between Japan and Indonesia to 53 – comprising 14 ANA flights and 39 Garuda Indonesia flights. Both airlines will be providing improved and expanded customer service concurrent with this agreement and network expansion.

The two airlines will also start discussions on a partnership between their respective mileage programs. The details of joint mileage program, including the start date, will be announced separately on both companies’ websites when decided.

Air France is the only airline to offer night flights between Tokyo-Haneda airport and Paris-Charles de Gaulle.

In other news, starting on January 12, 2014, Air France will increase by 25 percent its capacity to Kuala Lumpur with a Boeing 777-200 equipped with a new “leisure” configuration offering additional seats for customers. The aircraft will offer a seat capacity of 309 seats (35 in Business class, 24 in Premium Economy and 250 in Economy) compared with 246 when this frequency was first launched. Spurred by the successful launch of this destination in April 2013, the Company is thus increasing its service to the Malaysian capital.

Copyright Photo: Michael B. Ing/AirlinersGallery.com. On October 7, 2013, Air France celebrated its 80th anniversary. For the occasion, an Airbus A380 is now sporting AF’s birthday colors. The aircraft, a reference in terms of comfort and eco-friendliness, will bring AF’s passion for adventure and innovation high into the sky. And it will not be the only aircraft to do so: a new A320, equipped with “Sharklet” winglets, will also be decorated for AF’s 80th birthday. Airbus A380-861 F-HPJI (msn 115) with the special 80 ans-years logo arrives in Los Angeles. 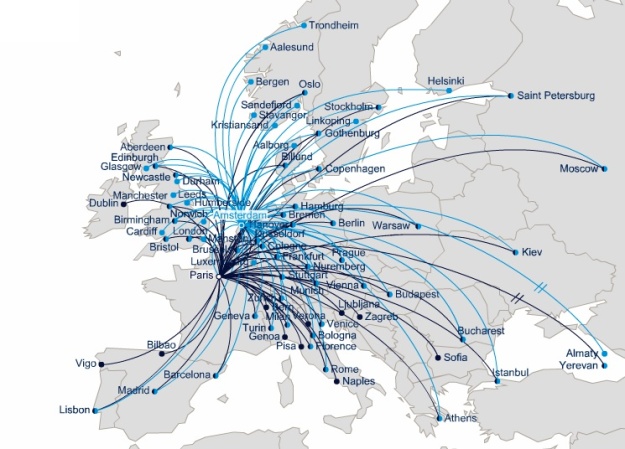