I have started the ultimate digital photo library of the fascinating world of airliners and airlines. The goal is to have the complete history of all airlines and the various aircraft operated. I have been photographing airplanes since 1965. Join us in this adventure.

Aegean Airlines made this announcement:

The increase resulted the repeatedly enhanced investment at the international network, which continues to be the main driver of growth with 8.7 million passengers, an equivalent to an 11% increase. This increase was driven both from the Athens hub (+11%) as well as the regional bases of Thessaloniki, Heraklion, Chania, Rhodes, Kalamata (+ 8%) where they are growing at a significantly larger pace compared to the general trend of the country, which shows signs of reduction.

Domestic traffic also reported a marginal increase of 3%, despite the remaining significant burden of increased passenger VAT, which remains for four consecutive years (2016-2019) at 24%.

Dimitris Gerogiannis, CEO of Aegean, commented “We achieved an 11% growth in international traffic and a 7% overall for 2019 by expanding our capacity mainly at the beginning and end of the traditional tourist season. We will continue to invest in expanding the tourist season and by offering enhanced quality services for our customers as this is at quest for achieving both sustainable development and growth for the company, tourism industry and the country.”

Wizz Air has announced the allocation of a ninth aircraft to its Vienna base. The new Airbus A321 will join the fleet on July 1, 2020, enabling the start of five new routes from Vienna to Alghero, Corfu, Faro, Podgorica and Suceava as well as the increase of frequencies of the airline’s existing Milan, Rome, Málaga and Porto routes.

Wizz Air opened its Austrian base at Vienna International Airport in June 2018.

Together with these five new services Wizz Air now offers 49 routes to 27 countries from Vienna.

In 2019 the airline has carried more than 2.2 million passengers on its Austrian routes which accounts for a 370% year on year growth. Together with the five new routes, and the frequency increases announced today Wizz Air will offer over 4.1 million seats in the airline’s Austrian network in 2020, which represents a 70% year on year growth. WIZZ’s fast-growing operations in the country will further stimulate the local economy, by increasing employment in Austria’s aviation and tourism sectors and supporting more than 3,000 local jobs in the associated industries** in 2020.

*One-way price, including administration fee. One carry-on bag (max: 40x30x20cm) is included. Trolley bag and each piece of checked-in baggage is subject to additional fees. The price applies only to bookings made on wizzair.com and the WIZZ mobile app. Number of seats at indicated prices are limited.

Flybondi, the first low cost airline in Argentina, reported its results for December 2019 with indicators of excellence in its performance. During the last month of the year, the destinations of its domestic flights were consolidated with a load factor of 90%, which puts the airline on the podium of the industry with the best indicator. Moreover, the airline had 89% punctuality on its flights and broke records of transported passengers: more than 143,000 chose to fly low cost to reach their destinations.

Also, this month, the route to Florianopolis, its second destination in Brazil, began to operate and launched the route to Porto Alegre for sale, which together with San Pablo will be the first routes to open in 2020 (March and January respectively).

In this way, Flybondi offers a total of 20 destinations that connect through its 25 routes: 6 regional and 19 cabotage. It is important to highlight that the company’s offer for domestic flights includes routes that for more than 20 years had no new air offers, such as Posadas, Corrientes or Santiago del Estero, and some interprovincial connection routes such as Córdoba-Salta, Rosario-Iguazu, Córdoba-Neuquén. Approximately 20% of Flybondi customers travel on these routes, which do not pass through Buenos Aires.

With the new connections incorporated, Flybondi has established itself as the country’s leading low cost with more than 2,400,000 passengers transported, of which 480,000 are people who traveled by plane for the first time in their lives. For much of the year it was positioned as the third largest airline in the country with a market share of 9% and 15% on those routes to which it flies.

Shortly after completing 2 years of operation, Flybondi reinforces its commitment to generate a positive impact on the development of the Argentine air market, with a clearly federal objective and ensuring always offer a service with the highest standards of quality and safety, and with the lowest rates in the market.

– Only low-cost airline to connect Argentina with Paraguay, Uruguay and Brazil.

– Airline with the best occupation in Argentina and third in Paraguay

Destinations to which it flies

WestJet today is bridging new domestic connections between the east and the west with the introduction of new nonstop seasonal service between Charlottetown, P.E.I., and Calgary beginning June 25, 2020. 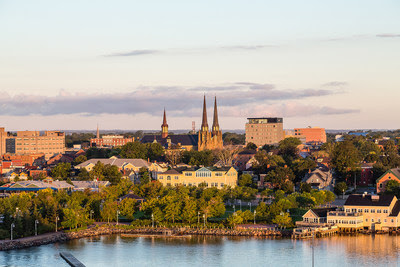 WestJet has served Prince Edward Island and the city of Charlottetown since 2005 and flights have more than doubled since introducing service. This summer, the airline will offer more than 67,000 seats to YYG, an increase of more than 20,000 from last year and in peak season will operate up to 20 flights per week from Charlottetown to Toronto and Calgary.

By June 2020 from Calgary, WestJet’s hub and home, the airline will operate more than 1000 flights per week in peak season to 57 destinations out of Calgary International Airport. More Calgarians choose WestJet for their air travel than any other airline.

Details of WestJet’s service between Charlottetown and Calgary:

With this expanded network, Delta will offer 41 daily non-stop options between 10 U.S. airports and Miami, with all flights offering Delta’s award-winning First Class and Delta Comfort+ product, in addition to the carrier’s signature operational reliability and industry-leading service. Delta’s partnerships today extend its Miami reach across the globe to 12 international nonstop destinations, with LATAM offering 10 additional international destinations from Miami.

In addition to providing Delta’s Miami-based customers with more options throughout the airline’s network, Delta’s new flight schedule will be timed to maximize connectivity with LATAM. The two airlines are conveniently co-located at MIA, allowing swifter connecting times for customers.

The new flights will be available for sale beginning Saturday, Jan. 18, 2020, and will begin operating by summer 2020.

Delta’s increased service into MIA is part of the carrier’s developing partnership with LATAM, announced late last year. This strategic partnership would bring together the leading airlines in North and South America, offering significantly expanded travel options for customers with access to 435 destinations worldwide.

Together, Delta and LATAM will create the most comprehensive combined carrier network throughout the Americas, carrying more passengers between North and South America than any other partnership. Customers will benefit from significantly expanded travel choices across the Americas and an industry-leading, increasingly seamless customer experience, including reciprocal loyalty program benefits. The enhanced cooperation is subject to governmental and regulatory approvals.

The schedule for Delta’s new MIA flights is as follows:

A portion of travel for some itineraries may be on Delta Connection® carriers.

airBaltic in 2019 has carried 5,049,317 passengers or 22% more than the year before to its network. It is the highest number of passengers carried in airline’s history.

Spirit Airlines is adding Oakland (OAK) nonstop service to and from Fort Lauderdale/Hollywood (FLL) on April 1, making Spirit the only airline flying OAK to FLL nonstop.