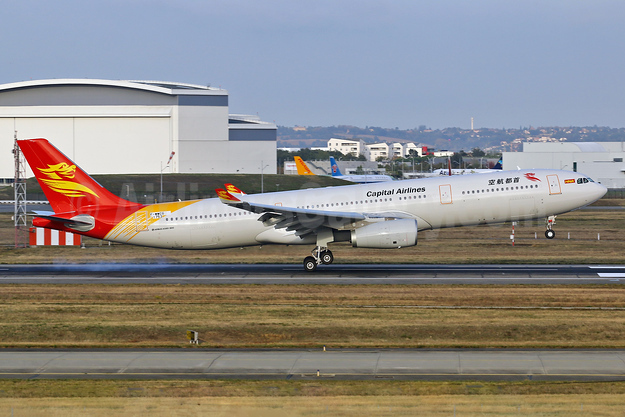 Beijing Capital Airlines (Capital Airlines) will launch a nonstop service between London (Heathrow) and Qingdao on November 17, 2017, following the announcement of its Sydney–Qingdao nonstop service commencing on October 30, 2017. The new Airbus A330 twin-aisle wide-body aircraft is scheduled to operate on the route, twice a week on Monday and Friday.

Often called the Switzerland of the Orient, Qingdao is located at the southern end of the Shandong peninsula. The city is an important transportation hub along China’s eastern coast and a main port of entry for travelers arriving from abroad as well as a key exit point for travel outside of the country. At present, passengers flying from Qingdao to Londonneed to transfer in Beijing, Shanghai, Guangzhou or Hong Kong. Now, with the London–Qingdao service, the first nonstop service between the two cities, passengers can save significant time in transit, eliminating the need to switch aircraft while on route as well as avoid what can often amount to many hours of wait time at the intermediary airport. With only 12 flying hours, the nonstop service provides a convenient air bridge for passengers from Qingdao and surrounding areas to London.

The launch of the London–Qingdao nonstop service is part of Beijing Capital Airlines’ roadmap for ongoing global expansion as well as the accelerating of the establishment of its global network. The new route is Beijing Capital Airlines’ first nonstop service to London, closing a gap that the airline needed to fill in terms of the UK market while growing the network and providing passengers with the convenience of a more diversified set of travel choices.

The Airbus A330-200 will be leased from Garuda Indonesia.