Dubai Aerospace Enterprise (DAE) Ltd. today announced that it has delivered the first of 18 Boeing 737 MAX 8 aircraft to American Airlines as part of the Purchase and Leaseback agreement signed with American in the third quarter of this year. Delivery of the remaining aircraft is expected to be completed in the coming months.

DAE-Dutch Antilles Express (Curacao) has been barred from flying to Venezuela due to safety concerns cited by the INAC. Venezuela is its main market. DAE will take legal action against INAC and will continue operations to other destinations including Miami and Orlando. The airline will also ask the government of Curacao to take similar actions against Venezuelan carriers according to this report by El Universal.

In other news, DAE is considering upgrading its McDonnell DC-9-83 (MD-83) fleet (operated by Falcon Air) with newer Airbus A319s or A320s. Falcon Air would acquire and operate the new aircraft for DAE.

Update: The airline suspended operations on August 24, 2013 and declared bankruptcy. 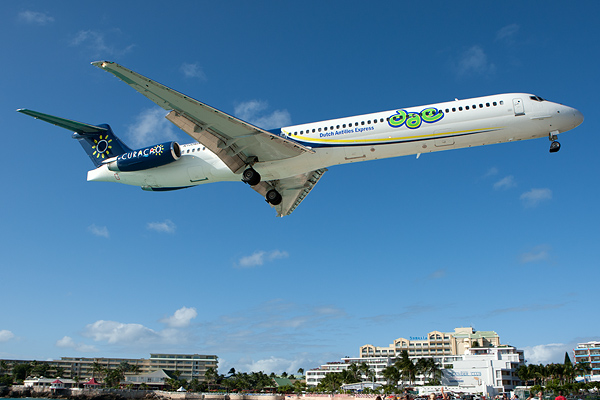 DAE-Dutch Antilles Express (Curacao) will add Miami on May 11. The Caribbean airline will add daily nonstop service between Curacao and Miami with this McDonnell Douglas DC-9-83 (MD-83) N120MN (msn 53120) operated by Falcon Air Express which also makes its return to MIA.