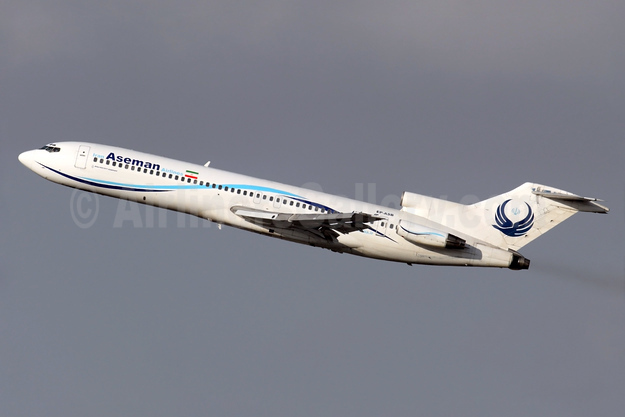 The last flight (EP 851) was operated from Zahedan (ZAH) to Tehran (Mehrabad Airport) (THR) on January 13, 2019 according to Aviation Iran.

The pictured EP-ASB was originally delivered to Air France as F-GCDB on April 11, 1980 and has been flying passengers for almost 39 years.

ATR 72-212 EP-ATS was operating the flight in bad weather with 60 passengers and six crew members. The aircraft disappeared from radar over the Zagroz Mountains. The wreckage has now been found at around 13,000 feet. There are no survivors.

All 66 passengers and crew were believed to have been killed in a plane crash in central Iran on Sunday, an airline spokesman said, after the domestic flight came down in bad weather in a mountainous region.

The ATR-made plane was on a flight to the southwestern city of Yasuj and a spokesman for the airline said there were 60 passengers and six crew aboard.

Rescue helicopters were unable to land at the probable crash site because of heavy fog and emergency workers were searching the mountainous area by land, the television report said.

“Heavy snow is making it difficult for rescuers to find the site of the crash,” a television reporter accompanying rescue teams told state television.

Supreme Leader Ayatollah Ali Khamenei and President Hassan Rouhani issued messages of condolences and the president asked the transport minister to lead an investigation into the crash.

Mehrabad is located in western Tehran and mainly functions as a domestic airport, although it also serves some international routes.

Iran has suffered several plane crashes in the past few decades. Tehran says U.S. sanctions have long prevented it from buying new aircraft or spare parts from the West. The crashed ATR was 25 years old, officials said. 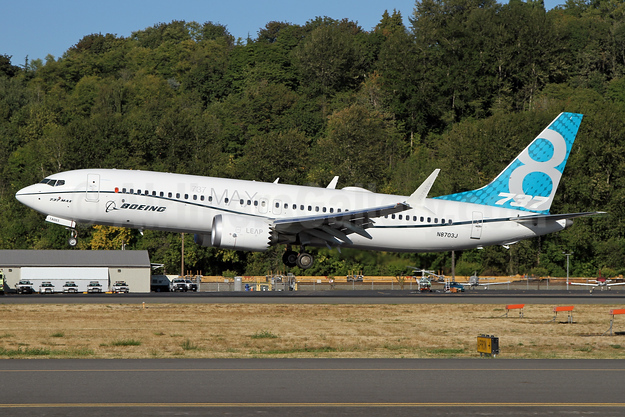 Boeing confirms the signing of a Memorandum of Agreement (MOA) with Iran Aseman Airlines, expressing the airline’s intent to purchase 30 Boeing 737 MAX airplanes with a list price value of $3 billion. The agreement also provides the airline with purchase rights for 30 additional 737 MAXs.

According to the U.S. Department of Commerce, an aerospace sale of this magnitude creates or sustains approximately 18,000 jobs in the United States. Deliveries would be scheduled to start in 2022.

Iran Aseman Airlines (Tehran) launched twice-weekly flights between Tehran and Stockholm (Arlanda) on September 1, delayed from the original planned date of May 2.

Iran Aseman Airlines (Tehran) continues to operate the Boeing 727 as both a passenger aircraft and as a freighter, one of the last operators of the venerable trijet. The airline started operations in 1980. Iran is currently under international sanctions.

Copyright Photo: Paul Denton. The 175-seat Boeing 727-228 EP-ASB (msn 22082) operated a flight to Dubai today with passengers. The airframe was originally delivered new to Air France as F-GCDB on April 11, 1980 (almost 33 years ago)! The airliner has also flown with Air Charter and Euralair before Iran Aseman acquired the aircraft on October 7, 1994. In late 2012 the company repainted the aircraft adding a new blue tail with a new white tail logo. This 727 keeps on flying with passengers!

Please click on the map for the full-size view.

Iran Aseman Airlines (Tehran) announced is in negotiations to acquire six used Airbus A320s from an undisclosed source according to this report by Reuters.

Iran Aseman Airlines (Tehran) yesterday (August 11) had a Fokker F.28 Mk. 0100 (Fokker 100) make a hard landing at Isfahan, Iran causing a tire to burst and a resultant fire in the wheel. There were no injuries.