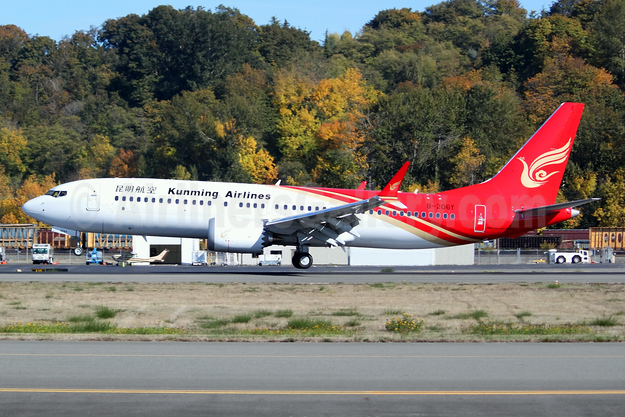 Kunming Airlines has joined the Boeing 737 MAX Club with the delivery of its first Boeing 737-8 MAX 8.

The first MAX 8 will join Kunming’s Boeing 737 fleet of 25 airplanes and will use the MAX’s longer range capabilities to extend their network.

The airline commenced operations on February 15, 2009 from Kunming to Changsha and Harbin.

The commitment, valued at $897 million at current list prices, is subject to the approval of the Chinese government and will be posted on Boeing’s Orders & Deliveries website once all contingencies are cleared.

Kunming Airlines, based at Changshui International Airport in the capital city of Yunnan province, began operations in 2009. The carrier currently serves more than 25 cities across China by operating a fleet of 10 Boeing 737-700s and five 737-800s.