Palau Pacific Airways (Koror, Palau) has been forced to halt operations after a dramatic drop in Chinese passengers. The carrier served both Hong Kong and Taipei.

China has designated the country of Palau as an “illegal tour destination” and prohibited its citizens from visiting Palau, hence the dramatic drop.

Palau officially established diplomatic relations with Taiwan in 1999. China had been threatening to banned airlines and destinations that did not recognize Taiwan as part of China.

The airline had just introduced a new livery (top).

The other route to Taipei, Taiwan was not enough to sustain the tiny airline.

The airline commenced operations on November 11, 2014.

AirExplore had been supplying the aircraft and crews. 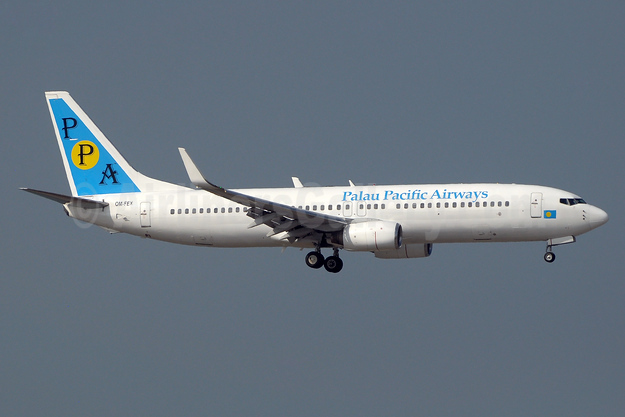