Centurion Cargo (Miami) will restore the Miami-Amsterdam route on February 19 with Boeing 747-400F freighters per Cargo Facts. The carrier dropped its only European route last year. The company is restoring services and redeploying its previously parked aircraft.

AAWH recently placed three incremental Boeing 747 freighters, a 747-8F and two 747-400Fs, into ACMI service for the benefit of DHL Express and Etihad Cargo, the fast-growing freight division of Etihad Airways. The placements increase the number of our aircraft in ACMI to 22 from 19.

In addition, AAWH recently announced the expansion of our 767 CMI service in North America for DHL Express. This expansion covers four incremental 767-200 freighter aircraft owned by DHL that we expect to begin flying during the first quarter of 2015.

Profitability in our ACMI business during the third quarter reflected an increase in 747-8F revenue and an increase in CMI flying, offset by an increase in maintenance expense on our -8F aircraft and lower 747-400 flying by certain ACMI customers.

In Dry Leasing, revenue and profitability grew following the addition of three 777F aircraft in January 2014 and two in July 2013, which raised our 777F fleet count to six. Each of these aircraft are leased to customers on a long-term basis.

Results in AMC Charter benefited from an increase in block hours and aircraft utilization, partially offset by a decrease in revenue per block hour due to a reduction of the average “pegged” fuel price set by the AMC. Stronger than expected demand for cargo flying and incremental passenger flying as a result of former competitors exiting the AMC Charter market drove contribution growth in the third quarter.

Profitability in Commercial Charter primarily reflected an increase in volumes and improvement in aircraft utilization compared with the third quarter of 2013. Charter operations during the quarter benefited from the broad-based uptick in demand, partially offset by additional travel and ground handling expenses from flying to high-cost locations.

Reported earnings for the period included an effective income tax rate of 29.1%, reflecting the ongoing beneficial impact of lower taxes for certain foreign subsidiaries in our Dry Leasing business.

The change in position reflected cash provided by operating and financing activities offset by cash used for investing activities.

Net cash used for investing activities during the first nine months of 2014 primarily related to the purchase of three 777F aircraft for our Dry Leasing business.

Net cash provided by financing activities primarily reflected proceeds from the issuance of debt in connection with the acquisitions of these aircraft. Those proceeds were partially offset by payments on debt obligations and debt issuance costs.

Future repurchases under our remaining $45.0 million authority may be made at our discretion, and the actual timing, form and amount will depend on company and market conditions.

Airfreight volumes continue to improve, and recent industry reports suggest that airfreight demand will grow by several percentage points in 2014 – outpacing supply and driving the first real growth since 2010. We are seeing a general increase in demand across all regions, with the greatest growth in the transpacific market. An increase in online shopping and several new high-tech product launches during peak season also continue to favor airfreight.

For the full year, the company expects to fly approximately 160,000 block hours, with more than 70% in ACMI, approximately 10% in AMC Charter, and the balance in Commercial Charter. The Dry Leasing segment should show dramatic growth compared with 2013. While our share of military flying, mainly in passenger service, has increased due to our ability to capitalize on additional flying opportunities and a reduction in the number of carriers serving the market, we expect an overall decline in military demand in the fourth quarter of 2014 compared with 2013.

The company also expects aircraft maintenance expense to total approximately $190 to $195 million in 2014, primarily due to performing several conditions-based engine overhauls for our 747-400 fleet during the fourth quarter. Depreciation this year is anticipated to total approximately $120 million, and core capital expenditures are expected to total about $30 to $35 million, mainly for spare parts for our expanded fleet.

UPS has announced diluted earnings per share of $1.32 for the third quarter 2014, a 13.8% improvement over the prior year period. Operating profit increased 8.3%, resulting from balanced growth across all three segments.

Daily packages in the U.S. were 6.9% higher as demand from both B2C and B2B customers improved. International Export shipments increased 9.4% with strong growth in both Asia and Europe. UPS delivered 1.1 billion packages around the world, up 6.9% over the third quarter 2013.

For the nine months ended Sept. 30, UPS generated $2.8 billion in free cash flow. The company paid dividends of $1.8 billion, up 8.1% per share over the prior year, and repurchased 20.6 million shares for approximately $2.1 billion.

U.S. Domestic revenue increased to $8.7 billion, up 5.3% over the third quarter 2013. Daily package volume improved 6.9%, led by gains in UPS Ground and Deferred products up 7.7% and 5.9%, respectively. E-commerce continued to drive strong B2C growth, while B2B deliveries were also higher this quarter.

Total revenue per package declined 1.5% as base rate improvements were offset by changes in customer and product mix. UPS SurePost shipments increased more than 50%, contributing to the mix change.

During the quarter, UPS announced the expansion of its Access Point alternate delivery solution to the New York City and Chicago areas. Plans were announced to add locations in other U.S. cities, in addition to more than 4,400 existing UPS Stores, by the end of 2015.

International revenue increased 5.5% to $3.2 billion on daily package growth of 6.7%. Export products jumped 9.4% with gains from all regions of the world. Shipments out of Asia grew 16% and Europe was up 14%.

Operating profit improved 10.3% to $460 million. Operating margin expanded 70 basis points over the prior year period, to 14.5%. Revenue and cost initiatives implemented during the quarter contributed to the margin improvements.

On October 7, UPS announced the acquisition of international e-commerce enabler i-parcel, LLC. The company’s experience and technology in cross-border e-commerce assists U.K. and U.S. based retailers expand their reach to consumers in over 100 countries worldwide.

Supply Chain and Freight revenue was up 7.4% to $2.4 billion, resulting primarily from growth in the Distribution and UPS Freight business units. Operating profit was 7% higher at $215 million, and operating margin was 8.9%.

Distribution revenue increased more than 10% over the same quarter last year. Strong demand from Healthcare and Retail sector customers contributed to the growth.

The company announced its expectations for the upcoming holiday season. UPS expects shipments delivered during the month of December to climb 11% over the prior year. As previously announced, the company committed an additional $175 million in operating expense and $500 million in capital expenditures to enhance its capabilities and prepare the network for peak and future volume growth.

Video: Plane Pull at Miami: UPS Americas employees, friends and family showed their support for United Way of Miami-Dade by coming out to pull a Boeing 757 weighting more than 110,000 lb. at the UPS Americas 2014 Plane Pull. The high temperatures didn’t stop the attendance of more than 250 people at the fundraiser event. Together, we pulled for a great cause.

The two aircraft, a Boeing 747-800F and a 747-400F, will be operated in Polar Air Cargo Worldwide’s express network under an ACMI arrangement for the benefit of DHL Express. Operations are scheduled to begin on October 26, 2014.

When the new ACMI service begins, Polar’s express network will total twelve 747 freighters, consisting of five Boeing 747-800Fs and seven 747-400Fs, in ACMI on behalf of DHL and Polar’s other customers. Atlas also will continue to operate a fleet of Boeing 767 Freighters in CMI service for DHL, with 11 aircraft in operation by the end of January 2015. 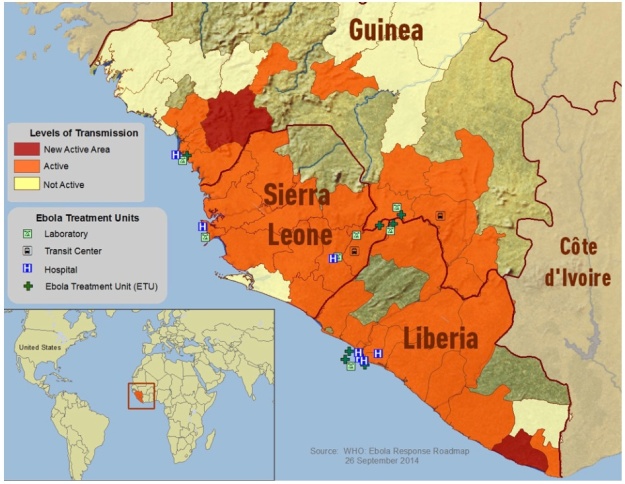 Centurion Cargo (Miami) is struggling according to this report by the South Florida Business Journal.  According to the report, “five statutory trusts based in Dublin, Ireland filed a lawsuit in federal court on August 29 against Miami-based Centurion and its Sky Lease I affiliate. It claims the companies are delinquent on $10.2 million in lease payments on five aircrafts: one Boeing 747-400F and four McDonnell Douglas MD-11Fs.”

Until now the airline has not returned the aircraft.