Azul has made this announcement:

The statue of Liberty, Times Square and Central Park are now closer than ever for Azul customers with new daily service to JFK starting June 15, 2020.

New York will be Azul’s 3rd destination in the United States.  Azul already serves Fort Lauderdale/Hollywood and Orlando from Sao Paulo-Viracopos, Belo Horizonte and Recife.  With this new nonstop service, Azul’s portfolio of service to the US will increase to 30 weekly flights.  Sao Paulo-Viracopos, Azul’s primary hub in Brazil with this latest addition will now feature 60 nonstop destinations, 6 of those international: Fort Lauderdale, Orlando and JFK in the US, Lisbon and Porto in Portugal and finally Buenos Aires in Argentina.

This route will be served by Azul’s Airbus A330 widebody aircraft.

The flight will operate out of the international terminal at Sao Paulo-Viracopos airport and at JFK will operate out of Jetblue’s Terminal T5.  Flights are timed to provide fast and convenient connections important destinations Boston in the US and Rio de Janeiro in Brazil.

The table below shows the scheduled departure and arrival times (all times local):

Etihad Airways, the national airline of the United Arab Emirates, has committed to a minimum target of zero net carbon emissions by 2050 and halving of its 2019 net emission levels by 2035.

The company’s ambitious environmental targets will be achieved through a mix of internal initiatives, collaboration with industry partners and adoption of a comprehensive program of relevant carbon offsets, to be developed with specific focus on the requirements of the UAE and markets served by the airline.

The Group Chief Executive Officer of Etihad Aviation Group, Tony Douglas, said: “The global focus on the environment and the urgency of reducing carbon emissions has never been greater. Etihad Aviation Group, together with its partners, is taking an active role in reducing the impact of aviation on the environment through initiatives ranging from optimised fuel management to sustainable financing practices.”

The International Air Transport Association (IATA) predicts that the number of passenger journeys will more than double within 20 years, from 4.5 billion in 2019 to an estimated 9 billion by the late 2030s.

The International Transport Forum (ITF) at the Organisation for Economic Cooperation and Development (OECD) adds that international aviation will experience compound annual growth of 3.8 per cent to 2050, forecasting that traffic will reach 16.5 billion passenger kilometres, or 3.6 times 2015 volumes.

JetBlue Airways has announced a series of schedule and route changes as the airline kicks off 2020 and prepares to celebrate its 20th anniversary next month. With flights landing in a new Central American city, more flights in popular JetBlue markets and routes, and adjustments to Caribbean and West Coast flying, the moves allow the airline to play to its strengths and better meet customer demand while delivering long-term value to owners.

Touching Down in Its 25th Country

Guatemala is set to become the 25th country served by JetBlue and advances the airline’s leadership position in Latin America and the Caribbean. With a mix of customers traveling between the U.S. and the Central American city to visit friends and relatives, as well as for leisure, Guatemala City builds on JetBlue’s success in the broader region and supports the airline’s ongoing focus city build out strategy in the Northeast.

JetBlue also announced it is expanding its successful service at Montana’s Bozeman Yellowstone International Airport (BZN) with flights to and from the east coast. New nonstop service from New York-JFK and Boston Logan International Airport (BOS) will operate on both a summer seasonal and winter seasonal schedule starting in June. New York flights will operate three times weekly or up to daily at various times throughout the seasons. Bostonflights will operate twice weekly on Saturdays and Wednesdays. Schedule dates for the winter season will be announced as part of our next schedule extensions for the period.

The fastest-growing city in the state, Bozeman is a mecca of outdoor recreation and urban sophistication. Centrally located between the north and west entrances to Yellowstone National Park, and just a short drive to two world-class ski areas, Big Sky Resort and Bridger Bowl, accessing this incredible area is now easier than ever.

Schedule between New York (JFK) and Bozeman (BZN)
Up to Daily Beginning June 11, 2020

JetBlue first landed in Bozeman with nonstop service from Long Beach, Calif. in 2018. Flights between Montana and Southern California continue to operate on summer seasonal and winter seasonal schedules in 2020.

JetBlue first launched flights in Nashville in 2016 with nonstop service between Tennessee’s capital city and both Boston and Fort Lauderdale/Hollywood.

JetBlue will operate new Guatemala City, Bozeman and Nashville routes service using its Airbus A320 aircraft offering the airline’s award-winning service featuring the most legroom in coach (b); free Fly-Fi, the fastest broadband internet in the sky (c); complimentary and unlimited name-brand snacks and soft drinks; free, live DIRECTV® programming and 100+ channels of SiriusXM® radio at every seat.

To enable the new city, multi-route expansions and frequency additions, JetBlue will redeploy aircraft by adding flights on some existing routes and reducing flights on others that are not meeting expectations.

Throughout 2020, JetBlue will increase flights on more than a half dozen popular routes during peak travel periods in New York, Boston, Fort Lauderdale/Hollywood, Orlando and Latin America and the Caribbean.

Effective April 29, 2020, JetBlue will end service at Oakland International Airport (OAK) where it currently serves New York-JFK, Boston and Long Beach. JetBlue will continue to serve Bay Area travelers from airports in San Francisco and San Jose. In addition, JetBlue will reduce or eliminate flights on a half dozen short-haul routes in Long Beach as well as additional flights from Fort Lauderdale/Hollywood and Orlando.

Nearly three and a half years after becoming the first airline to operate commercial service between the U.S. and Cuba in more than 50 years, JetBlue remains committed to serving Cuba via Havana’s José Martí International Airport (HAV). At the same time, changes to the regulatory landscape have affected travel trends to the island. To best meet current demand JetBlue will adjust schedules to maintain up to three daily flights to Havana from Fort Lauderdale and revise to once weekly service on Saturdays from New York-JFK. Through these gateway cities, JetBlue will continue to offer travelers convenient nonstop and connecting options to Cuba from across the airline’s network.

KLM Royal Dutch Airlines warmly thanked customers and employees who made 2019 a memorable year for KLM with a KLM year film:  2019 the year of the century.

At Schiphol Airport a new Crown lounge opened up working towards the ambition to offering travellers the most attractive lounge in the world with innovative concepts, such as service on the spot, entertainment options and fine-dining.

In 2020, KLM will offer flights to 172 destinations including a new destination in March to Cork, Ireland.

KLM offers convenient daily flights between Manila and Amsterdam Schiphol Airport with a stop in Taipei.

MANILA – AMSTERDAM – MANILA (with a stop in Taipei)

WestJet is forging another connection across the Atlantic into the United Kingdom with the announcement of new nonstop service between Halifax, N.S., and Manchester U.K. beginning June 5, 2020. This summer, WestJet will operate more than 300 seasonal departures from Halifax to London (Gatwick) and Glasgow, Scotland. 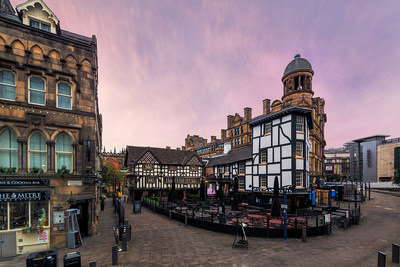 WestJet’s seasonal service between Halifax Stanfield (YHZ) and Manchester Airport (MAN) will operate four-times weekly on the airline’s Boeing 737-700. Flights are timed for convenient connectivity across WestJet’s network into and out of Halifax.

WestJet has served Halifax since 2003 and has seen 300 per cent growth in flights to and from Halifax Stanfield and now serves 16 cities with an average of 60 daily inbound and outbound flights per day from Halifax.

Details of WestJet’s service between Halifax and Manchester, U.K.:

British Airways has made thousands of hand-baggage-only flights to Europe available for £40 or less each way*. Customers can choose from a wide selection of over 70 routes across the airline’s comprehensive European network including Amsterdam, Copenhagen, Kefalonia, Faro and Verona.

The airline is also including domestic flights between London and UK cities in its offer, such as Manchester, Leeds, Newcastle, Edinburgh, Glasgow, Aberdeen, Inverness, Belfast City and Jersey. British Airways is now offsetting carbon emissions on all its flights within the UK, as part of the airline’s commitment to achieving net zero carbon emissions by 2050.

The seats, based on return fares, are available for travel on select dates until 31 December 2020. The low fares are on offer from London Heathrow and London Gatwick, while availability lasts.

As always, members of the British Airways Executive Club can earn Avios and Tier Points on their bookings. The Executive Club is free to join and Avios can be spent on Reward flights, upgrades, hotels, car rental and being used for part payment, allowing customers to cut the cost of future flights. When using Avios part payment, customers can pick from a range of savings by destination and cabin. In doing so, Members can still collect Avios and Tier Points on their bookings.

British Airways has committed to achieving net zero carbon emissions by 2050 through a range of initiatives, including offsetting emissions on all flights within the UK, flying more fuel-efficient aircraft, investing in sustainable aviation fuel and changing operating procedures, in addition to working with stakeholders and governments to strengthen global climate policy. The airline and its parent company, IAG will invest a total of $400m on alternative sustainable fuel development over the next 20 years.