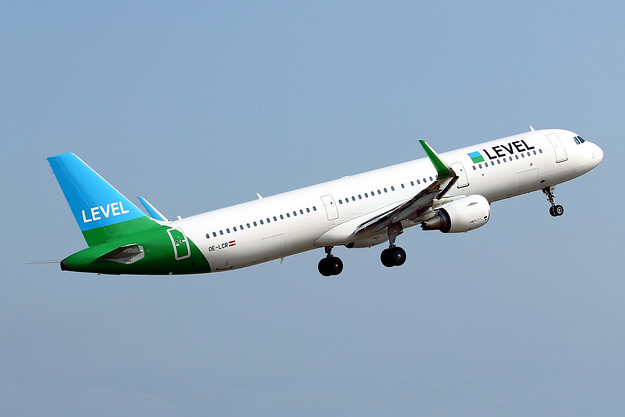 Anisec Luftfahrt is the name of IAG’s new airline subsidiary in Austria. The new airline is operating under the Level brand.

IAG was unsuccessful in acquiring or partnering with Niki Lauda. This is IAG’s answer to Ryanair which was successful.

The inaugural flight on International Airlines Group’s (IAG) new shorthaul low-cost Austrian subsidiary, arrived in London Gatwick at 1750 (local time) with all seats sold on the Airbus A321.

Flights to London operate 14 times per week and on the same the company commenced its seven weekly services to Palma de Majorca.

Level (Austria) has four Airbus A321 aircraft based in Vienna from where they are operating to 14 European destinations. Each aircraft is fitted with 210 economy seats.

Details of destinations, start dates and weekly frequencies from Vienna are below: