Gol Linhas Aéreas Inteligentes S.A., Brazil’s largest domestic airline, announces a further readjustment of its domestic flight network, effective for the period from March 28 (Saturday) through to May 3 (Sunday), in response to the lower demand during coronavirus pandemic.

As Brazilians take responsible steps to socially distance and avoid travel, Gol will maintain an essential network of 50 daily flights between the São Paulo International airport in Guarulhos (GRU) and the other 26 capital cities of Brazil.

All of Gol’s regular regional and international operations will be suspended. This brings the total reduction in Gol’s total flight capacity to approximately 92% in domestic markets and 100% in international markets until early May. 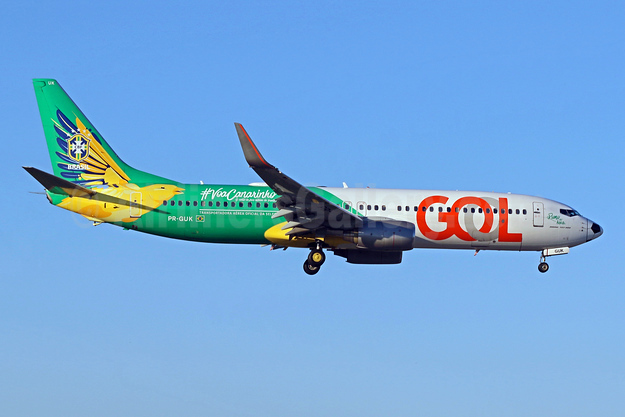 Since 2005, when Gol closed its first order for 80 Boeing 737s, the Company has realized over R$1.5 billion of gains on its aircraft portfolio. The 2005 order was comprised of 40 aircraft financed with a U.S. Ex-Im Bank guarantee, and 40 aircraft financed via sale and leaseback transactions. All of Gol’s aircraft have been sold to unrelated parties, with gains, and all cash proceeds have been used to pay for aircraft re-deliveries and reduce secured and unsecured debt.

The sale of these 11 aircraft will reduce GOL’s net debt by approximately R$500 million, comprised of a R$130 millionreduction in finance lease debt and a R$370 million increase in cash liquidity.

Subsequently, the Company plans to use a portion of these proceeds to call the outstanding amount of its 8.875% Senior Notes due in 2022.  The asset management income and reduction in interest expense will contribute over R$420 million to the Company’s 2020 earnings and improve GOL’s credit ratios by reducing the net debt/EBITDA ratio by 0.2x and increasing the EBITDA/net interest expense ratio by 0.5x.

The accelerated fleet renewal will not alter Gol’s planned capacity, as these aircraft will be returned simultaneously with the receipt of 737 MAX-8 aircraft under its order with Boeing.

Gol is committed to upgauging its fleet to further drive operating efficiency. By 2025, approximately 50% of the fleet will be comprised of 737 MAXs. Over the next five years, the transition to the MAX is expected to increase productivity by over 20% and reduce fuel consumption by approximately 15%. 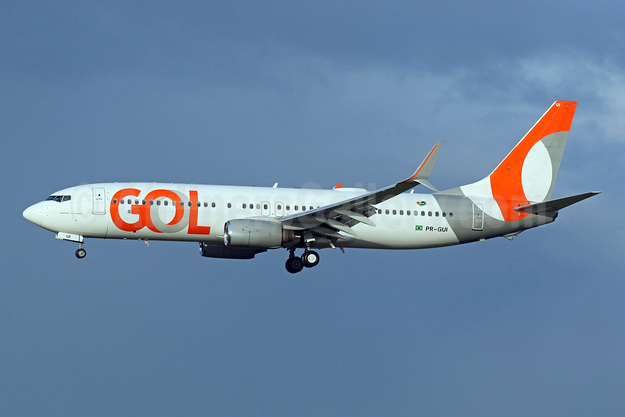 After it is approved by authorities in the United States and Brazil, American and Gol’s new codeshare will allow customers to connect seamlessly to 53 GOL flights beyond GIG, Sao Paulo (GRU), Brasilia (BSB), Manaus (MAO) and Fortaleza (FOR).

The new codeshare destinations in South America not currently served by American include Asuncion, Paraguay (ASU); Curitiba, Brazil (CWB) and Foz do Iguaçu, Brazil (IGU), pending government approvals. American anticipates GOL’s code to be placed on select flights. The relationship will allow for future frequent flyer redemption and accrual during the first half of 2020.

American recently set a record at its MIA hub by carrying 30.3 million passengers last year. The airline plans to carry more passengers this summer, adding 12 new flights from six cities across the U.S.:

All new flights will be operated daily on mainline aircraft, with optimal flight times for connections to Latin America and the Caribbean from MIA. American already increased flights from Austin, Texas (AUS), with one additional flight, and New York City (JFK), with three additional flights, to MIA starting summer 2020.

As American partners with Gol and increases service to MIA, the airline is also adding a second daily flight from MIA to GIG during the peak winter season from Jan. 7 through March 28. Flights will operate on the state-of-the-art Boeing 787-8, for a new total of 507 seats per day between MIA and GIG, including 57 seats in Flagship Business and 52 in Premium Economy.

The leader to Latin America

American has served Latin America since 1942 and currently employs more than 3,300 team members, with four flight attendant bases in the region: Bogota, Buenos Aires, Santiago and Lima. American flies up to 170 daily flights to 55 destinations in 18 countries in Latin America, from eight hub airports, as well as from Boston (BOS). The airline recently announced increased service on the heels of celebrating Miami’s 30th anniversary as its leading Latin America hub. The new service includes more daily flights to Lima, Peru (LIM), beginning April 7; increased service to Santiago, Chile (SCL); and an additional flight to GRU beginning winter 2020. Those new flights are available for purchase now. 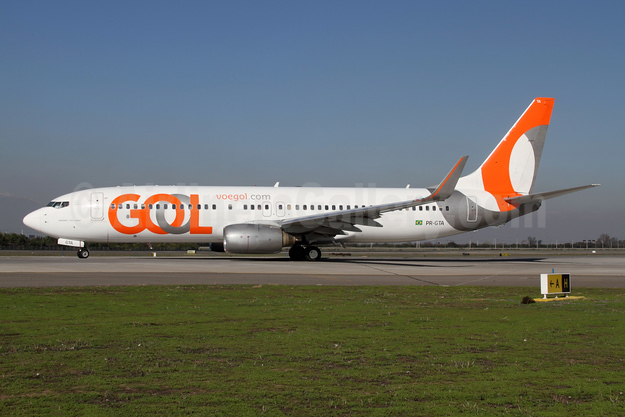 GOL Linhas Aéreas Inteligentes S.A. has announced an acceleration of its fleet renewal and modernization plan and the execution of operating lease agreements for 11 Boeing 737 MAX 8 aircraft with Avolon.

Result of operational gains and favorable market conditions, Gol has accelerated its fleet renewal and modernization plan with operating leases of 11 Boeing 737 MAX 8 aircraft to be received in the second half of 2019. Gol will maintain its capacity discipline, and the decision to accelerate its fleet renewal maintains the flexibility of Gol’s fleet plan. The accelerated fleet renewal will not alter Gol’s planned capacity, as the Company will simultaneously return and/or sell 737 Next Generation (NG) aircraft under operating and finance leases.

“We acquired the 737 MAX to make Gol’s operations even more efficient and to offer our passengers additional flights aboard new and even more modern and safe aircraft. The 737 MAX exceeds the expected performance on every count,” said Paulo Kakinoff, CEO of Gol. “We’ve been very impressed with the MAX’s superior range, fuel efficiency and reliability. By accelerating our fleet renewal plan to this new technology, we will be able to further reduce our costs and open up more international destinations for our Customers.”

Gol launched operations with the 737 MAX 8 in July 2018 with impressive results. Compared to Gol’s 737-800 NG aircraft, the MAX 8 has decreased fuel consumption on Gol’s routes by approximately 15%. Additionally, the increased range of the 737 MAX 8 has allowed Gol to further diversify its route network and to begin operating flights to North America. In fact, Gol’s new Brasilia-Orlando route is the longest commercial 737 flight in history.

Onboard, Gol’s passengers will also enjoy the greater comfort and convenience provided by the Boeing Sky Interior, which includes: a spacious and welcoming cabin, dynamic LED lighting, and the largest and most accessible overhead bins in the market. The aircraft will also be equipped with Wi-Fi antennas, making it possible for passengers to access Gol’s complete on-board entertainment platform during flights.

Gol has an order for 135 Boeing 737 MAX aircraft to be delivered through 2028 and is currently the largest 737 operator in Latin America and one of the largest in the world. The 737 MAX offers exceptional performance, with lower per-seat costs and an extended range to open new destinations. The 737 MAX incorporates the latest CFM International LEAP-1B engines, Advanced Technology winglets, Boeing Sky Interior, large flight deck displays and other features to deliver the highest efficiency, reliability and passenger comfort in the market.