The carrier will also commence twice-weekly service from Boston to Santo Domingo on December 17.

Eastern Airlines (3rd) (formerly Dynamic International Airways) has this image and logo on their website:

Is this a new livery and logo coming for the carrier? Currently the airline uses a basic Swift Air livery and blue/yellow logo (below).

The company completed a restructuring and name change in 2018.

In April 2018, Dynamic International Airways acquired the license to use the Eastern name from Swift Air.

Eastern Air Lines (2nd), the resurrection of the Eastern historic name and logo, was acquired by Swift Air in 2017. The last flight was conducted on September 14, 2017.

British Airways introduced the type in 1990. G-BNWB was the first to arrive on February 8, 1990. BA has been gradually retiring the type since 2013 and was down to two aircraft at the end.

British Airways today bids farewell to one of the most iconic aircraft in its fleet, the Boeing 767. The airline’s final two 767s are being retired to St Athan in Wales after the last commercial flight – Larnaca in Cyprus to Heathrow – took place yesterday (November 25).

Since British Airways operated its first 767 in February 1990 on a short hop to Paris, the fleet of aircraft have completed over 425,000 commercial flights. Frankfurt was the route where enthusiasts could spot the 767 most frequently, with the aircraft completing nearly 15,000 flights to and from the airport, but the aircraft has also been used to serve routes from Abu Dhabi, to Calgary and New York. While it was initially used for long-haul, in recent years it has been reconfigured for use on short-haul, including to Athens and Larnaca as well as on some domestic routes.

The retirement comes as British Airways looks to the future of its fleet. Just days ago, the airline took delivery of its 30th Boeing 787 Dreamliner – the newest aircraft in its fleet. Not only is the Dreamliner around 40 per cent quieter than other aircraft it also uses 20 per cent less fuel than similarly sized aircraft. This means a reduction in carbon dioxide and nitrogen oxide emissions. But it’s not just the 787 being added to British Airways’ fleet. Later in the year the airline will take delivery of another pioneering aircraft – its first Airbus A350, part of the airline’s £4.5bn investment for customers over the next five years.

On the 767 retirement, British Airways Director of Flight Operations, Captain Al Bridger, said: “The 767 has been a brilliant part of our fleet, flying some of our most popular routes and giving customers what was an industry-leading service in its time. It’s fitting that as the final 767 leaves the fleet, we take our 30th delivery of another industry-leading aircraft, the 787, which offers customers an exceptional experience in the skies.”

The final 767 commercial flight took place on aircraft registration G-BZHA. This aircraft first flew in 1998 and has flown an estimated 23 million miles. It has visited Larnaca 900 times in its life, but its most popular route is actually to Athens, where it’s completed 1,275 round trips. It is estimated that this aircraft has carried around 4 million customers across nearly 23,000 flights. 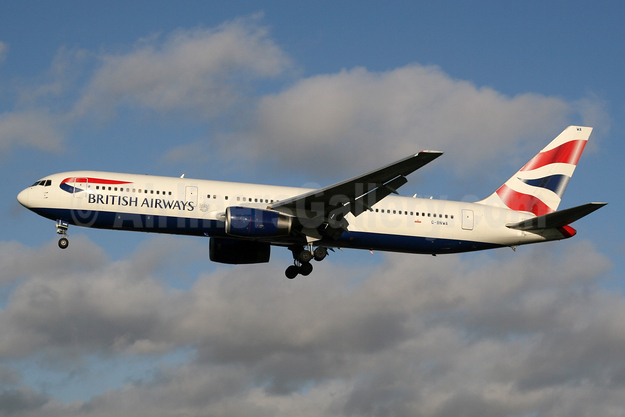 British Airways has extended the service life of its dwindling Boeing 767-300 fleet to late November 2018. Subject to change, the last BA Boeing 767-300 revenue flight is now scheduled for November 25, 2018.

According to Airline Route, the last revenue flight will be from Larnaca (LCA) to London (Heathrow) (LHR) on November 25, 2018, probably as flight BA 663.

Some liveries worn over the years: 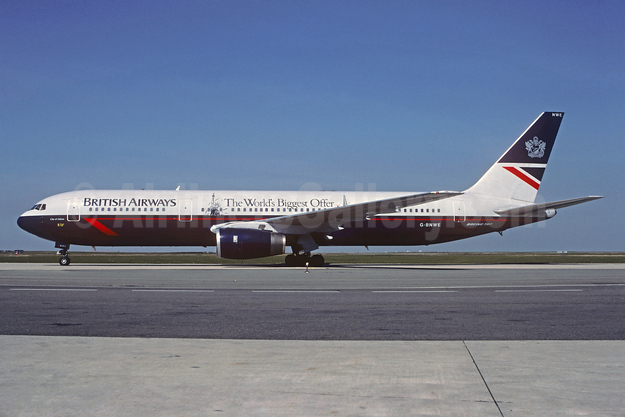 As previously reported, Dynamic International Airways (Greensboro, NC) exited Chapter 11 bankruptcy protection on March 8, 2018 after its reorganization plan was approved by the bankruptcy court. The carrier was requesting to do business as (dba) Eastern Air Lines (3rd). The Eastern name was retired by Swift Air with the folding of the second version of Eastern. The Eastern 737s were absorbed by Swift Air.

Eastern 2 operated its last revenue flight on September 14, 2017 with flight EA 3148 between Havana and Miami operated with N276EA. The Eastern 2 AOC was retired.

The third version of Eastern is operating its Boeing 767s under the Eastern name. The company wants to grow the 767 fleet to around 10 aircraft.

The FAA has approved the name change to Eastern Airlines.

This Eastern-titled Boeing 767 has been painted but the company has adopted the colors of parent Swift Air rather than the familiar color scheme of the previous Eastern 1 and Eastern 2.