Brussels Airlines is gearing up for a busy Easter vacation. Perhaps unsurprisingly, the focus is more than ever on leisure flights, as that segment rose sharply relative to business flights. The Belgian home carrier offers 85% of its 2019 leisure offer in Europe.
The most popular destinations during the Easter holidays are located in the South of Europe. The top 5 is headed by Malaga, followed by Rome, Lisbon and Madrid. New to the top 5 this year is Copenhagen.
On the Brussels Airlines intercontinental network, the more touristic destinations are doing well as well as the popular Kinshasa in the VFR (visit friends and relatives) segment. At the top of touristic intercontinental destinations is New York, followed by Dakar (Senegal), Douala (Cameroon) and Entebbe (Uganda). The airline will offer 82% of its 2019 long-haul capacity during the upcoming holidays.

15 destinations return to the Brussels Airlines network as of March 27: Washington in the United States and a host of popular leisure destinations in Europe, including Athens, Naples, Florence, Catania, Marrakesh, Palermo, Bari and Palma de Mallorca.

Brussels Airlines is still expecting a large number of last-minute reservations. As was the case for the carnival holidays, the airline estimates that two-thirds of passengers only book their trip in the last 6 weeks before departure. As a result, early deciders benefit from the cheapest fares relatively longer.

“In addition to the last-minute reservation trend that we have been noticing for two years, we also see that departing on Thursdays and returning on Mondays has become remarkably more popular. It seems that the “new way of working” as a result from the Pandemic has led to more flexibility for employees in managing their work-life balance”

All fares at Brussels Airlines can still be rebooked, although the airline notices that there is less demand for this. 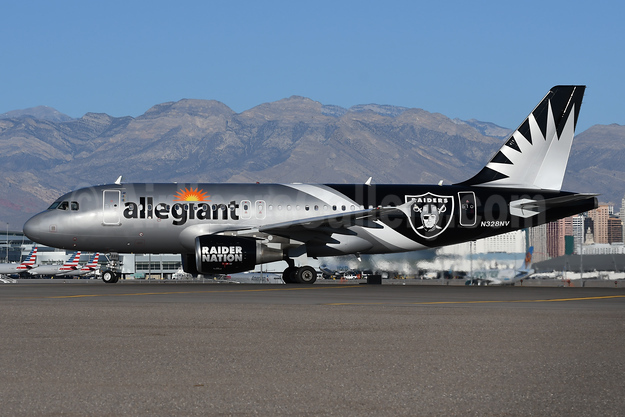 Allegiant Air has announced nine new nonstop routes for spring vacation travel to premier destinations in Florida and the southwest.

The new routes to Knoxville, Tennessee via McGhee Tyson Airport (TYS) include:

The new routes to Flint, Michigan via Flint Bishop International Airport (FNT) include: 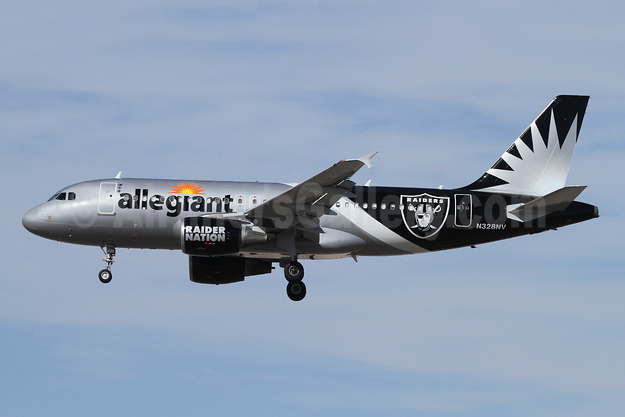 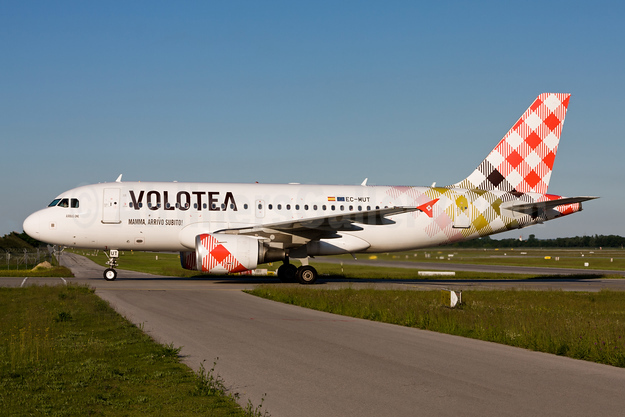 Volotea will launch a new route between Bordeaux and Lille that will connect these two cities twice a week in December and January and six times a week from April.

From December 17, 2021 Volotea will operate this new route from Bordeaux to Lille. The company will provide 53,000 seats a year between Bordeaux and Lille. 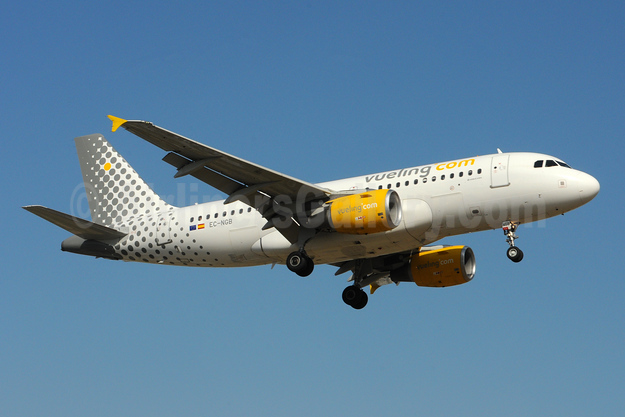 Vueling  Airlines has announced 28 routes from Paris Orly starting in early November. The new routes will start from November 2 thru November 5.

The airline will operate 52 routes from ORY this winter.

Vueling is taking advantage of slots given up by Air France at Orly Airport.

Routes that will be flown:

Allegiant Air made this announcement:

“As die-hard fans know, ‘The Autumn Wind is a Raider,'” said Scott DeAngelo, Allegiant’s executive vice president and chief marketing officer. “As football season rolls in this fall, we’re thrilled to have ‘The Autumn Wind’ bring this stunning aircraft to Las Vegas for all fans to enjoy. As Las Vegas’ hometown airline, we’re incredibly proud of our partnership with our hometown team. This distinctive jet brings together signature elements of both our brands, combining them to showcase our shared community pride.”

The one-of-a-kind livery was designed to have a strong, powerful presence in Allegiant’s fleet – as the Raiders do both on the field and in the Las Vegas community. The design incorporates Allegiant’s signature livery elements – flowing ribbon encircling the fuselage, prominent logo and sunburst tail – but washed in the Silver & Black recognized throughout the world as representing the Raiders. The silver metallic paint was carefully matched to the team’s distinctive helmets, and the engine cowlings call out Raider Nation, symbolizing the lift an incredible international fan base gives to this legendary franchise.

Allegiant is the Official Airline of the Las Vegas Raiders and the Naming Rights Partner for Allegiant Stadium.

The Raiders livery aircraft arrives just as football season gets underway and will undoubtedly carry fans as they travel to Las Vegas to attend games at Allegiant Stadium.

Unlike most other airlines, Allegiant operates an “out-and-back” network, with exclusively nonstop flights – meaning each day’s flying starts and ends at a base, rather than connecting traffic through busy hub airports. The Raiders-themed aircraft will be based in Las Vegas. It joins Allegiant’s all-Airbus fleet, carrying scheduled passengers to Southern Nevada and destinations across the airline’s network.

The newest plane in @Allegiant’s fleet just got a little more Silver and Black. pic.twitter.com/dYreCKoEDi 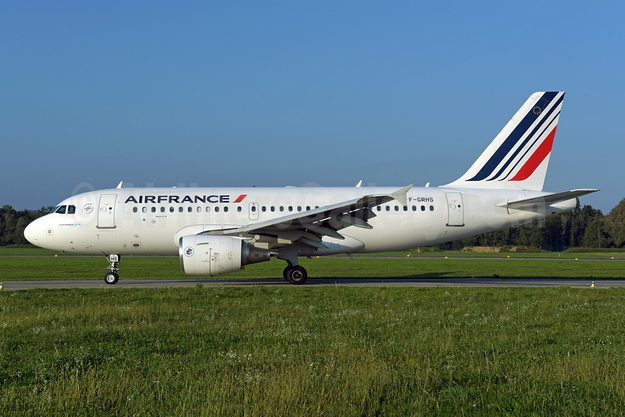 Air France is strengthening its presence in Northern Europe. From July 6, 2021, the airline will offer a new year-round service to Helsinki (Finland) from Paris-Charles de Gaulle Airport.

Initially operated four times a week (on Tuesdays, Thursdays, Fridays and Saturdays), it will become a daily service from July 19, 2021. Flights will be operated by Airbus A319 with 143 seats.

These flights will be in addition to those operated by Finnair on this route and operated by Air France on a codeshare basis.

This new route completes Air France’s offer in the Nordics, where the airline already serves Copenhagen and Billund in Denmark, Oslo and Bergen in Norway, as well as Stockholm and Gothenburg in Sweden.

This flight schedule is subject to change depending on travel restrictions. Since the beginning of the COVID-19 crisis, Air France has been adjusting its offer in real time, taking into account the evolution of the health situation. Before traveling, Air France invites its customers to check the travel restrictions and the documents required on arrival at their destination.

Allegiant Travel Company (Allegiant Air) today reported the following financial results for the first quarter 2021, as well as comparisons to the prior years:

“The momentum reported last quarter picked up in earnest towards the back half of the first quarter with booking trends showing meaningful improvement,” stated Maurice J. Gallagher, Jr., chairman and CEO of Allegiant Travel Company. “We completed the quarter with earnings per share of $0.42 on year over two-year revenue declines of 38.2 percent, continuing the trend of sequential revenue improvement. We were the first domestic carrier to restore capacity to pre-pandemic levels, with first quarter scheduled capacity up 3.1 percent as compared to 2019. Booking trends have been particularly impressive with average daily bookings for the months of March and April exceeding the same time period in 2019. Furthermore, the booking curve appears to be normalizing and more closely resembling what we saw in 2019. April’s results came in as strong as March helped by a ten-point increase in load factor from 54 to 64 percent. We expect capacity in the coming months will be equal to or greater than our 2019 levels.

“During the past year, in the face of this terrible pandemic, we were focused on improving ourselves. I believe we have done that. We have improved our cost structure substantially. Our balance sheet is in excellent shape. As of March 31, our net debt has decreased. Our cash balances have increased, and by the end of the second quarter we expect to have total liquidity of $1 billion, or more than double our year-end 2019 balance. We were able to double our cash balances without an equity raise or substantial increases in debt. We benefited from the payroll support programs as well as federal income tax refunds of the substantial tax payments made in the past years. Our shareholders have seen their company’s balance sheet improve dramatically – perhaps more than any other company in this space – in spite of the setbacks and hardships imposed by this unprecedented event.

“I could not be more bullish on our outlook. Going forward our full-year, 2021 capacity should exceed 2019 capacity levels. We expect sequential scheduled service revenue improvement with revenue down just six to ten percent as compared with 2019 levels. This revenue growth should continue through the remainder of 2021. We continue to separate ourselves from the competition, operating more capacity and generating positive EBITDA and earnings. I believe now more than ever our low-cost, low-utilization model designed to provide affordable leisure travel is our competitive advantage, which will help drive us towards returning to our goal of $6 million in EBITDA per aircraft.

“We would not be in the favorable position we are today without the continued efforts of the 4,000 employees throughout our network. Their hard work has been integral to successfully navigating the most difficult year in the industry’s history. It is their efforts that have enabled us to effectively manage capacity while cutting costs from the business – both critical components to ensuring a sustained return to profitability.”

(1) Adjusted excludes COVID related special charges and the net benefit from the Payroll Support Program Extension Agreement (the “PSP2”)
(2) Denotes a non-GAAP financial measure. Refer to the Non-GAAP Presentation section within this document for further information

From January 2, 2020, Air France will operate four new frequencies to Algiers (Algeria) on departure from Paris-Orly.

The Paris-Orly – Algiers service will be operated on Tuesdays, Thursdays, Saturdays and Sundays by Airbus A319 (143 seats).

Air France will operate flights to Algiers from Paris-Orly four times weekly by Airbus A319 with a capacity of 143 seats. This new offer is in addition to the 27 weekly flights operated out of Paris-Charles de Gaulle, i.e., a total of over 30 flights between Paris and Algiers.