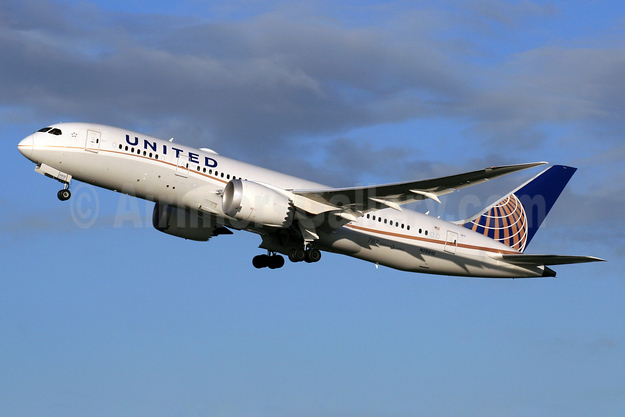 United Airlines (UAL) has announced it will begin service between San Francisco and Pape’ete, the capital of Tahiti, the South Pacific’s gateway to more than 118 islands in French Polynesia including Bora Bora, Moorea, the Marquesas and Raiatea. United is the only U.S. carrier offering nonstop service to Tahiti from the mainland United States.

United’s love affair with the Pacific islands started more than 70 years ago and continues today. It began in 1947 with United’s first flight across the Pacific from San Francisco to Honolulu, making the Hawaiian Islands an easily accessible destination for tourism and business. Today, United offers more flights between the mainland and the Hawaiian Islands than any other U.S. carrier.

In 1968, United expanded its Pacific network linking the Hawaiian Islands, the Marshall Islands, Micronesia and Guam. Today, nearly half a century later, United’s Island Hopper – Flight 155 – departs Guam in the morning and makes a series of five, one-hour flights to the islands of Chuuk, Pohnpei, Kosrae; Kwajalein and Majuro. In addition to the airline’s popular Island Hopper service, United connects customers from Guam to other island destinations including Palau, Yap and the Philippines.

French blue had recently announced plans to serve Tahiti from Paris via a technical stop in San Francisco.

The new 787-9 Dreamliner complements and extends the super-efficient 787 family. With the fuselage stretched by 20 feet (6 meters) over the 787-8, the 787-9 can fly more passengers and more cargo farther with the same exceptional environmental performance — 20 percent less fuel use and 20 percent fewer emissions than the airplanes they replace. The 787-9 also leverages the visionary design of the 787-8, offering passengers features such as the industry’s largest windows, large stow bins, modern LED lighting, higher humidity, a lower cabin altitude, cleaner air and a smoother ride.

Air Tahiti Nui links the South Pacific with four continents as the leading carrier to French Polynesia, with daily non-stop service to Tahiti from Los Angeles.

Air Tahiti Nui (Papeete) is switching to Boeing for its long-range needs. The airline has announced it is committed to finalizing an order for two new Boeing 787-9 Dreamliners. The new type will replace its aging fleet of Airbus A340-300s (above and below).

Boeing is pleased that Air Tahiti Nui has announced a commitment to purchase two 787-9 Dreamliners (below). The order, valued at $514 million at current list prices, will be posted on Boeing’s Orders and Deliveries website when finalized.

Update: Separately on March 3, 2015 Air Lease Corporation (ALC) announced an agreement to lease two new Boeing 787-9 Dreamliner aircraft to Air Tahiti Nui. Both aircraft are from ALC’s order book with Boeing and scheduled to deliver to French Polynesia’s flag carrier airline in the fall of 2018.

Air Tahiti Nui, the flag-carrier for French Polynesia, has headquarters in Papeete and operates from Faa’a International Airport on the island of Tahiti.