Condor Flugdienst (Frankfurt) will add seasonal service to Kuala Lumpur, Malaysia starting on November 5, 2018. According to Airline Route, the new route will operate three days a week until April 22, 2019.

The new AOC allows the new Malaysia Airlines to take flight on September 1, 2015. The old MAS is now dissolved.

Malaysia Airlines is pleased to inform that September 1, 2015 will mark the start of our new company Malaysia Airlines Berhad (MAB), which replaces Malaysian Airline System Berhad. Rest assured that the change in company will not impact the day-to-day operations of MAB with no changes to our current flights, schedules, reservations, or operations.

We have been working hard to make the transition seamless and we proudly continue to serve and welcome you on-board. MAB continues to fly with the same focus on delivering exceptional customer service and will honour all current and future tickets and reservations. Our Enrich program remains in place with no changes to Miles and status. Similarly, there are no changes planned to MAB’s arrangements with its alliance partners, oneworld, or any of its business partners.

Safety continues to be our Number One priority.

A new livery is expected to be unveiled soon for the new Malaysia Airlines. 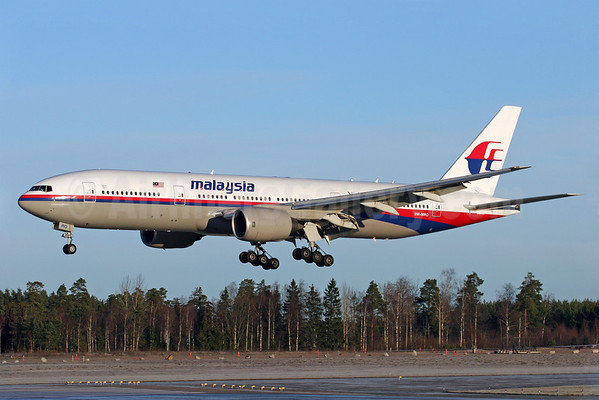 Malaysia Airlines (Kuala Lumpur) flight MH370, from Kuala Lumpur to Beijing with 239 passengers and crew members on board, disappeared somewhere in the Indian Ocean on March 8, 2014 based on the data received from the aircraft.

A possible part, possibly a 777 flap, has been found and may be from the missing pictured Boeing 777-2H6 ER 9M-MRO (msn 28420). The debris was discovered off the coast of St. Andre on Reunion Island in the western Indian Ocean. Prevailing currents could have pushed the debris to this area.

The debris is being inspected by the authorities for confirmation. Boeing is also involved.

British Airways (London) will resume daily Boeing 787-8 Dreamliner service on the London (Heathrow) – Calgary route now on December 5, 2015 per Airline Route. The Boeing 767-300 will be assigned to the route from October 25 until December 4.

In other news, BA has announced the new Boeing 787-9 Dreamliner will be assigned to the London (Heathrow) – Delhi route from October 25 according to Airline Route.

Additionally the new type will be assigned to the London (Heathrow) – Abu Dhabi – Muscat route starting on November 17.

Malaysia Airlines (Kuala Lumpur) as part of its reorganization, is dropping the Kuala Lumpur – Frankfurt route on May 29 per Airline Route.

The airline operates the Boeing 777-200 ER on the historic route.