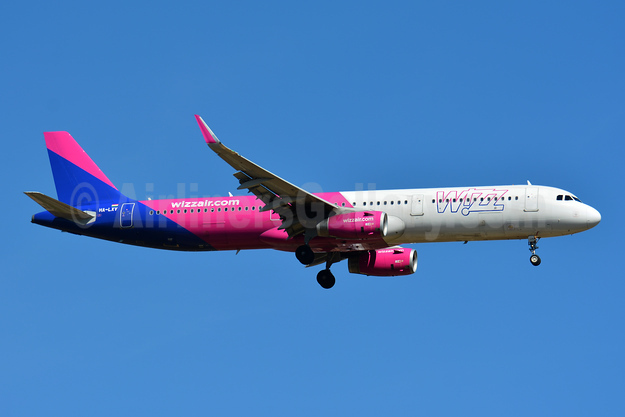 Wizz Air has announced a further expansion of capacity in its Budapest network with one new aircraft, 2 new routes from Budapest to London Gatwick and Oslo, and frequency increases on 3 popular services. Next year Wizz is adding a total of 17 additional weekly flights to its Budapest schedule growing its seat capacity from the Hungarian capital to over 6 million for 2019, an increase of 8% year-on-year.

The new Airbus A321 will be joining Wizz Air’s Budapest fleet in March 2019. With the new A321 aircraft in Budapest and the one that has already announced in Debrecen, which is arriving in December 2018, Wizz Air’s Hungarian fleet will grow to 16 aircraft, with 14 based in Budapest and 2 at Debrecen Airport.

Starting in March 2019, the newest Wizz Air route will connect Budapest to London Gatwick, the second-busiest airport by total passenger traffic in the United Kingdom, after London Heathrow with a daily service. In April 2019, Wizz Air launches another new route to Oslo. Frequencies on Budapest services to Frankfurt, Tel-Aviv and St. Petersburg will increase by up to 6 additional flights a week.

Being the hometown airline of Hungary, Wizz Air currently operates flights from two Hungarian bases in Budapest and Debrecen with a total of 14 aircraft in the country. In 2018, the airline will carry over 5 million passengers to and from Hungary, which is more than any airline has ever carried on its Hungarian routes, and represents a 20% growth year over year. Based on the latest figures the airline’s operations support over 3,800 indirect local jobs** in 2018.

In other news, Wizz Air has also announced its 26 base in Krakow. The airline will base 2 Airbus A321 aircraft at Krakow airport in May and September 2019. Along with the establishment of the new base, Wizz Air announced twelve new services to nine countries from Krakow starting from April 2019.

Krakow will become Wizz Air’s 26 base and its newest base in Poland next to Warsaw, Katowice, Gdansk and Wroclaw. As part of WIZZ’s expansion, the airline will continue to increase its operations in Poland to provide Polish customers with ever more travel opportunities. The 2 new Airbus A321 aircraft will support the operations of twelve new routes, long-awaited by Krakow travellers services to London, Kyiv, Bari, Catania, Larnaca, Nice, Turku, Billund, Doncaster, Kharkiv, Oslo and Kutaisi. 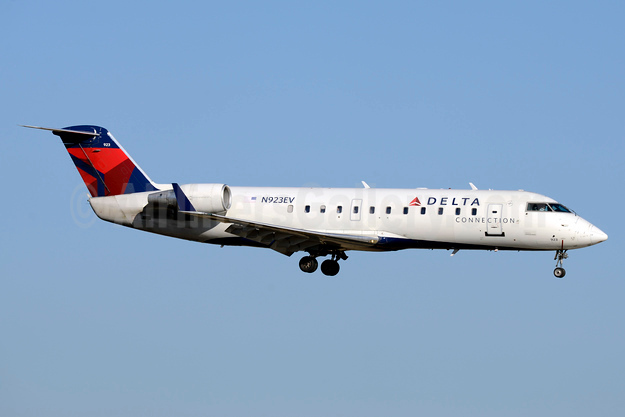 As previously reported on December 23, 2016, ExpressJet expected to transition to flying primarily dual-class aircraft in its CRJ operation by removing its Bombardier CRJ200 aircraft from service over the next year.

The company has been gradually retiring the CRJ200 fleet. Some aircraft have been transferred to partner SkyWest Airlines and all others are now in storage. Some aircraft were relocated to Oklahoma City, OK.

The retirement of the ExpressJet CRJ200 fleet was stepped up this month. N854AS is operating today but it is expected to join the others soon in retirement, probably after the Thanksgiving holiday weekend.

Specifically, SkyWest’s ExpressJet operation expects to transition to flying primarily dual-class aircraft in its CRJ operation by removing its Bombardier CRJ200 aircraft from service over the next year.

The removal of the CRJ200 aircraft reduces ExpressJet’s future required investment in its 50-seat fleet and is expected to improve the airline’s operating efficiency by eliminating an aircraft type from its platform.

SkyWest also announced ExpressJet and American Airlines have agreed to place 12 dual-class CRJ700s into service under a multi-year term. These CRJ700s had been scheduled to be removed from service under a previously-disclosed early lease return arrangement.

Additionally, SkyWest and Bombardier entered into a termination agreement covering Bombardier’s residual value guarantee (“RVG”) agreements on 76 CRJ200 aircraft owned by SkyWest Airlines and ExpressJet. Bombardier agreed to pay SkyWest $90 million by January 2017 along with certain other consideration in exchange for the release. Both the required sale of each aircraft and the cost to SkyWest of returning the aircraft to mid-time condition were points of risk and uncertainty for SkyWest that this termination agreement eliminates.

As a result of the expectation to remove ExpressJet CRJ200s from service and the Bombardier RVG termination agreement, SkyWest is evaluating its total 50-seat CRJ200 fleet and related long-lived assets for impairment in Q4 2016. SkyWest currently anticipates it will record a non-cash impairment charge in Q4 2016 estimated to be in the range of $440 million to $490 million (pre-tax) on its CRJ200 aircraft and other 50-seat aircraft assets, net of the $90 million in cash proceeds from the Bombardier termination agreement.