SkyUp Airlines is teaming up with TAL Aviation for the Serbian market:

Following the announcement of its new service between Belgrade and Kyiv, SkyUp Airlines, the Ukrainian low-cost airline entrusts TAL Aviation, global airline and travel representation leader, to serve as its General Sales Agent in Serbia.

Based in Kiev, SkyUp is a Ukrainian carrier registered as SkyUp LLC. The airline was introduced as a new national airline in 2017.

The airline operates as a charter and scheduled carrier and commenced operations on 21-May-2018 using Boeing 737NG aircraft on domestic and international services. 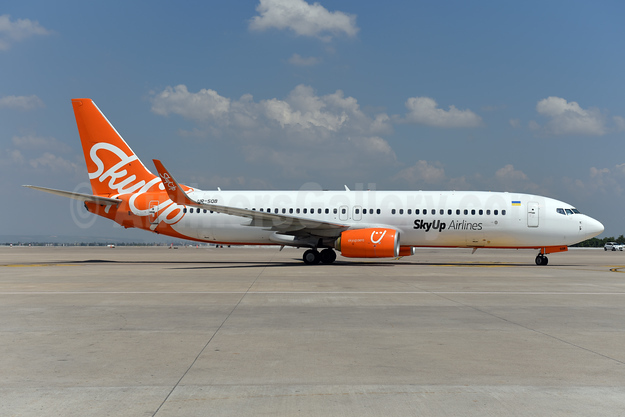 SkyUp Airlines will launch scheduled service from Kiev to Tbilisi in Georgia on December 27, 2018.

The following day the carrier will launch the Kiev – Sofia, Bulgaria route.

The airline on December 29, 2018 will also start service to Barcelona, Spain and Poprad, Slovakia.

The airline has also added its first Boeing 737-700 (in a special livery):

SkyUp Airlines (Kiev) has commenced operations in the Ukraine with a single Boeing 737-800 (UR-SQA).

The first flight was on May 21, 2018 to Egypt in ex-Malaysian Airlines colors (see below).

All images by SkyUp Airlines.

SkyUp Airlines and Boeing have announced they have finalized a firm order for five 737 MAX airplanes valued at $624 million at list prices. The order includes two 737 MAX 8 and three 737 МАХ 10 jets.

SkyUp, based in Kiev, is a new airline that plans to begin charter operations in April with leased Next-Generation 737 airplanes. The airline is ordering the MAX airplanes to meet future demand in the Ukrainian market.

SkyUp Airlines will start operations flying from Kiev and other cities in Ukraine to destinations in Spain, Turkey, Dubai and other holiday destinations.

The new airline will also fly domestic routes starting in May.