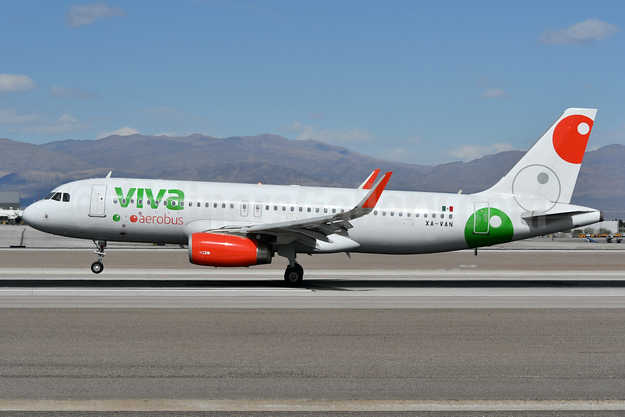 Viva Aerobus has announced that it will be flying to Mexico City from John F. Kennedy International Airport. This new route will start operations on October 18, 2018 with a daily flight and with prices starting from $99 (USD).

With this new route, which strengthens Viva Aerobus international competitiveness, the airline already offers a total of 92 routes to 40 destinations, 7 of them international. In this sense, so far in 2018, Viva Aerobus has already announced 7 new routes and, by the end of this year, it will have started operations, at least, on 12 new flights. 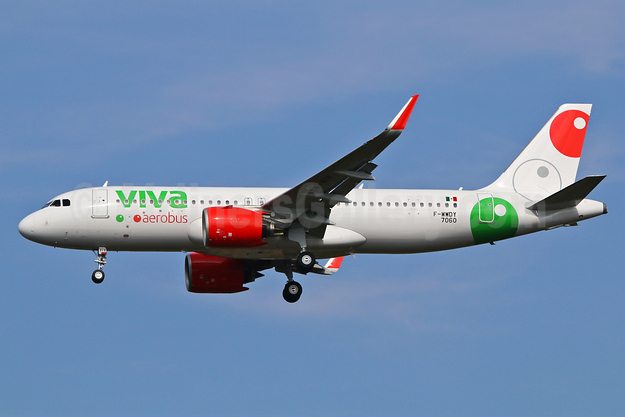 This new route is the first international route that Viva Aerobus has launched from Mexico City.

Viva Aerobus will close a very successful year for the company. The company is celebrating 11 years of service to Mexico with 23 new routes launched in 2017, a year that will end with nearly 8 million passengers. This will mean an approximate growth of more than 20% compared to 2016.

VivaAerobus (Monterrey) took delivery of its first new Airbus A320 (the pictured A320-232 F-WWIY and XA-VAA, msn 6574) following the aircraft handover at the Airbus Delivery Centre in Toulouse on May 9, 2015. The A320 is the first to be delivered from an order placed in 2013 for 52 aircraft (12 A320ceo and 40 A320neo), which is the largest single deal by a Mexican customer. VivaAerobus already operates six leased A320s and will become an all Airbus operator as it completes its fleet transition from Boeing 737-300s by early 2016.

Including the first A320, all VivaAerobus’ A320ceo are powered by IAE engines. The A320neo will be powered by Pratt and Whitney engines. The aircraft will be deployed on the airline’s domestic network and international routes to the United States.

Copyright Photo below: Eurospot/AirlinersGallery.com. The pictured A320-232 F-WWIY (msn 6574) became XA-VAA when it was handed over on May 9.

VivaAerobus (vivaaerobus.com) (Monterrey) on March 28 launched service from Dallas/Fort Worth (DFW) International Airport to Monterrey and Guadalajara. The airline was formally welcomed yesterday (April 16) to DFW with a water cannon salute known as the Airport’s “shower of affection.” VivaAerobus launched service with three weekly flights to Monterrey and Guadalajara, using Airbus A320 aircraft that seat 180 passengers and Boeing 737-300 aircraft that seat 148 passengers.

VivaAerobus currently serves 21 destinations in Mexico with hubs in Monterrey and Cancun. The airline flies to three U.S. destinations in addition to DFW Airport. Vivaaerobus started operations from its base in Monterrey, Nuevo Leon in 2006. The carrier is jointly owned by IAMSA, the largest bus operator in Mexico, and the founders of Ryanair, Europe’s biggest low-cost air carrier.

VivaAerobus (Monterrey) will launch new international service to DFW International Airport from two of Mexico’s largest cities, Guadalajara and from Monterrey, starting on March 28, 2015. The low cost carrier will use Airbus A320 aircraft and will operate out of DFW’s International Terminal D three times per week. VivaAerobus also plans to launch service from DFW to Cancun in July of 2015.

Grupo Viva is being established as a multinational airline holding company based in Panama City, Panama. The new company will be responsible for the further development of the Viva airline brand beyond current operations in Mexico and Colombia, maximizing cost synergies and operational efficiencies across the group and centralizing key management functions.

Grupo Viva is chaired by Roberto Alcántara Rojas, also Chairman of the Board of VivaAerobus and Grupo IAMSA. Irelandia Aviation Managing Partner Declan Ryan will be a principal investor.

Tony Davis, currently Partner and COO of Irelandia Aviation, has been appointed CEO. In addition to working with Irelandia Aviation for the past three years, Tony has an extensive track record in establishing low-cost airlines around the world, and he has been closely involved in the recent development of VivaAerobus and VivaColombia. Tony will be responsible for the creation of the Group’s corporate structure and management infrastructure over the next 12 months.

Joe Mohan, who is joining from his position as Senior VP Commercial at COPA Airlines, has been appointed President and COO. Joe has worked in Central and South America for more than 10 years and led the commercial function in one of the region’s most successful airline groups, consistently achieving impressive growth and profitability results. He also brings direct experience of helping lead a high-performing Latin American company listed on the New York Stock Exchange. Joe will be responsible for the expansion of the group’s regional coverage and improving cost synergies and operational efficiencies for airlines in the group.

Commenting on the appointments, Declan Ryan said, “We are delighted that two executives of the caliber of Tony and Joe have agreed to lead the creation and development of our new low-cost airline group in Latin America. We are convinced that there are tremendous opportunities for our ultra-low-cost airline model to expand in the region. With our existing airlines already well-established in Mexico and Colombia, together with our order last year for 52 new Airbus A320 aircraft, this is the right time to establish Grupo Viva.”

VivaAerobus (Monterrey) has announced it will add two new routes to Houston (Bush Intercontinental) from Cancun (starting on December 3) and Guadalajara (starting on November 20) per Airline Route.

Update: Read the analysis of this low-cost airline by Bloomberg Businessweek: CLICK HERE

Copyright Photo: Paul Doyle/AirlinersGallery.com. Ex-Livingston Airbus A320-232 EI-ERH (msn 2157) arrives in Dublin before the delivery to the Mexican carrier. 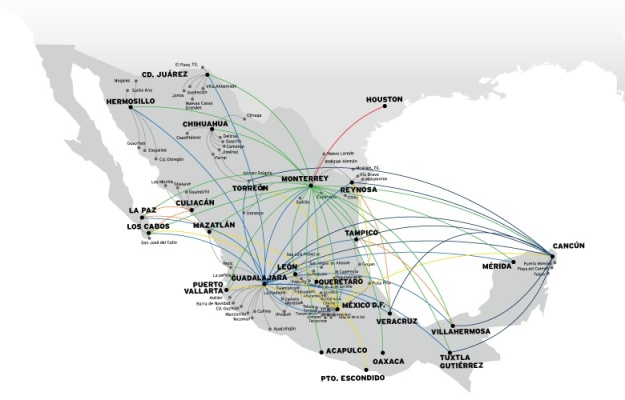