In other related news, AirAsia Philippines will be temporarily suspending flights to Davao, Kalibo, Taipei and Hong Kong from Clark International Airport effective on October 9, 2013.

Flights between Clark and Hong Kong, however, will continue to operate from December 20, 2013 until January 6, 2014 to cater to the strong holiday demand.

Maan Hontiveros, Chief Executive Officer of AirAsia Philippines said, “The temporary suspension is primarily to manage costs following the recent grounding of Zest Air by the Civil Aviation Authority of the Philippines (CAAP). This has affected many factors and allocating necessary resources such as aircraft and crew is critical to ensure its recovery.”

“Right now we need to focus our resources to support Zest Air where we have significant economic interest, and we believe in Zest Air’s potential with their Manila based operations,” added Hontiveros.

AirAsia Philippines holds a 49 percent share in Zest Air, a low-cost carrier operating in Ninoy Aquino International Airport (NAIA), Manila; and Zest Air will be carrying the AirAsia brand once it is approved by the CAAP.

All images by AirAsia Zest. 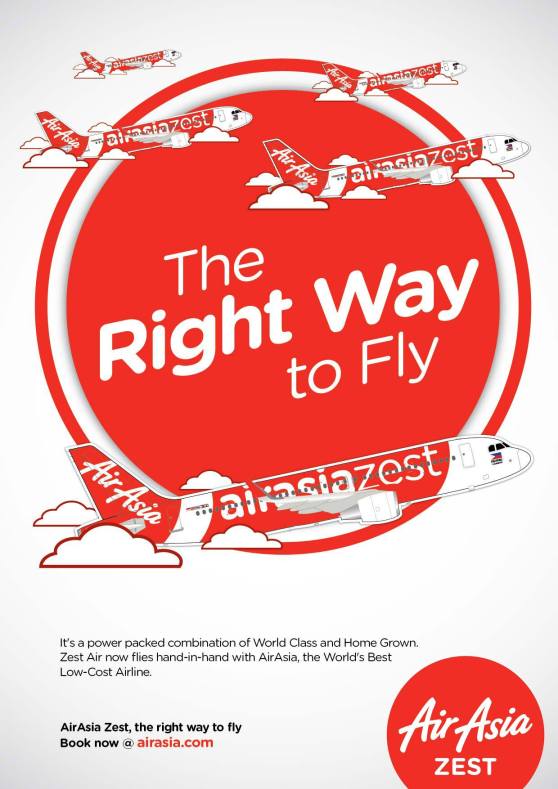 Zest Air (Zest Airways) (Manila) was grounded today for alleged safety violations by the Civili Aviation Authority of the Philippines (CAAP). Zest Air’s AOC is suspended until it can rectified the government’s concerns.

The airline is planning to resume service to Hong Kong and will also launch a new route to Singapore.

In addition the carrier is adding four Airbus A330-300s and is expected to add new routes to Bahrain, Damman, Melbourne and Riyadh.

Zest Air (Zest Airways) (Manila) has taken delivery of its seventh Airbus A320 and is expanding internationally. The carrier, which saw nearly a 41 percent increase in domestic traffic, is planning to add Beijing, Chengdu, Shanghai and Xian in China.

Zest Air will also launch flights to Busan and Seoul-Incheon (South Korea), and is applying for permission to fly to Kuala Lumpur (Malaysia), Ho Chi Minh (Vietnam) and to Singapore according to the Philippine Star.

Copyright Photo: Gerd Beilfuss. Please click on the photo for the full story of this airline.

ZestAir (Zest Airways) (Manila) is planning to acquire two Boeing 777s for new long-range routes to the Middle East. The company is also launching a Shanghai route on Janaury 24 according to the Manila Standard Today.

VietJet Air (Hanoi), Vietnam’s first private airline, has delayed its start-up launch date once again from December 2009 to May 2010. The new airline is planning to launch domestic flights with two Airbus A320s.

ZestAir (Zest Airways) (formerly Asian Spirit) (Manila) has ordered a single Airbus A320 direct from Airbus. This is the first direct order with Airbus. The new A320 will join two leased A320s.