Ethiopian Airlines has announced the resumption of its flight to Athens, Greece effective December 13, 2019.

Ethiopian has resumed the service to the city of Athens after 18 years. Athens marks Ethiopian’s 20th destination in Europe.

The thrice weekly flight to Athens will be operated by the Boeing 787 Dreamliner.

The flight to Athens is per the below schedule: 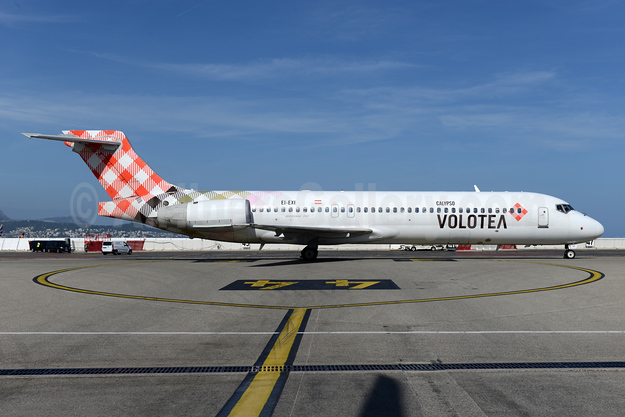 All services are subject to government approval.

Flight times will be 9 hours 50 minutes eastbound and 11 hours westbound.

The nonstop flights between Washington Dulles International Airport (IAD) and Barcelona (BCN) will operate daily with Boeing 767-400 aircraft (above).

Flight times for the Barcelona service will be 8 hours 10 minutes eastbound and 9 hours 15 minutes westbound.

United has served Spain for more than 20 years, and this new service complements the airline’s existing year-round flights to both Barcelona and Madrid from Newark.

The airline will use Boeing 757-200 aircraft for flights between Washington/Dulles and Lisbon (LIS).

These flights are in addition to United’s existing year-round service to Lisbon from Newark. In 2016, United will mark 19 years of Lisbon service.

United, together with United Express, operates nearly 225 flights daily from its Washington/Dulles hub to destinations throughout the United States and to Europe, Asia, Canada, Latin America and the Caribbean.

Niki (flyniki.com) (Vienna) will add the Vienna-Athens route on April 1. The new route will operate daily (except on Saturdays) with Airbus A320s.

Niki (FlyNiki) (Vienna) will introduce on April 1 one of world’s shortest jet routes, the 30-mile trip between its Vienna hub and Bratislava, Slovakia. The short route will be operated with Embraer 190s.

Niki is also adding service (six days a week) from Vienna to Athens in April. Niki already serves Crete, Rhodes, Santorini and Mykonos. The new route will operate daily (except on Saturday) with an Airbus A320.

Ryanair (Dublin) has announced three new routes from their Athens base, to Budapest, Bratislava and Santorini (Thira).

Delta will resume operations with a five-times weekly service from March 30, 2015, growing to daily on May 2, 2015. From June 2, 2015, additional flights will be added bringing the weekly total to 11. During the peak summer months, Delta will offer up to 5,900 weekly seats between Greece and the United States. All services from Athens are operated in conjunction with Delta’s joint venture partners Air France-KLM and Alitalia.

Aegean Airlines (Athens) is adding more destinations and frequencies to its existing network. Aegean has announced the operation of nine additional international flights from Athens, compared to the winter of 2013.

Aegean will also extend the operation of 8 summer seasonal flights into the winter period. The airline will also resume flights from Athens to Cairo. The winter timetable will operate from October 26, 2014 until March 28, 2015.

2014 summer flights from Athens to Stockholm, Copenhagen, Manchester, Zurich and Marseille will be continued into the winter season.

During the winter season, beginning on October 26, Aegean will continue to operate flights to Abu Dhabi, Beirut, Amman, while the company will resume flights to Cairo after a three year hiatus.

Aegean will also increase the size of its fleet with the order of seven new Airbus A320s, equipped with the new “Sharklets” on their wings, which will be delivered directly from the manufacturer. The deliveries of the seven new aircraft will begin in June 2015 and will be completed in early 2016.

For the Summer 2015 schedule, the airline will launch of 23 new routes. These new routes are mainly focusing on Corfu, Irakleion and Rhodes according to Airline Route.

From Corfu to Paris and Rome

Aegean is celebrating this award from Skytrax: