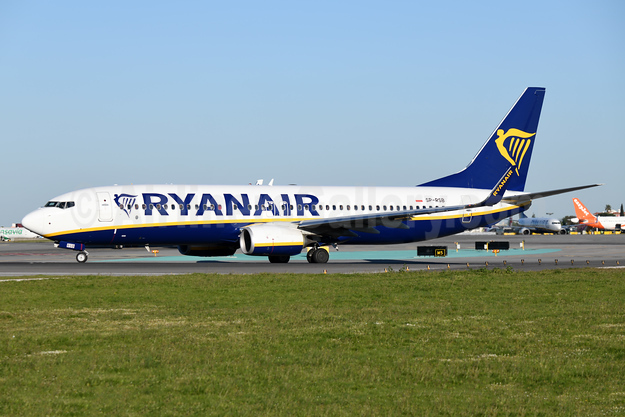 Ryanair has announced a new base opening in Stockholm Arlanda with two based aircraft, 89 departing flights per week, and 21 new routes to a host of international destinations across Europe from October 2021.

Norwegian Long Haul‘s (Norwegian Air Shuttle) (Norwegian.com) (Oslo) today launched the first nonstop flight between Stockholm (Arlanda) and Los Angeles in California with twice weekly service. As of April 30, Norwegian will operate three flights a week, on Mondays, Wednesdays and Fridays. This is the first time that Sweden has a nonstop flight to Los Angeles.

Twice-weekly nonstop Stockholm – Oakland flights will begin on May 3, 2014 and will operate on Tuesdays and Saturdays.

Norwegian is currently attempting to transfer the Norwegian Long Haul operations to Norwegian Air International (Dublin). All of the 787s are registered in Ireland.

Scandinavian Airlines-SAS (Stockholm) announced it will launch a new nonstop route between Stockholm’s Arlanda Airport and Hamburg Airport with two return flights every weekday and one return flight on Sundays starting on April 22. Today, over 100,000 passengers fly between Stockholm Arlanda and Hamburg every year. Hamburg is one of Germany’s largest cities. The last time SAS operated this route was 2009, but it is now being reopened in order to meet SAS passengers’ needs for direct routes within Europe.

Germany is a large market for SAS, and the airline has several daily direct departures from Stockholm Arlanda to the three German destinations of Frankfurt, Düsseldorf and Berlin. In total, SAS operates around 500 flights a week between Scandinavia and Germany.

Iran Aseman Airlines (Tehran) launched twice-weekly flights between Tehran and Stockholm (Arlanda) on September 1, delayed from the original planned date of May 2.

Meanwhile, the company is increasing its capacity between Fort Lauderdale/Hollywood and Copenhagen, from two to three flights a week. In addition, Norwegian is adding a new direct route to New York (JFK) from Copenhagen.

Copyright Photo: James Helbock/AirlinersGallery.com. The pictured Boeing 787-8 EI-LNB (msn 35305) was delivered on August 25, 2013 and will soon have a famous person on the tail.

Norwegian Air Shuttle (Oslo) is now targeting August 16 as the date of its first long haul Boeing 787-8 flight. The first Norwegian Long Haul route will now be from Stockholm (Arlanda) to New York (JFK) on August 16 per Airline Route. The airline, as we have reported, has been operating its new 787-8 on short-haul European routes in order for crews to get used to the new type. The new aircraft will also end the lease of HiFly Airbus A330s.

Norwegian is now looking at its routes from the Scandinavian capitals to the United States as its new growth area. The company is also considering a sub-base in either New York or Fort Lauderdale/Hollywood in the future.

Read about the new strategy for News in English: CLICK HERE

Copyright Photo: Stefan Sjogren/AirlinersGallery.com. Boeing 787-8 Dreamliner EI-LNA (msn 35304) lands at Malaga. Malaga is one of the European destinations currently being served with the 787 from Oslo.

Qatar Airways (Doha) is planning to operate its new Boeing 787-8s to six European cities for the October 27, 2013 winter schedule according to Airline Route. The Doha 787 European routes for the winter season include Copenhagen, London (Heathrow), Munich, Oslo, Stockholm (Arlanda) and Zurich.

Norwegian Air Shuttle (Norwegian.com) (Oslo) has launched the first airline onboard service that makes it possible for a passenger to rent a wide selection of movies and TV shows on board. The service is available on the 60 aircraft that has the Internet installed.

Norwegian’s Internet service has given the travelers a sea of ​​possibilities: reading and writing email, update Facebook status, read the news and check the weather at the arrival destination. Norwegian passengers can now rent movies and TV shows directly to their e-reader, smart phone or laptop device on Norwegian’s 60 aircraft that are equipped with wireless Internet. Norwegian is the first airline in Europe to offer this service.

The service has been tested on selected flights for several months and the customer response has been very positive.

Facts about the new service:

Norwegian will fly twice a week between Copenhagen (CPH) and Fort Lauderdale /Hollywood (FLL) on Mondays and Fridays starting on November 29. Departure from CPH will be at 14:45, arriving at FLL at 19:30 local time.

The new services will be operated with Hifly Airbus A340-300s pending the delivery of the delayed Boeing 787-8s.