Qatar Airways and Virgin Australia have unveiled a new strategic partnership that will significantly expand both airlines’ networks, lounges and loyalty programmes.

Commencing mid-year, the partnership will give travellers greater access, unparalleled customer experience and unique benefits when travelling between Australia and Qatar Airways’ global network, with convenient transit options across Qatar Airways’ Australian gateways and key Virgin Australia hubs, including Melbourne, Sydney, Brisbane, Adelaide and Perth. The strategic alliance will provide a critical trade and tourism boost for Australia, while opening a world of new travel opportunities for both airline’s customers.

The partnership agreement was announced at the start of the Arabian Travel Market in Dubai, where Qatar Airways has a significant presence.

The partnership with Virgin Australia builds on Qatar Airways’ long-term commitment to connecting Australia to the world. During the COVID-19 pandemic, Qatar Airways was the only airline consistently operating international services to Australia, providing critical links for Australians to return home.

Virgin Australia Group has taken an important step in its journey towards Net Zero, unveiling the first phase of its fleet growth program which will see four new Boeing 737 MAX 8 aircraft introduced to its network and Fokker 100 aircraft retired from service and replaced by Boeing 737-700s.

The four new MAX 8 aircraft, scheduled to start entering service from February 2023, will reduce emissions by 15% per journey in comparison to current 737 NG aircraft. Each 737-700 will fly more passengers for a similar amount of fuel than each F100, resulting in 30% less emissions per seat per trip.

Virgin Australia CEO Jayne Hrdlicka said the fleet program is part of a broader growth strategy which will see the Boeing 737 fleet, currently consisting of 737-700 and 737-800 aircraft, increase to 88 with the inclusion of 4 MAX 8 aircraft in response to increasing demand.

“We are on track to return to 100% of pre-COVID domestic capacity by June this year and expect to well exceed those levels by year’s end, and our resources sector and contract flying in WA is in high demand. This investment in our fleet reflects the increased demand we are experiencing in all parts of Virgin Australia,” Ms Hrdlicka said.

“With growth comes a larger carbon footprint, so it’s vital that we take the right steps now to ensure that as we do more flying, we are also working to reduce our emissions.

“We have a younger average fleet age than other airlines operating in the Australian market and we are in a good position to phase out our older F100 aircraft for more fuel-efficient options.

“This fleet program is about making sure we capitalize upon that advantage as we work toward achieving our 33% domestic market share, strengthen our resources sector and contract flying, and continue on our journey to Net Zero.”

Since it’s re-launch in November 2020 the Virgin Australia Group has announced it will grow its 737 fleet by over 50%, from 58 aircraft to 88. The Group currently operates 10 x F100 aircraft across its operations in Western Australia, with the F100 fleet to be gradually transitioned out and replaced by 737-700s from first quarter 2023.

As part of a future phase of its fleet program Virgin Australia Group has an additional 25 Boeing 737 MAX 10 aircraft on order, which will transport more passengers for a similar amount of fuel to current 737 NG aircraft, resulting in 17% less emissions per seat per trip.

“Existing F100 flight and cabin crew, VARA engineering and support staff and corporate and operations functions will be progressively trained to operate and maintain a 737 NG fleet, both as F100 aircraft are retired and as the airline continues to grow its WA resources sector and contract flying business.”

In addition to its 737 fleet, Virgin Australia Group will also continue to operate Airbus A320 aircraft as part of its resources sector and contract flying operations.

Virgin Australia announced its commitment to Net Zero Emissions by 2050 in November last year. In addition to its fleet program the airline is also actively building out its wider sustainability strategy, including investigating operational efficiencies, the use of alternative fuels, and waste management and carbon offsetting programs.

Virgin Australia Airlines has announced it has cancelled a quarter of its flights over the next two months as the Omicron has impacted its ability to staff flights.

Virgin Australia has suspended 10 routes starting in late January including the Sydney – Fiji route, its only international route.

United and Virgin Australia Group announced today a new partnership that will enhance the travel experience between Australia and the Americas. This partnership will add more benefits for both MileagePlus and Velocity Frequent Flyer members as well as access to more one-stop connections to cities across the United States, Australia, Mexico, the Caribbean, and South America. The agreement, which is subject to government approval, is set to roll out starting in early 2022.

United currently offers daily direct flights from San Francisco and Los Angeles to Sydney, while other services including flights from Houston and direct services to Melbourne are expected to resume later in 2022. Under this new partnership, United’s customers will now have access to top Australian destinations including Brisbane, Perth and Adelaide.

In addition to the ability to redeem and earn points/miles, eligible premier MileagePlus and Velocity members will also receive the following benefits when flying on United and Virgin Australia worldwide:

The partnership is another significant customer enhancement for the relaunched Virgin Australia, that will also see the airline resume the sale of codeshare flights at virginaustralia.com, starting with United services in early 2022, followed by the airline’s other international partners. Virgin Australia first paused the sale of codeshare flights on its website at the height of the pandemic, and today’s announcement will open a new gateway for travel between Australia and the U.S. and beyond.

Virgin Australia has made this announcement:

Virgin Australia will resume flights between Sydney and Canberra from January 30, 2022, with more than 50 services available between the two capital cities each week, under an exclusive agreement with Link Airways.

The services, which were first paused in April 2020 at the height of the pandemic, will be operated using Link Airways’ SAAB 340 B Plus aircraft and crew, with up to 9 flights per weekday.

The agreement with Link Airways will extend the Virgin Australia domestic network reach into markets like Sydney-Canberra that its’ own 737-800 aircraft cannot serve effectively.

As the airline quickly ramps up capacity across domestic and short-haul international services it will continue to evaluate new destinations and opportunities to connect Australia.

Since September, Virgin Australia has launched 15 new services, some of which have never been operated in the airline’s 21-year history, as the revitalized business takes flight under new ownership.

Virgin Australia continues to expand its domestic network launching three new services in time for summer holidays, including the first commercial service linking Launceston and the Gold Coast in more than two decades

Scheduled to take off in early December, the three new routes will allow over 19,000 additional passengers to fly each month between Gold Coast, Hobart and Launceston, providing a boost to local business and the tourism sector and allowing more Virgin Australia team members to return to the skies.

The announcement includes the first commercial service connecting Launceston and the Gold Coast in two decades, which will operate three times per week, and allow for up to 4,224 additional passengers each month to fly directly between the two cities. 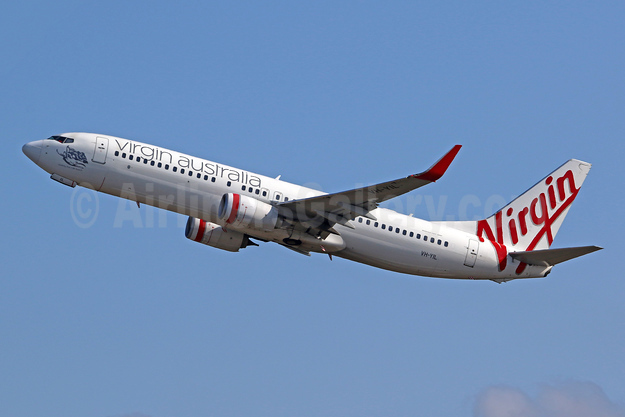 Virgin Australia will introduce two new direct Hobart services, as the airline continues to expand its network schedule in markets with open borders ahead of the Christmas holiday period.

The services include the introduction of direct flights between Hobart – Adelaide, with the first flight taking off on October 22, 2021, and the resumption of services between Hobart and Perth between October 29, 2021 and April 25, 2022.

The news follows a number of other network announcements made by Virgin Australia in the past month, including the commencement of two new Launceston services as the airline pivots to reconnect Australia in new ways.

“Virgin Australia continues to look for new ways to expand our network schedule to create more travel opportunities for Australians where free movement across borders is permitted. That’s why we’re proud to announce the launch of services between Hobart, and Adelaide and Perth in time for Christmas,” said Mr Hartley.

Virgin Australia operated the first direct flights between Adelaide and Launceston in more than 20 years with the airline’s inaugural services take-off on September 7.

First announced last month with a series of Virgin Australia network changes to navigate border restrictions, the Adelaide-Launceston flights will operate three-times per week, connecting up to 4,200 travelers each month with some of the country’s best food and wine, culture and natural wonders. The direct services will also generate a much-needed boost to the local tourism industry, while allowing more Virgin Australia employees to return to the skies.

In addition, the airline also reintroduced services between Adelaide and Darwin on September 6.

Virgin Australia has made this announcement:

Virgin Australia will introduce two new direct services ahead of the September school holidays as the airline pivots its network schedule to reconnect Australia in new ways.

The new services, focussed on markets with open borders, include the resumption of flights between Adelaide – Darwin from 6 September and the introduction of a brand-new direct service, never before operated in the airline’s 21-year history, between Adelaide – Launceston, commencing on 7 September.

To kickstart the launch of the services, Virgin Australia is offering the following one-way Economy sale fares from today until midnight this Friday 13 August or until sold-out:

And for customers looking to travel at the pointy end, Virgin Australia will continue to sell their great value Business Class fares on these services:

Virgin Australia customers who hold travel credits or Future Flight credits are also encouraged to take advantage of the great value fares which are expected to sell-out quickly.

Virgin Australia Group has announced it has reached an agreement with Boeing to restructure its Boeing 737 MAX order and delivery schedule.

The restructured order book now consists of 25 Boeing 737 MAX 10 aircraft which are scheduled for delivery from mid-2023, providing greater efficiencies to the airline as well as a better flying experience for customers. The airline will no longer receive the Boeing 737 MAX 8.

Recognizing the recertification of the Boeing 737 MAX by the US Federal Aviation Administration and other regulators, Virgin Australia Group remains confident that global return to service plans will support its arrival in mid-2023. This, alongside design features such as the Boeing Sky Interior and higher seating capacity, make for a better product for customers and the environment.