Contour Airlines has announced it will launch service to Milwaukee from Indianapolis and Pittsburgh starting on October 12.

Additionally the carrier will launch flights from Indianapolis to both Pittsburgh and Nashville.

Contour Airlines announced today that it has selected Santa Barbara, CA as a focus city and will begin new service between Santa Barbara and Sacramento, CA on April 16, 2019.

The carrier will also increase the number of flights from Santa Barbara to Oakland and Las Vegas to two daily round-trips (except Saturdays) beginning May 15, 2019.

Flights will be operated by Embraer ERJ 135 regional jets featuring 30 leather seats with 36″ of legroom in every row.

Contour Airlines announced today that it has completed the acquisition of five additional Embraer ERJ-135 regional jets, bringing its ERJ fleet size to 11, and the total number of aircraft operated by Contour to 25.  The new aircraft will be deployed into Contour’s growing route network across the country.

“2018 was a transformative year for Contour,” said Matt Chaifetz, Chief Executive Officer.  “Our network grew from four to fourteen cities in less than twelve months.  The response to Contour’s distinctive combination of a premium product, reliable service, and low fares has been overwhelming, and is a testament to the hard work and dedication of our nearly 400 team members.  We are incredibly excited about the additional opportunities that these new aircraft present for further profitable growth.”

The transaction coincides with the recent announcement that Contour has been awarded the contract to provide Alternate Essential Air Service between Fort Leonard Wood and St. Louis, MO.   Fort Leonard Wood is the seventh community supported by the Essential Air Service program to select Contour as its recommended air service provider.  Once service begins this February, Contour’s network will include a total of sixteen cities nationwide.

In total, the company expects over 100 new jobs, including approximately 50 pilot positions, to be created as its new aircraft enter service. 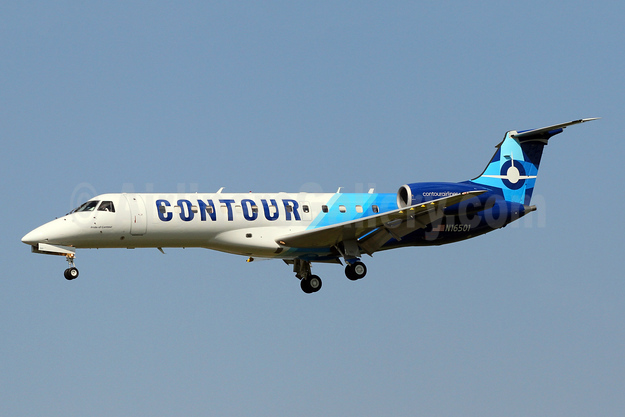 Contour will operate 30-seat Embraer ERJ 135 aircraft between the two cities featuring all leather seating with expanded legroom, complimentary snacks and beverages, and a free checked bag included with every fare.

Contour Airlines (Smyrna, TN) is expanding to the U.S. West Coast. The carrier is adding service between Crescent City and Oakland in California on April 11.

The new route will be operated with Bae Jetstream 31 aircraft.