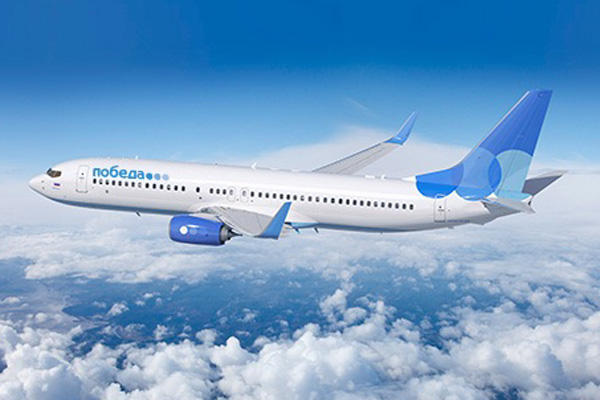 Pobeda (Moscow-Vnukovo), the low-cost carrier of Aeroflot, operated its first revenue flight on December 1 on the Moscow (Vnukovo)-Volgograd route with Boeing 737-800s.

Pobeda will provide daily flights on the route from Vnukovo Airport, Terminal A in accordance with the following schedule:

Aeroflot Russian Airlines (Moscow) has announced its schedule changes for its winter schedule valid until March 28, 2015:

Aeroflot will operate its own flights to 121 destinations — 69 of which are abroad — including 46 destinations in Europe, 13 in Asia, 5 in the USA, 5 in the Middle East and Africa. The winter CIS network covers 11 destinations: Baku, Bishkek, Yerevan, Minsk, Tashkent, Kiev, Dnepropetrovsk, Kharkiv, Odessa, Karaganda, Chisinau.

Starting from February 1, 2015 Aeroflot will add two new destinations, twice daily to the Russian cities of Arkhangelsk and Murmansk.

During the winter season Aeroflot will fly daily to Tbilisi and Chisinau.

Instead of the flights to Gelendzik, Heraklion, Dubrovnik and Split operated only during the summer season, Aeroflot will fly to Phuket. Two traditional summer destinations — Thessaloniki and Tivat — will become year-round for the first time.

In total Aeroflot Group and its code sharing partners will fly to 333 unique destinations in 68 countries including Russia.

In other news, Aeroflot is transferring the assets of grounded Dobrolet (2nd) (Moscow) to its new subsidiary called Byudzhetny Perevozchik, (translated as Budgetary Carrier).

Ukraine International Airlines-UIA (Kiev) and other other Ukrainian airline have been banned by Russia from using Russian airspace in retaliation to sanctions by the European Union due to the on-going conflict between Russian-backed rebels in eastern Ukraine and the military of the Ukraine. Russia is reportedly considering restrictions on other European airlines for their trans-Siberian flights after Aeroflot’s subsidiary Dobrolet (2nd) (Moscow) was grounded by EU sanctions due to the Ukrainian conflict.

UIA is deeply concerned with destructive actions of the Russian authorities and their controversial stand on transit flights of Ukrainian airlines banned from transit over the Russian territory.

Russia’s unilateral actions of banning flights force UIA to significantly lengthen its air routes from Ukraine to the East. This will lead to increase in operating costs by 15-20%, as well as to flight delays, which will cause significant discomfort to passengers.

UIA informs that it is forced to operate flights on lengthened routes, and expresses apologies to all of its passengers and partners for the discomfort caused due to a fault of the Russian authorities.

The company is deeply concerned about the fact that the Russian authorities are trying to use air transport as a tool for political pressure, cynically ignoring the interests of thousands of citizens from dozens of countries being the UIA passengers.

Due to new sanctions imposed by the European Union, the leases of the Boeing 737-800s from European companies has been cancelled leaving the airline without any aircraft. The airline has been forced to suspend its own operations starting today. However the carrier is wet leasing aircraft from Orenburg Airlines to fly their schedules.

The European Union blacklisted Dobrolet on July 30, 2014 as part of a sanctions package against Russia.

In connection with the cancellation of the contract of leasing aircraft Boeing 737-800, due to the sanctions imposed by the EU in respect of airline Dobrolet, we are forced to temporarily suspend flights on all routes from August 4, 2014.

On the route Moscow-Simferopol-Moscow all passengers with flights to September 15 inclusive, will be transported by Orenburg Airlines at the date and time specified on the ticket.

On the route Moscow-Volgograd-Moscow all passengers with flights to August 20 inclusive, will be transported by Orenburg Airlines at the date and time specified on the ticket.

Flights on other routes are temporarily canceled, passengers will automatically receive a full refund.

We sincerely apologize for the inconvenience!

Update: On August 6, 2014 the airline announced it had ordered sixteen new Boeing 737-800s to be delivered in 2017-2018. This batch of aircraft may be coming from a non-European leasing company as Boeing has not confirmed this new order.

The new carrier was named in honor of a predecessor of today’s Aeroflot – JSC Dobrolet.

According to the carrier, “the low-cost model is based on maintaining tight control of costs, particularly on some elements of service. As a result, Dobrolet’s transportation costs are 20%-30% lower than classical established carriers, and may be further reduced in future.”

Simferopol, Crimea is Dobrolet’s first key destination, with four daily flights to the Crimean city contributing to the transport integration of Crimea with other regions of Russia.

In August, Dobrolet will launch flights to St Petersburg and Samara. The route network will subsequently expand to other Russian regions, and from 2016 Dobrolet plans to fly to international destinations, primarily in Europe and the CIS.

The new airline’s fleet will consist of new Boeing 737-800s in one-class configuration designed to carry 189 passengers. By the end of 2014 Dobrolet will operate eight aircraft.

Dobrolet plans to increase its fleet to 40 aircraft by 2018, operating 45 routes and carrying more than 10 million passengers. 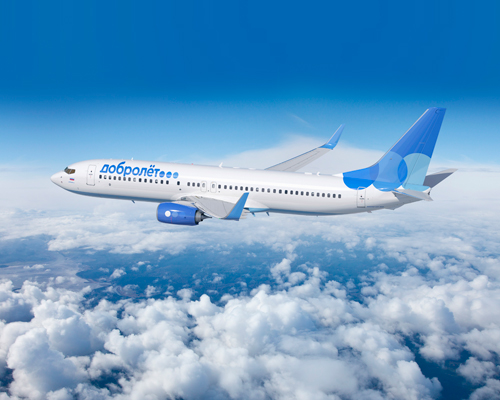 Aeroflot issued this statement about ticket sales for the new subsidiary:

More than a half of all tickets offered by low-budget airline Dobrolet for June were booked during the first day of sales. The sale was opened on May 26 at 23:17 Moscow time, and within the first 24 hours 13,700 tickets were booked on the initial Moscow-Simferopol-Moscow route.

Simferopol is in the newly annexed Crimea (see route map below).

The new airline was issued its Air Operators Certificate (AOC) on May 19.

The carrier will commence scheduled operations with two Boeing 737-800 Next-Generation aircraft. The airline will also operate one Sukhoi Super Jet 100 (SSJ100) according to a press release in Russian.

Aeroflot owns 100 percent of the shares and projects it will invest $100 million in the new company in the first two years.

Aeroflot Group (Aeroflot Russian Airlines) (Moscow) now includes a budget airline named Dobrolet (2nd). Originally, it was the name of the joint-stock company established in 1923, a predecessor of today’s Aeroflot.

Dobrolet will be based in the Moscow region. The fleet of the new airline will consist of Boeing 737-800 aircraft in an one class configuration. It is assumed that the low-cost carrier will start operating in spring of 2014. At the initial stage the airline will fly to the most popular destinations in the European part of Russia.

According to the airline group, “The reduction of transportation costs up to 40 percent compared to the “traditional” carriers will be achieved in several ways. Among them are: the increase of the number of seats in the cabin of an aircraft by reducing the pitch between the seats and fixed backrests; only direct ticket sales; an additional payment for a comfort seat, checked baggage, priority boarding, and meals on board; a possibility to book and sell additional services online at the company’s web site.

The Aeroflot Group will own 100 percent of the shares in the new company. An estimated investment in the project will be around $100 million over the first two years. The airline will operate 8 aircraft in the year of the launch; the annual fleet growth is planned as an average of 8 aircraft per year. Vladimir Gorbunov is appointed the Director General of the new Dobrolet.