Buzz by Ryanair , the Polish subsidiary of Ryanair, is now available for viewing after the first aircraft was painted in the new livery by Boeing, pending re-certification and delivery. 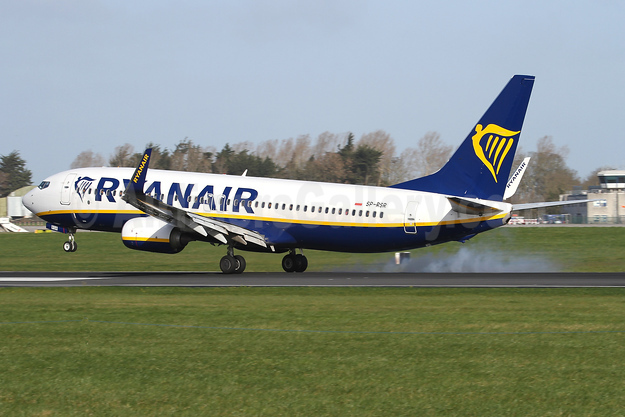 Ryanair still holds the rights to Buzz name and brand.

The first Buzz (below) was a British low-cost airline operating flights within Europe. It operated from 2000 until 2004 as a subsidiary of KLM and at the end, Ryanair. Ryanair acquired the assets of Buzz including the London Stansted airport slots and 8 Boeing 737-200 and 10 BAe 146-300 aircraft.

In September 2004, Ryanair decided to close down Buzz Stansted and all operations were halted on October 31, 2004.

On April 23, 2018 Ryanair started a new subsidiary called Ryanair Sun in Poland. The aircraft carry Polish registrations (top) but do not display the Sun name on the aircraft.

Now Ryanair has decided to resurrect the Buzz brand and will rebrand Ryanair Sun as Buzz (2nd) (below).