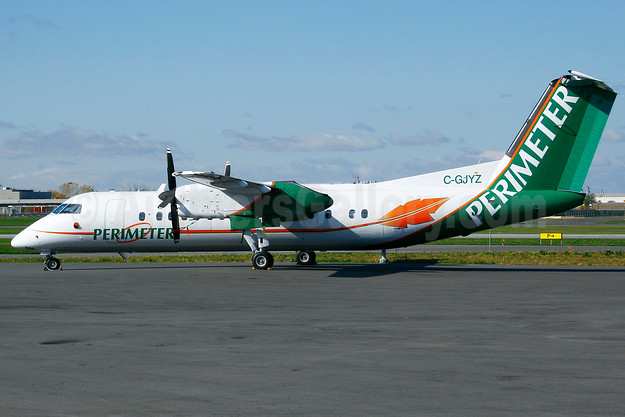 Incorporated in 1981 as the Manitoba Keewatinowi Okimakanak (MKO), MKO is a non-profit, political advocacy organization that provides a collective voice on issues of inherent, Treaty, aboriginal and human rights for the citizens of the 30 sovereign First Nations. The MKO First Nations are the signatory to Treaties 4, 5, 6 and 10.

MKO receives its mandate by resolution of the MKO Chiefs in General Assembly. The Grand Chief, elected for a three-year term, serves as the principal spokesperson. A regionally representative Executive Council of Chiefs provides ongoing direction between General Assemblies.

Established in 1960, Perimeter Aviation is a diversified regional airline that provides regular scheduled passenger airline service, medevac operations, and cargo services to locations in Manitoba and Northwest Ontario. In addition, Perimeter provides on-demand charter services and operates out of its own terminal at the Winnipeg International Airport.

With main bases located in Winnipeg MB, Thompson MB, and Sioux Lookout ON, Perimeter provides daily scheduled service to more than 25 communities in Manitoba and Northern Ontario. Perimeter has approximately 575 employees; over 20% of which are of Indigenous decent from the various communities we serve. Perimeter mainly operates two aircraft types allowing for operational efficiencies. Most of the communities serviced by Perimeter are isolated and difficult to reach by ground transportation (other than by ice-road in the winter).