Al-Qahtani Aviation, owner of SaudiGulf Airlines, has signed an agreement to purchase ten Airbus A320neo family aircraft. The commitment was announced at the Bahrain International Airshow, which runs until November 16, 2018.

SaudiGulf Airlines currently operates a fleet of six Airbus A320 aircraft from its hub in Dammam.

This agreement, was signed in the presence of the Custodian of the two Holy Mosques, King Salman bin Abdulaziz Al Saud, and President of the United Sates of America Donald Trump. When finalized, the deal will also mark Boeing’s entry into SaudiGulf Airlines’ fleet.
The MOU was signed by Tariq Abdelhadi Al Qahtani, Chairman, SaudiGulf and Dennis Muilenburg, Chairman, President and CEO, The Boeing Company.

The SaudiGulf Airlines deal will further boost an already strong relationship between Boeing the Kingdom of Saudi Arabia. A relationship which began on February 14, 1945, when U.S. President Franklin D. Roosevelt presented a twin-engine DC-3 Dakota airplane to King Abdulaziz Al Saud, which marked both the beginning of the Boeing relationship with Saudi Arabia and the birth of commercial air travel in the Kingdom.

SaudiGulf Airlines is a new national, quality airline in KSA which started its operation in October 2016 with four brand new Airbus A320 aircrafts. SaudiGulf Airlines is the newest addition to the Saudi skies introducing a new level of Boutique service with the youngest fleet in the region.  The airline operates a dual class (First and Economy) configured A320, with newly designed comfortable leather seats and inflight entertainment systems in every seat offering a wide variety of movies, games and audio programs even on domestic flights.

The aircraft were not specified in the MOU. 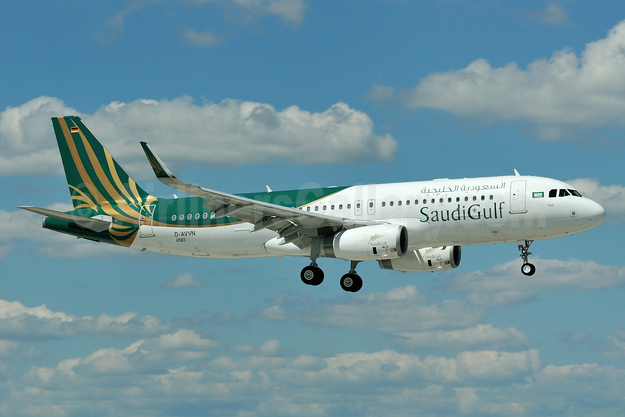 The Saudi carrier is planning to add twice-daily flights on the Riyadh – Dubai route in March.

The airline is also planning to add new routes from Dammam to four cities in Pakistan, namely Islamabad, Lahore, Peshawar and Sailikot.

Will SaudiGulf finalize its agreement for up to 16 Boeing 777s? Previously the privately-owned airline had publicly stated it planned to finalize an order with Boeing by the third quarter of 2017. 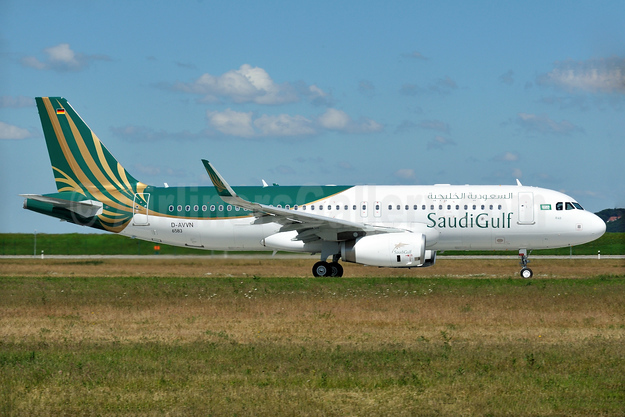 SaudiGulf Airlines (Dammam, Saudi Arabia) is finally getting airborne. The new airline announced it launched scheduled passenger flights on October 29, 2016 from Dammam to Riyadh. Service to Jeddah will begin later on November 27, 2016.

The company was established in 2013 by Abdel Hadi Abdullah Al-Qahtani and Sons Group of Companies. The airline acquired its AOC on June 22, 2016.

“Build an airline that pushes the boundaries of service and technology and make it the new benchmark of efficiency.

Connect travelers across the Kingdom and beyond, creating engaging experiences and achieve the highest levels of service by delivering seamless operations and custom-made products and services.

Be a friendly, approachable and hospitable airline that offers individual attention to customers, proactively thinking ahead to provide tailor-made solutions.

Write a new chapter in the Kingdom’s aviation history and serve the nation with pride and innovation.”

SaudiGulf Airlines is expected to receive its Air Operating Certificate (AOC) in June 2016 and the new airline is now planning to launch operations on June 22, 2016.

Previously SaudiGulf Airlines had stated in October 2015 that it intended to start operating flights on November 1, 2015 from Dammam to Jeddah, Riyadh and one international destination but the start date was delayed until now.

As one of the two airlines to obtain carrier licenses to operate domestic and international flights from Saudi airports, the airline will contribute to increase the Kingdom’s air transport links with the region and the rest of the world. SaudiGulf plans to launch its operations out of Dammam (see map above), in the first quarter of 2015 followed by Riyadh and Jeddah.

Previously Bombardier Aerospace had announced the Dammam-based Al Qahtani Aviation Company has signed a firm purchase agreement for 16 CS300 aircraft with options for an additional 10 CS300 jetliners. The aircraft will be operated by SaudiGulf Airlines, a newly launched national carrier from the Kingdom of Saudi Arabia. Al Qahtani Aviation Company and SaudiGulf Airlines are both owned by Saudi Abdel Hadi Abdullah Al-Qahtani & Sons Group of Companies (Tariq Al-Qahtani & Bros.).

However the CS300 has been delayed.

Bombardier Aerospace (Montreal) has announced Al Qahtani Aviation Company (Dammam) has signed a firm purchase agreement for 16 CS300 aircraft with options for an additional 10 CS300 jetliners. The aircraft will be operated by SaudiGulf Airlines, a newly launched national carrier from the Kingdom of Saudi Arabia. Al Qahtani Aviation Company and SaudiGulf Airlines are both owned by Saudi Abdel Hadi Abdullah Al-Qahtani & Sons Group of Companies (Tariq Al-Qahtani and Brothers).

In other news, Bombardier Aerospace has confirmed its CSeries aircraft program is making solid progress and initial performance results are in line with the company’s expectations. However, based on the thorough review of the CSeries program after the first flight of the CS100 on September 16, 2013, the flight test phase will require more time than originally anticipated to ensure, amongst other things, that the aircraft has the overall system maturity to support a successful entry-into-service. The CS100aircraft’s entry-into-service is now scheduled for the second half of 2015 and will be followed by the CS300 aircraft’s entry-into-service approximately six months afterwards.

“We are taking the required time to ensure a flawless entry-into-service. We are very pleased that no major design changes have been identified, this gives us confidence that we will meet our performance targets,” said Mike Arcamone, President, Bombardier Commercial Aircraft. “While the process has taken more time than we had expected, our suppliers are aligned with the program’s schedule and together, we will continue to work closely to move the program steadily forward. With the first flight of flight test vehicle 2 (FTV2) successfully completed on January 3, 2014, the CSeries aircraft program will continue to gain traction over the coming months.”