Air France and Azores Airlines made this announcement:

Thanks to a code-share agreement between Air France and Sata Azores Airlines, customers of both airlines now enjoy new travel opportunities to the Portuguese Azores islands on departure from Paris-Charles de Gaulle via Lisbon and Porto (Portugal): Ponta Delgada, Terceira, Santa Maria, Horta and Pico. Starting January 27, 2020, customers can now book their flight between Paris-Charles de Gaulle and one of the destinations in the Azores and travel on the date of their choice.

Air France is adding its marketing code to Sata Azores Airlines-operated flights, by Airbus A320 and A321 on departure from Lisbon and Porto to Ponta Delgada, Terceira, Santa Maria, Horta and Pico.

As part of this mutual agreement, Sata Azores Airlines is adding its marketing code to Air France-operated flights, by Airbus A319, A320 and A321, on departure from Lisbon and Porto to Paris-Charles de Gaulle.

With this agreement, Air France and Sata Azores Airlines are offering, on a code-share basis, over 70 weekly flights to the Azores from Lisbon and Porto and more than 60 weekly frequencies between Paris-Charles de Gaulle and Lisbon and Porto.

Eligible Air France customers have access to the Sata Azores Airlines lounges in Lisbon, Porto and the Azores islands, in addition to “Fast Track” access at Lisbon and Porto airports, allowing them to pass security checkpoints quickly and easily and bypass long wait lines.

Azores Airlines, the Azores archipelago-based carrier, has taken delivery of its first of three Airbus A321LRs to be leased from Air Lease Corporation, becoming the latest operator of the long-range single-aisle aircraft.

Powered by CFM International’s LEAP-1A engines, the Azores Airlines’ A321LR comprises 190 seats in a two-class configuration (16 Business class seats and 174 seats in Economy) offering premium wide-body comfort in a single-aisle aircraft cabin and with single-aisle operating costs. With this new A321LR, the Portuguese operator will continue its strategy of growth and network expansion to European destinations as well as transatlantic routes between the Azores and North America.

The A321LR is a long-range (LR) version of the best-selling A320neo Family and provides airlines with the flexibility to fly long-range operations of up to 4,000 nm (7,400 km) and to tap into new long-haul markets, which were not previously accessible with single-aisle aircraft.

The A321LR will join the Azores Airlines’ Airbus fleet of five single-aisle aircraft comprising three A320ceo and two A321neo jetliners in service since last year. This new member of the fleet will provide Azores Airlines with more operational flexibility while leveraging on aircraft commonality.

The airline made this short announcement on social media:

On October 15, the last aircraft of Azores Airlines’ A310 fleet makes its last flight.

It is a 19-year cycle, almost two decades to transport thousands of passengers to the most diverse destinations.

Thank you to all who caressed this distinguished fleet!

Note: The Airbus A310 fleet did not receive the name and livery change to Azores Airlines due to the pending retirement of the last A310. 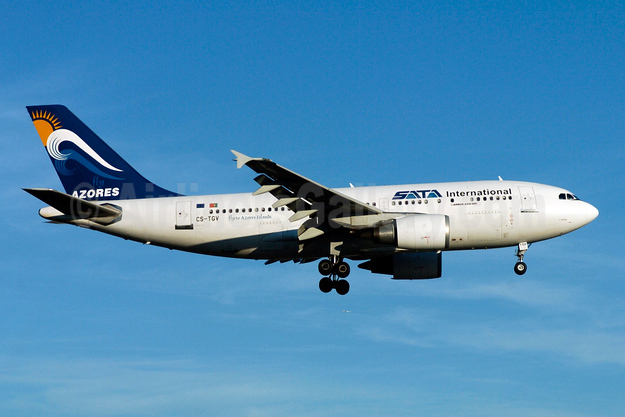 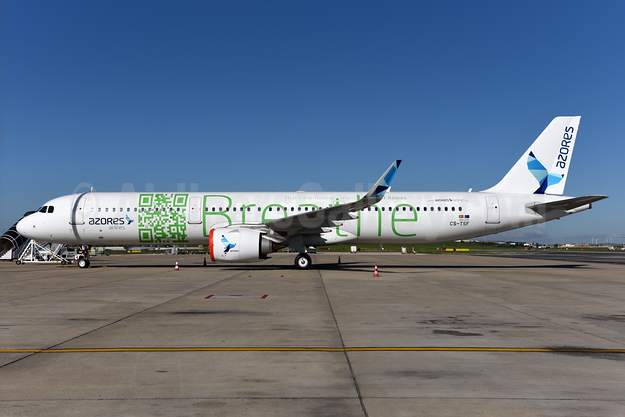 The route will be operated with Airbus A321 aircraft.

Azores Airlines, which is fully owned by Sociedade Açoreana de Transportes Aéreos (SATA), is modernizing its short-haul and trans-Atlantic fleet with the Airbus A321neo and by 2019 with the longer range A321LR. The decision follows a growth strategy to expand into new trans-Atlantic routes.

Azores Airlines (SATA) has been an Airbus customer since 1999 operating seven A310, A320 and A330 Airbus aircrafts across Europe, Canada and North America.

According to Airbus, The A321LR, the latest member of the market leading A320neo Family, will be able to fly longer routes of up to 4,000 nm. The A321LR will provide additional flexibility as it will have the longest range of any single aisle airliner, making it ideally suited to transatlantic routes and enable airlines to tap into new long haul markets which were not previously accessible with current single aisle aircraft. First deliveries will start in 2019.