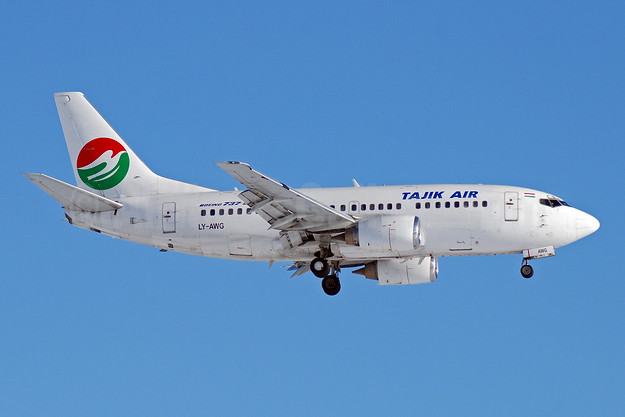 Tajik Air (Dushanbe) on January 14, 2019 ceased all operations after failing to deal with its increasing financial problems.

Competitor Somon Air announced it had taken over the Dushanbe – Moscow (Domodedovo) route on January 3, 2019.

Due to suspension of Tajik Air flights on some routes, starting from January 3, 2019 Somon Air began to carry out flights on the route Dushanbe – Moscow (Domodedovo) – Dushanbe, earlier operated by Tajik Air. Thus, in addition to its morning flights to Domodedovo Airport (departure from Dushanbe – 8:00 local time) Somon Air will also operate night flights to Domodedovo (departure from Dushanbe – 20:00). Arrival time at Domodedovo Airport – 22:25, departure time from Moscow is 00:10; arrival to Dushanbe is at 06:10 local time). All flights will be carried out on Boeing 737-800 and -900 aircraft.

Let us remind that Somon Air also operates flights to Zhukovski Airport three times a week – on Wednesdays, Fridays and Saturdays. Departure from Dushanbe is at 14:30 local time.

Tajik Air (Dushanbe) is planning to launch a weekly route from Dushanbe to Istanbul with Boeing 737-500s.