Taos Air and Taos Ski Valley have made this announcement: 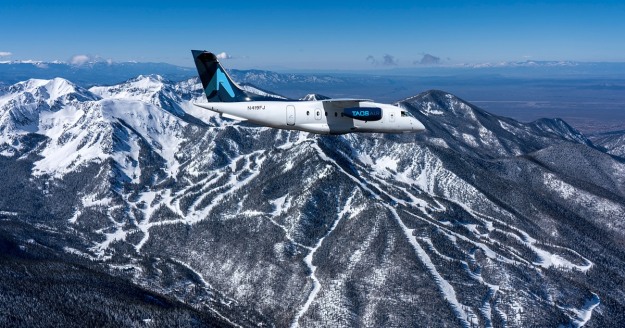 In a move that makes skiing the Rocky Mountains easier than ever for Southern Californians, the Taos Regional Airport will begin direct charter flight service to and from Hawthorne Municipal Airport in Los Angeles and McClellan-Palomar Airport in Carlsbad beginning January 9. Taos Air offers a charter flight experience at the price of a commercial airline ticket, and also offers complimentary ground shuttle service between the airport and Taos Ski Valley’s newest hotel, The Blake at Taos Ski Valley, along with complimentary ski and snowboard rentals for four days – making it a truly innovative and enhanced way to visit one of the world’s premier ski resorts. 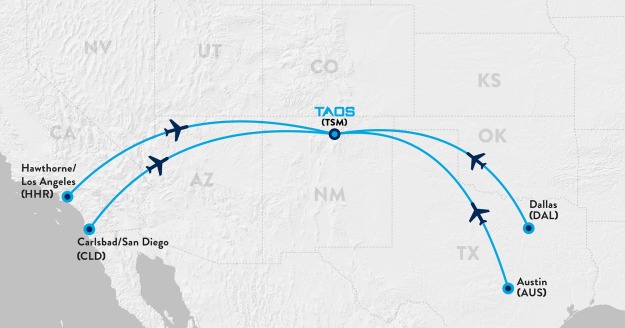 Starting January 9 and continuing through March 29, Taos Air will provide direct charter flight service between Taos Regional Airport (TSM), from Hawthorne Municipal Airport (HHR) in Los Angeles and McClellan-Palomar Airport (CLD) in Carlsbad. Winter service will consist of one flight to and from each destination every Thursday, Saturday, and Sunday or holiday Monday, for a total of six round trips per week. 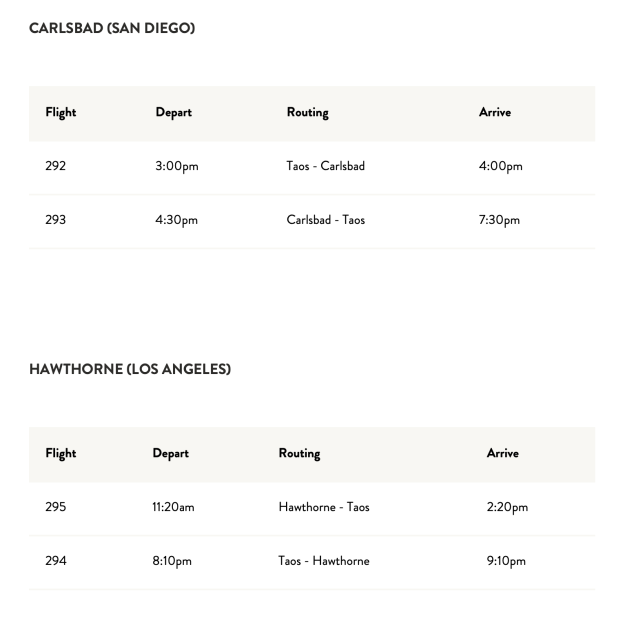 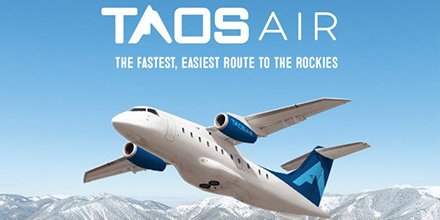 The new airline is flying in its own brand. 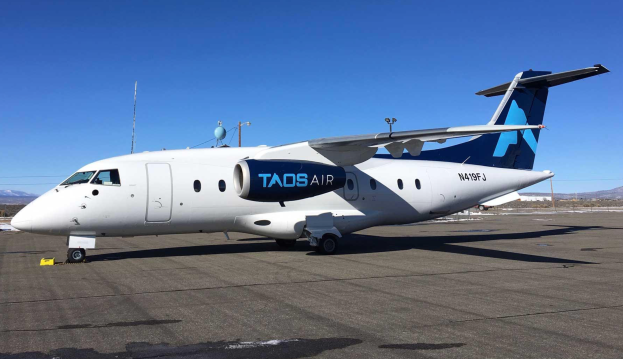 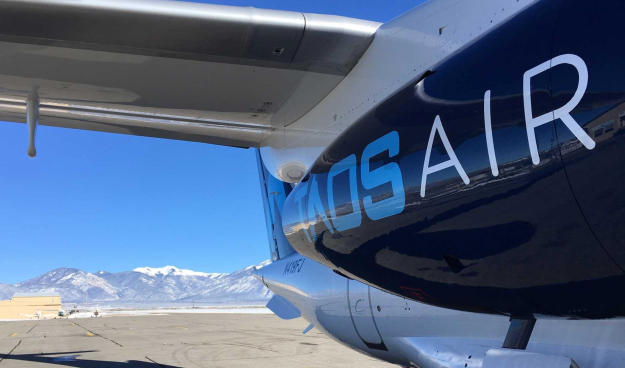 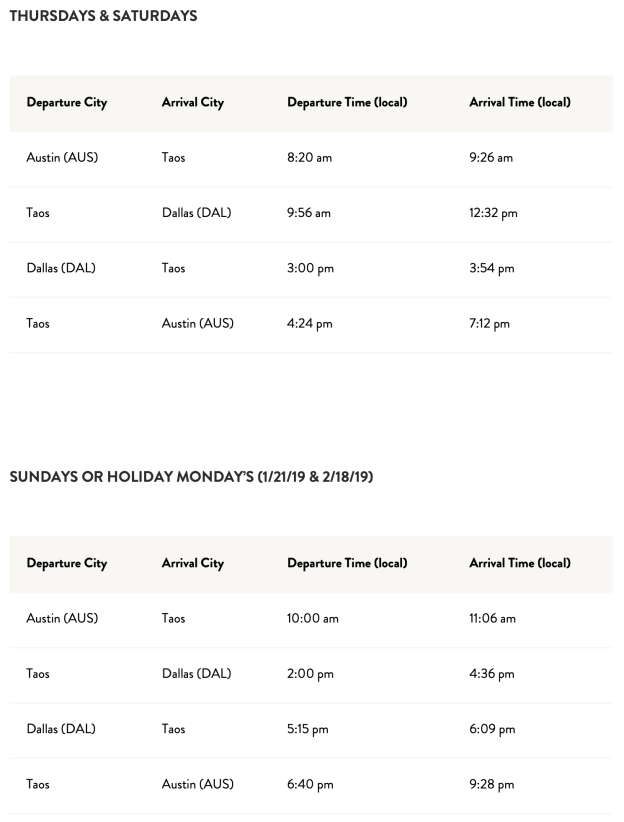 The Town of Taos today announced that the Taos Regional Airport will begin direct charter flight service to and from Austin International and Dallas-Love Field airports beginning December 20. The air service will be known as Taos Air and will be comparably priced to traditional commercial airlines.

The Taos Air launch follows the Taos Regional Airport’s opening of its new crosswinds runway last August. The milestone event was the result of a thirty-year, $24,000,000 development process, in conjunction with the NM Department of Transportation’s Aviation Division and the FAA. 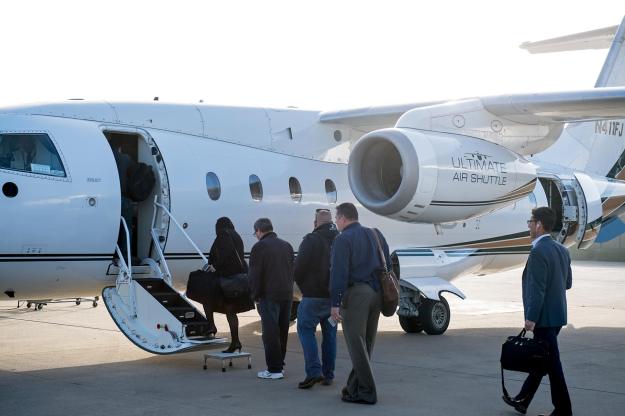 “With the new runway in place, we are committed to positioning the Taos Regional Airport as an economic driver for Taos County and Northern New Mexico,” said Daniel Barrone, Mayor, Town of Taos. “To that end, we are working with the state and our regional partners to develop and fund year-round, long-term air service. Improved accessibility to the area will provide opportunities to diversify the local and regional economy. Initiating seasonal air service with Taos Air is the first exciting step on that journey.”

One stakeholder working with the Town of Taos to bring the new Taos Air charter service to the airport is Taos Ski Valley, Inc., which purchased a 30-passenger jet and entered into a management agreement with Ultimate Jet Charters to operate the new Taos Air service in and out of Taos Regional Airport.

“We’re supportive of the Town’s vision for the airport as a regional economic driver and premier tourist destination,” said David Norden, CEO of Taos Ski Valley, Inc. “Taos Air will now offer the closest, fastest and easiest route to the Rockies from Texas, a thrilling development for skiers, snowboarders and outdoor enthusiasts from that region.”

Starting December 20 and continuing through the end of March, Taos Air will begin direct charter flight service between Taos Regional Airport (TSM) and Austin International (AUS) and Dallas-Love Field (DAL) airports. Winter service will consist of one flight to and from each destination every Thursday, Saturday and Sunday or holiday Monday, for a total of six round trips per week.