Central Mountain Air made this announcement:

Partnering with Communities on Safety

As CMA resumes and grows its schedule, customer safety remains our primary concern. “We have worked closely with each of the communities we serve to ensure their health indicators and demand support scheduled service,” said Cummings. “We know how much these communities rely on our connectivity and are proud to partner with them on this schedule.”

Details on the new routes are: 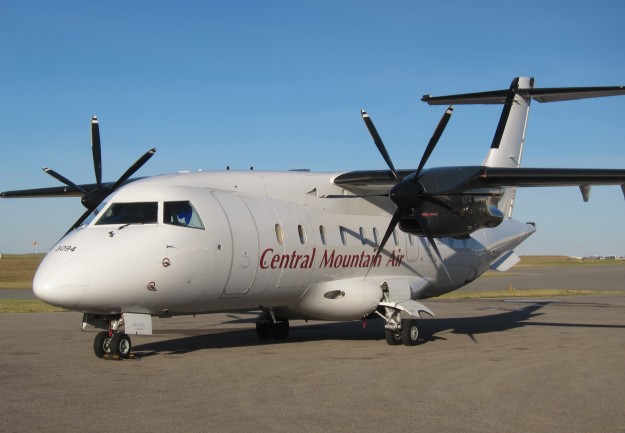 The change increases CMA’s number of business-friendly morning flights into Prince George to five, all five of which connect within 70 minutes to four other B.C. locations. “The increased capacity to Prince George is an important step to improving connection from Alberta to Northern British Columbia. We proudly support Central Mountain Air as they continue to grow at YYC and we look forward to furthering our partnership,” said Rob Palmer, Vice President, Strategy & Chief Commercial Officer, Calgary International Airport. Prince George Airport Authority (YXS) President and CEO Gordon Duke, added “We are pleased Central Mountain Air has further expanded their network out of YXS. This additional flight gives passengers choice in terms of schedule heading to YYC and beyond. We value our relationship with CMA and look forward to supporting them as they continue to grow their presence at our airport.”

Edmonton to Fort St. John is an exciting, previously unserved, nonstop route that we expect to be popular among those in the LNG and energy sectors, supporting the economic growth of Fort St. John,” said Cummings. We congratulate Central Mountain Air on expanding non-stop services to the Edmonton Metropolitan Region, strengthening EIA’s role as an air service gateway to the North,” said Tom Ruth, Edmonton International Airport President and CEO. “Direct flights will connect the energy industry of Fort St. John and Peace River Country to the energy manufacturing centre of Edmonton as well as allow quick, efficient connections to multiple international destinations and within Canada.” Shea De La Mare, Managing Director, North Peace Regional Airport, said “We are delighted to welcome Central Mountain Air’s new non-stop service linking Fort St. John and Edmonton. Passengers travelling for work or leisure on both ends of the route will appreciate this new connectivity, which will also contribute to North Peace Regional’s growing passenger numbers.”