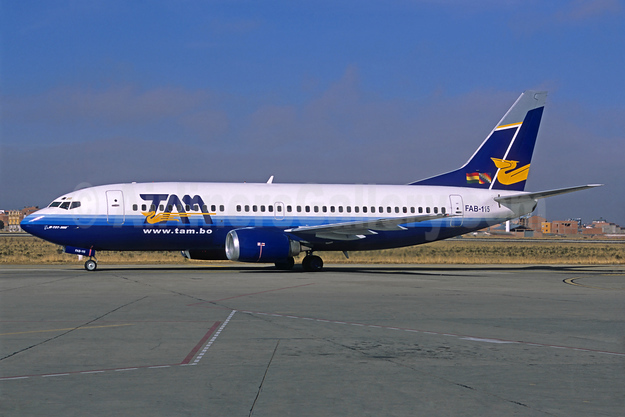 According to the El Mundo newspaper of Bolivia, Transporte Aéreo Militar Empresa Pública (TAM Bolivia), may not be able to operate scheduled airline flights from January 1, 2018.

Update: The Bolivian government has now extended the deadline to mid 2018.

According to the newspaper, the airline bank accounts have been frozen by the Ministry of Economy and Finance. Further, the Dirección General de Aeronáutica Civil (DGAC) has not granted authority to operate starting on January 1, 2018.

The airline has had difficulty paying for two MA-60 aircraft (below) and cancelled any further orders of the type.

Video: TAM Bolivia is one of the last passenger operators of the Boeing 727-200: