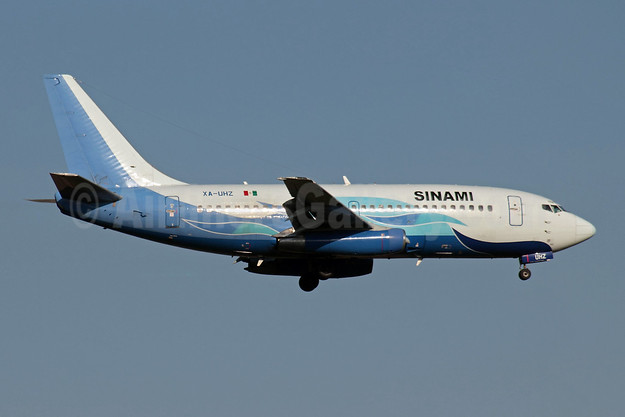 The United States and Cuba have agreed to restore regularly scheduled airline services with a new bilateral agreement. American Airlines, JetBlue Airways and United Airlines have already stated they will seek service rights to serve Havana and other cities on the island. Charter flights will continue for now and there was no timeline given for regularly scheduled flights.

This will also mean the return of Cubana (Havana) to the USA.

In the past, when there was a bilateral agreement, Cubana along with Pan Am, National Airlines and Delta Air Lines previously flew between the two countries.

American Airlines issued the following statement on the United States and Cuba reaching an arrangement that will permit scheduled air service between the two countries for the first time in more than 50 years.

“Today’s announcement is great news for our customers as it brings us one step closer to connecting the U.S. and Cuba with scheduled air service,” said American’s chairman and CEO Doug Parker. “As the leading carrier to the Caribbean and the leading U.S. airline to Cuba, we look forward to establishing scheduled service to Cuba in 2016, from Miami and other American hubs. We appreciate the Administration’s efforts and the hard work of the U.S. negotiators to reach this arrangement.”

American has operated charter service to Cuba since 1991 with flights from Miami, Tampa and Los Angeles to five Cuban destinations: Camaguey (CMW), Cienfuegos (CFG), Havana (HAV), Holguin (HOG) and Santa Clara (SNU). American has been the leader in the U.S. to Cuba market for nearly 25 years. This year, American will operate approximately 1,200 charter flights to Cuba, more than any other U.S. carrier and a 9 percent increase from 2014.

On December 12, American expanded its reach to Cuba with the launch of new charter service, offering customers travel options between Los Angeles International Airport (LAX) and Jose Marti International Airport (HAV) in Havana, and providing the only nonstop service between the West Coast of the U.S. and Cuba.

As a result of today’s announcement, American expects to submit a U.S.-Cuba service proposal to the U.S. Department of Transportation and hopes for timely approval of its proposal to enable American to introduce scheduled service as soon as possible in 2016.

JetBlue applauded a landmark civil aviation agreement that will allow scheduled air service to resume between the U.S. and Cuba.

JetBlue will submit its application for new routes to the U.S. Department of Transportation once the airline has fully reviewed terms of the agreement and has clarity on the process and timing of assigning frequencies to U.S. airlines.

Depending on the number of flight frequencies available to the airline, JetBlue is eager to offer affordable service from numerous U.S. cities to multiple destinations in Cuba.

“We hope the next dot on our Caribbean route map will be Havana, and possibly even other destinations in Cuba,” Laurence said. “Cuba is the perfect addition to the JetBlue network. Over the last several years, we have become a leader in the Caribbean with our position as the largest airline in markets like Puerto Rico and Dominican Republic and an expanding presence across the region.”

JetBlue first began operating charters to Cuba in 2011 and now flies to Havana and Santa Clara from New York, Fort Lauderdale-Hollywood, and Tampa. JetBlue plans to continue operating charter flights with its partners as the process of assigning frequencies for scheduled service flights proceeds.

United Airlines issued the following statement after the U.S. and Cuban governments agreed to reinstitute scheduled air service between the two nations.

“United Airlines congratulates the U.S. and Cuban governments on reaching this historic arrangement, which will strengthen ties and economic development between the two countries. We look forward to offering service between our global gateways and Cuba as soon as we have approval to do so.”

Cubana de Aviacion (Havana) has re-started nonstop flights to Sao Paulo, Brazil. The weekly Havana-Sao Paulo (Guarulhos) route was restored on July 10 and was last operated in December 2004. The flight is operated with Ilyushin Il-96-300 aircraft.

Cubana de Aviacion (Havana) yesterday (May 8) placed its first (of three) 97-seat Antonov An-158 jets (CU-T1710, msn 201-01) into inter-island revenue service on the Havana-Santiago de Cuba and Havana-Guantanamo routes. The An-158 is a stretched version of the An-148.

Cubana de Aviacion (Havana) has started operating its own aircraft on routes to Canada after it ended its wet lease Airbus A320 agreement with TACA.