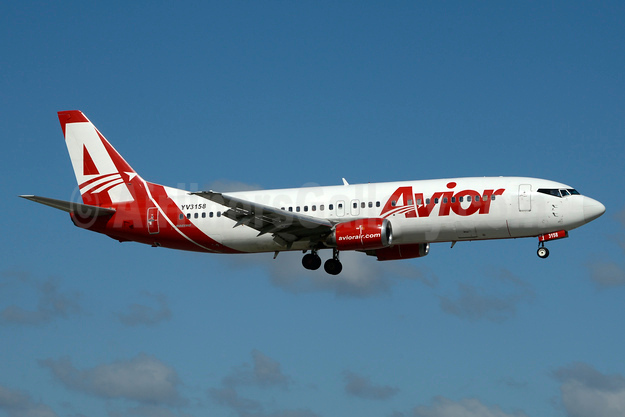 On November 30, 2017 the European Commission updated the EU Air Safety List, the list of non-European airlines that do not meet international safety standards, and are therefore subject to an operating ban or operational restrictions within the European Union.

The EU Air Safety List seeks to ensure the highest level of air safety for European citizens, which is a top priority of the Commission’s Aviation Strategy. With this update, one airline, Avior Airlines (Venezuela), is added to the list, while two others – Mustique Airways (St. Vincent and the Grenadines) and Urga (Ukraine) – are removed following safety improvements.

Commissioner for Transport Violeta Bulc said: “Our objective is to offer the highest level of safety in European skies. The EU’s Air Safety List remains one of our most effective tools to achieve this. Today we are showing that with our help, airlines can be quickly removed from the list when they tackle their safety issues. Work pays off and I hope that the example of Mustique Airways and Urga will inspire others.”

Avior Airlines (certified in Venezuela) is added to the list due to unaddressed safety deficiencies that were detected by the European Aviation Safety Agency during the assessment for a third country operator authorisation (TCO)[1]. On the contrary, Mustique Airways and Aviation Company Urga – which are respectively certified in St. Vincent and the Grenadines and Ukraine – made safety improvements since their inclusion to the Air Safety List in May 2017. This allows them to be today removed from the list.

With this update, a total of 178 airlines are banned from EU skies:

This update of the Air Safety List is based on the unanimous opinion of the aviation safety experts from the Member States who met from 13 to 15 November within the EU Air Safety Committee (ASC). This Committee is chaired by the European Commission with the support of the European Aviation Safety Agency (EASA). The update equally got the support from the European Parliament’s Transport Committee. Assessment is made against international safety standards, and notably the standards promulgated by the International Civil Aviation Organisation (ICAO).

The Commission is constantly looking at ways to improve air safety. One such way is to work with aviation authorities worldwide to raise global safety standards. With this in mind, EASA is therefore implementing technical cooperation projects with partner countries and regions. An example is the “Improving air transport in Central Africa” (ATA-AC) project, where EASA works with a number of African states on several aspects of aviation safety.

Avior Airlines (Barcelona, Venezuela) is expanding. According to this report by Reuters, the Venzuelan carrier is adding six Airbus A340-300s, four additional Boeing 737-400s and two Boeing 737-300s. The first “new” aircraft is due in September. This will allow the carrier to retire its aging Boeing 737-200s.

The airline is also planning to add new routes to Peru, Uruguay and Madrid, Spain, its first European destination.