Hans Airways Ltd is a privately-owned UK start-up airline which was officially founded in October 2019.

Hans Airways, the UK’s newest airline, preparing to launch scheduled flights to India this year, is pleased to announce it has a secured its first aircraft – signing a Letter of Intent for an Airbus A330-200 (MSN 950) in the first week of the new year. The aircraft has been operating with a leading European airline since 2008, configured in a two-cabin layout, which Hans Airways will operate with 275 economy and 24 premium economy seats.

The A330 will be re-registered as G-KJAS, adopting the surname of one of Hans Airways’ principal early investors, who has believed in its community airline model since the project was conceived in 2019.

UK base in Birmingham
Hans Airways has applied to the UK Civil Aviation Authority for its Air Operator’s Certificate and is hopeful of obtaining the status in time to start revenue service this summer. The airline will operate to secondary cities in India from Birmingham Airport. Its application for an Operating Licence and Route Licence has already been published by the UK CAA.

About Hans Airways
Hans Airways is the UK’s newest hybrid, long-haul airline venture, blending value for money fares with a quality inflight service offering. Hans Airways will offer two classes of cabin – Economy (with 31 inch seat pitch and 274 seats) and Economy Plus offering a 56” pitch and 24 seats). It will offer a high quality of complementary inflight entertainment and catering as standard.

In another milestone towards the airline's launch in 2022, Hans Airways welcomed its first batch of cabin crew and pilots for training at Crawley in collaboration with our partners IAGO FLIGHT TRAINING & L3Harris Commercial Aviation#Airlines #Training #crewtraining #hansairways pic.twitter.com/6xjq3n1ymT

Hans Airways (London, UK) is a new start-up. The company has issued this statement:

Delivering on its promise to sign agreements with well-recognized third-party suppliers, Hans Airways will enter into a partnership with Resource Group as the UK start-up airline begins to hire Captains and First Officers for its A330 fleet, allowing it to continue to make progress towards gaining its Air Operator Certificate. 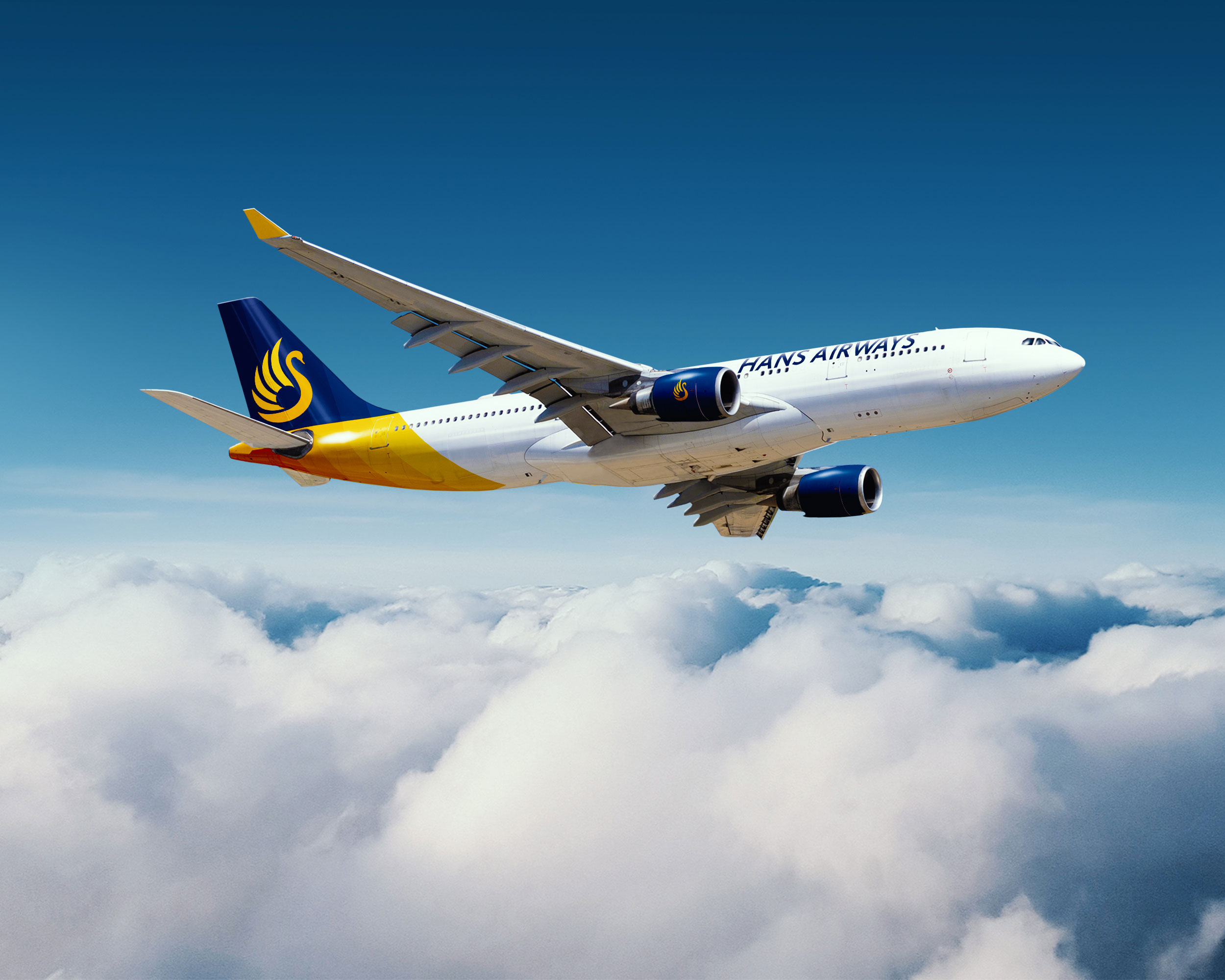 Hans Airways has begun to hire its first flight crew in readiness for the start of operations in late-2021. It will work in partnership with Resource Group to fill these roles as it continues to advance towards obtaining its Air Operator Certificate from the UK Civil Aviation Authority.

Hans Airways has entered into a partnership with Swiss company Resource Group, allowing the UK-based start-up airline to commence the recruitment process for the flight crews it needs to continue along the path towards gaining its UK Air Operator Certificate (AOC) later this year. Using its UK subsidiary ContractAir, Resource Group will work alongside Hans Airways in hiring the Captains, First Officers and Training Captains required to fly its planned fleet of A330-200s.

While progress is clearly being made in terms of Hans Airways’ recruitment needs, the airline, which has had its application for its operating and route licenses to serve India published by the UK Civil Aviation Authority, is continuing to make advances with regards to securing its AOC. “We are getting ready for our proving flight in October as part of the process to obtain Hans Airways’ AOC,” explains Burkitt. “We have determined a planned launch date internally, and we will make an announcement once all regulatory requirements are complete.”

The new airline talks about its plans:

Hans Airways Ltd (Company #12278146) is a privately-owned UK start-up airline which was officially founded in October 2019.

We plan to operate a hybrid business model, harnessing the ‘value for money’ approach adopted by low-cost carriers (LCCs) alongside the ‘quality of service’ approach expected from traditional full-service, long-haul airlines.

The origin of Hans Airways lies in experience operating between secondary city pairs in the UK and India which established that there was a high demand for regular flights serving Indian diasporas in Europe and North America. The CEO of Hans Airways was instrumental in setting up a series of charter flights to one of these destinations with Monarch Airlines and Fly Jet Airlines.

Since autumn 2019, extensive discussions have taken place with the UK Civil Aviation Authority and Department for Transport and the appropriate authorities in India. An application for a UK Air Operator Certificate was submitted to the CAA in March 2020 and is expected to be approved in 3Q21.

In terms of our network, the initial focus is on secondary routes between the UK and India, but other markets feature in the long-term plan. Our aircraft will be configured with two classes, featuring Economy Plus and Economy classes, with a high-quality inflight entertainment system. A frequent flyer program is planned, known as HAPEEI, which gives passengers the normal benefits being a member of the loyalty program, but also gives our customers the opportunity to donate to children’s educational charities.