Air Corsica presented its flight program for the coming summer. This also includes seven European destinations: in addition to Brussels, London, Vienna, Salzburg, Rome and Gothenburg, Zurich will also be served. In July, the Zurich-Ajaccio route will be operated on Saturdays and in August also on Tuesdays.

The Airbus A320 aircraft used on the new route has 180 seats in a one-design class. In total, Air Corsica will offer 5,000 seats between Zurich and Ajaccio during the summer of 2022. On the flights, passengers are offered a small snack as well as soft drinks, coffee, tea and hot chocolate free of charge.

Air Corsica will operate a weekly flight from Bastia to Gothenburg, Sweden this summer season starting on April 25.

The seasonal route will operate through October 3, 2022 with Airbus A320 aircraft. 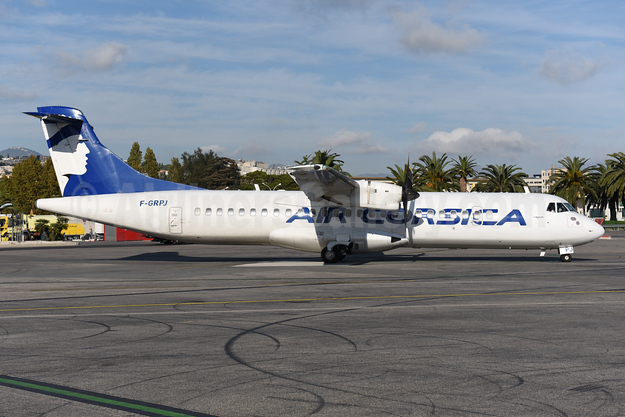 Air Corsica has announced its intention to open the seasonal route that will connect Rome Fiumicino with Ajaccio.

The flights will be operated with ATR 72-500 aircraft.

Air Corsica has made this announcement:

In accordance with the new government instructions imposing strict restrictions on individual travel, Air Corsica is changing its flight schedule for the next fifteen days.

A minimum program is set up on the 12 public service flights in consultation with the Executive Council of Corsica, in order to keep the Region continuity for the benefit of people with mandatory travel needs as well as for the transport of cargo , medical samples and blood.

As of March 18, the Air Corsica network will therefore be operated as follows:

– Reduced frequencies, with an average return and return rotation per day and per line:

– Ajaccio and Bastia-Marseille (Airbus A320):
▪ 1 A / R Monday to Friday morning only, with stopover in Calvi or Figari
▪ 1 A / R daily at the end of the afternoon

– Calvi-Marseille and Figari-Marseille (Airbus A320):
▪ 1 A / R Monday to Friday only, in the morning

These provisions are subject to changes with very short notice, within the framework of a monitoring committee set up between the Corsica Transport Office and Air Corsica.

Air Corsica, the airline company based on the Island of Corsica, has taken delivery of its first of two Airbus A320neo aircraft on lease from ICBC Leasing. With this delivery, the airline becomes the first French A320neo operator.

Each passenger will benefit from a modern cabin that includes USB ports to charge electronic devices during flight. In addition, the aircraft’s lavatories are designed to facilitate access for passengers with reduced mobility.

The two Air Corsica A320neo aircraft will replace the older aircraft in its fleet and will operate on the airline’s main domestic and European networks. Air Corsica is currently operating a fleet of six A320 aircraft.

Featuring the widest single-aisle cabin in the sky, the A320neo Family incorporates the very latest technologies including new generation engines and Sharklets, which together deliver 20% reduced fuel burn as well as 50% less noise compared to previous-generation aircraft.

Marco Finelli was there for the ceremony, reporting from Toulouse:

Air Corsica is first in France with A320neo

The first A320neos to enter in service with a French carrier is Air Corsica. The delivery took place in Toulouse on Friday, November 29, 2019.

This is the first of an order for two jets leased from Chinese lessor ICBC Aviation Leasing. The delivery will take place on coming wednesday December 4, 2019 2020 with a Toulouse – Bastia flight.
The second aircraft will arrive within the next two weeks, however Air Corsica before the Christmas holidays will have both in service. The registration assigned will be F-HXKF.
All A320neos will replace the first batch of two A320-200s.

The layout was chosen by Air Corsica is in high density with a configuration in single class with 186 seats with 3-3 abreast. The interiors are with latest Airbus generation with the AirSpace concept to optimize space on board. The seats are from Italian manufacturer Geven.
All seats are designed to increase the comfort on board for the passenger, who can have the same comfort, despite the number of seats available on the plane.

This A320neo already incorporates the new rear galley equipped with a double toilet on right side. one of them is fine for welcoming a handicapped passenger.

First to speak is Airbus with Ville Arhippainen – Head of Sales Europe West – said “Our congratulations to Air Corsica, due to it is the first French airline to have got the first A320neo in the country. Its an important milestone that allows to save 15% offuel less burn and 25% of CO2 less left in the atmosphere, as well as less noise during take-offs and landings thanks to the improved reduced foot print”. In addition Arhippainen continued “the plane has an exceptional passenger cabin, despite the 186 seats onboard. But it is equipped with new, modern and ergonomic seats to guarantee same space for all passengers compared to the past with new state of the art slim seats design”.

Luc Bereni – President of the Board of Air Corsica – explained his satisfaction and said “we are proud to be the first French carrier to bring the new A320neo into service with our airline.This is an important day as a mobility system at the service of the island and for its promotion. Air Corsica is a carrier that fully serves the tourism development of the Corsican community. We are an airline that carry on over 2 million people a year with 13 fleet aircraft “.

Air Corsica connects every day of the year the four main island gateways (Ajaccio, Bastia, Calvi and Figari) with Marseille, Nice and Paris in France. In addition to Lyon from Ajaccio and Bastia, Toulouse from Ajaccio all year round and other seasonal ports of call as Toulon, Dole and Clermont Ferrand. It has also started seasonal flights to London Stansted and Brussels Charleroi. The airline has agreements with Air France and Alitalia. It is also present in SkyTeam as an alliance.

The fleet consists of six 180-seater Airbus A20ceo, of which three will phased out of the fleet with the arrival of the three new A320neo. Then six 70 seater ATR72/500s, one of these flies for Air Serbia. One 48-seater ATR42/500s is in dry lease from Elix, this commuter liner that flies for Airbus on the Toulouse-Nantes-St.Nazaire-Toulouse circular business shuttle.

Since 1989 Air Corsica carried over 26 million passengers and 686 are the people employed. 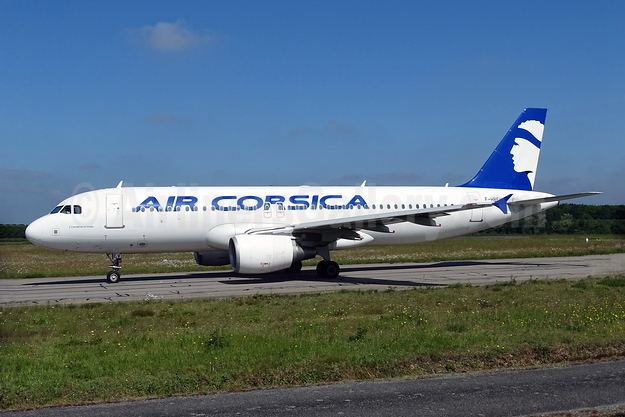 According to Airline Route, the new route will operate on Saturdays starting on May 18, 2019. 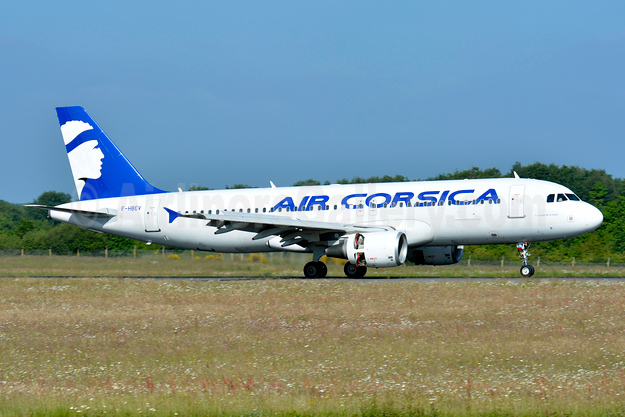