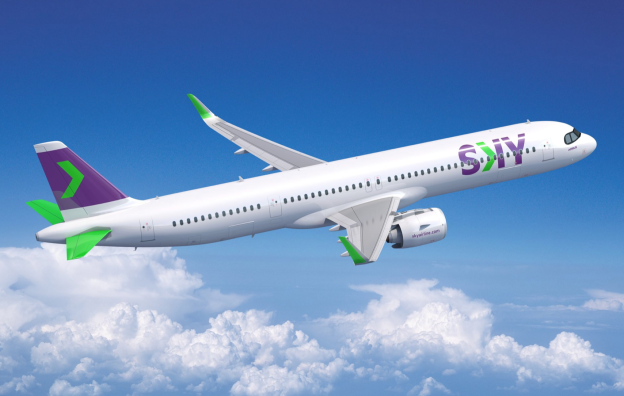 SKY, a Chilean-based ultra-low-cost carrier, has signed a Purchase Agreement with Airbus for 10 A321XLRs. The airline will expand its international route network with the new aircraft.

According to the latest Airbus Global Market Forecast (GMF), Latin America will need 2,700 new aircraft in the next 20 years, more than double today’s fleet. Passenger traffic in Latin America has doubled since 2002 and is expected to continue growing over the next two decades. Specifically in Chile, traffic is expected to increase from 0.89 trips per capita to 2.26 trips in 2038.

In parallel to the growing fleet, according to Airbus’ latest GMF, there will be a need for 47,550 new pilots and 64,160 technicians to be trained over the next 20 years in Latin America. To cover this necessity SKY also selected Airbus as its flight training provider, making the airline the launch customer for the new Airbus Chile Training Centre. The centre will offer flight crew training for Chilean pilots and will include a full-flight A320 simulator.

SKY has been an Airbus customer since 2010 and became an all-Airbus operator in 2013. The airline’s fleet of 23 A320 Family aircraft serves national and international routes connecting Chile to Argentina, Brazil, Peru and Uruguay.

Airbus has sold 1,200 aircraft, has a backlog of more than 600 and more than 700 in operation throughout Latin America and the Caribbean, representing a 60% market share of the in-service fleet. Since 1994, Airbus has secured nearly 70% of net orders in the region. 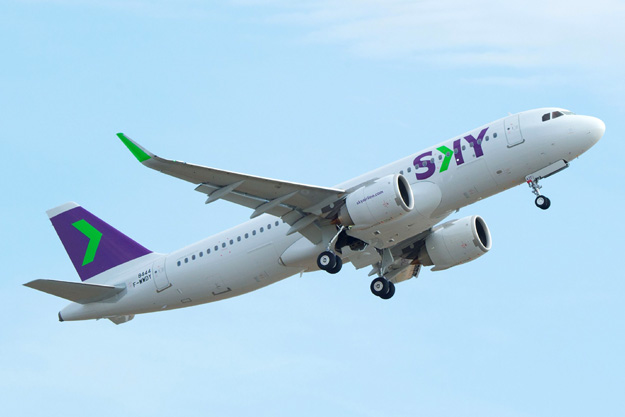 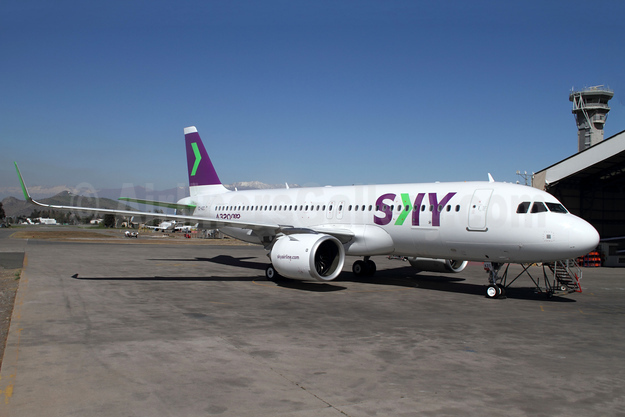 Since then, CC-AZC has made daily flights to that city in the extreme north of Chile, and Punta Arenas in the southern tip of the country, with stopovers in intermediate cities.
Its first international flight took place on October 4, between Santiago (SCL) and Lima, in Perú (LIM).
Alvaro Romero reporting from Chile.
Copyright Photos: Sky Airline (Chile) Airbus A320-251N WL CC-AZC (msn 8444) SCL (Alvaro Romero). Image: 943805.
SKY aircraft slide show: 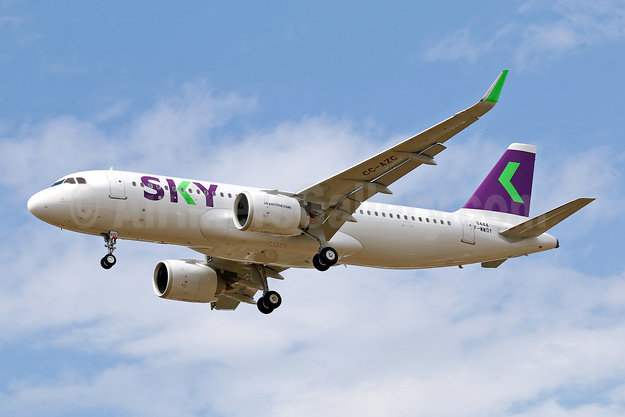 On August 2 2018, the Chilean low-cost airline SKY Airline announced the beginning of its international expansion, with the selection of Perú as its first country. 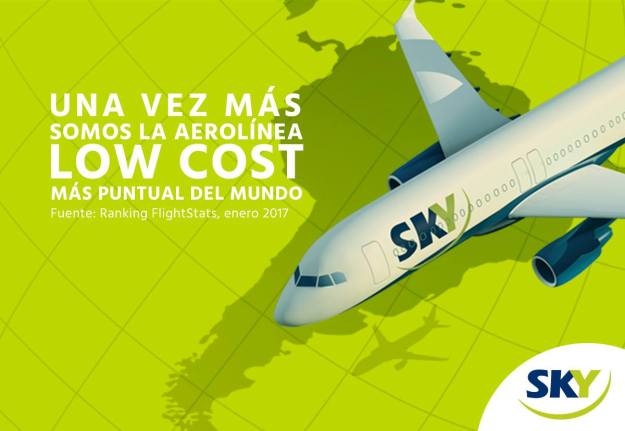 According to Holger Paulmann, General Manager of SKY, Perú was selected because of its economic stability and growing, meaning it is an attractive country for investing. 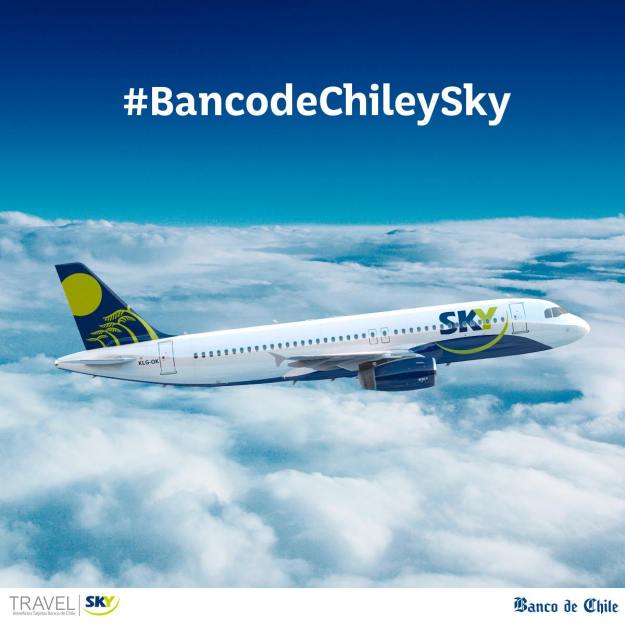 SKY is currently requesting Peruvian authorities for operational permissions, which will allow it for operating both domestical and international routes. The airline’s authorities expect the initial flights in Perú will take place during the first quarter of 2019. A further step considered by the airline is Colombia by 2023.

Paulmann also mentioned that the new airliners of SKY, the Airbus A320neo, will also be based in Lima Airport with the possibility of adding A321neo examples is under consideration.

It was also announced that SKY Perú operation will be leaded by José Raúl Vargas, appointed as its General Manager. Vargas previously worked for LATAM Airlines Perú as service director, international airports manager of LAN and manager of airports of LAN Perú, among others. 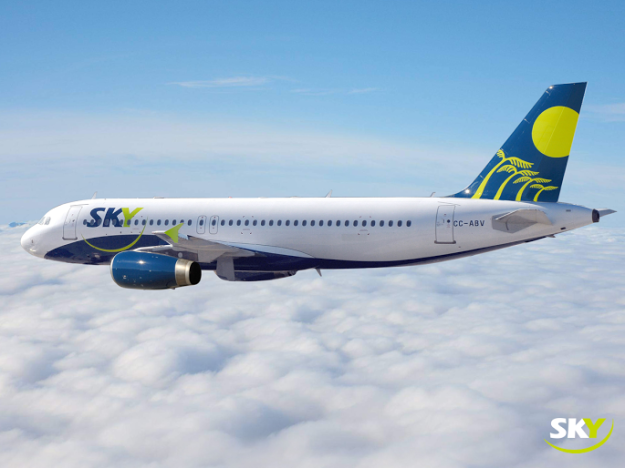 On the other hand, SKY announced that is halting its operation between Santiago, Chile and Rosario in Argentina. This measure, was taken because of low demand, will take place from October 1 2018, almost a year from the inaugural flight that was made on October 3, 2017. 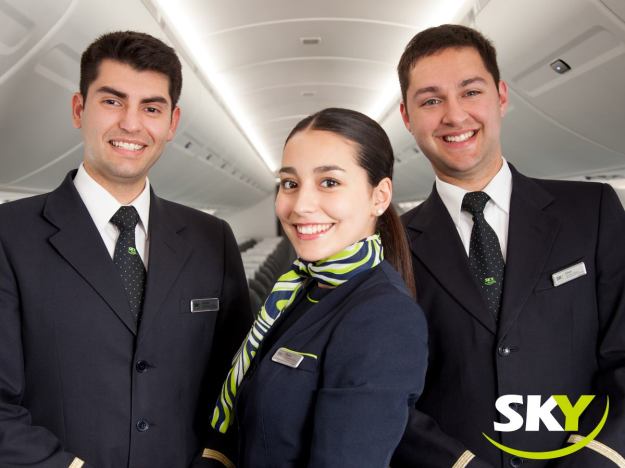 All images by SKY. Alvaro Romero reporting from Chile. 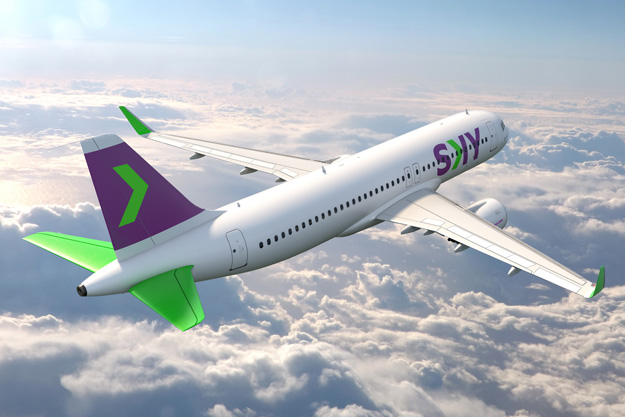 Sky Airline (Santiago) on March 15, 2017 unveiled its new livery and revised brand. The green color of its early years has been kept, while the blue has been replaced by a new violet color.

The new concept includes a green “arrow” (above) in the “K” that is incorporated on the horizontal stabilizer. The modified K letter is always facing forward with the green arrow portion. All Ks in the logo are modified except the one on the left side of the fuselage (below). 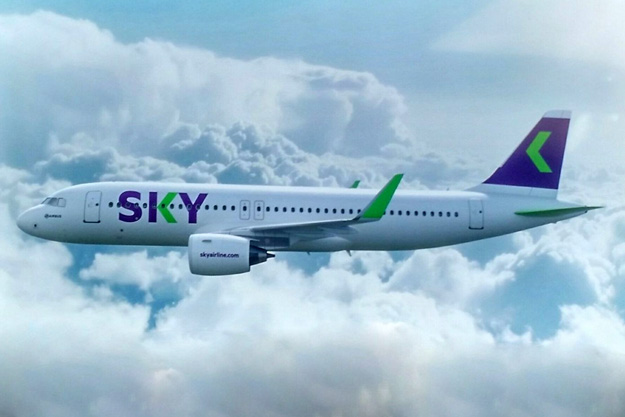 The first Airbus A320 (CC-ABV) in the new livery will be unveiled in April after it is painted by Coopesa. The airline will also issue new uniforms for its employees.

The Chilean carrier starting today is also reinventing itself as a low-cost carrier.

All images courtesy of SKY Airline via ModoCharlie. 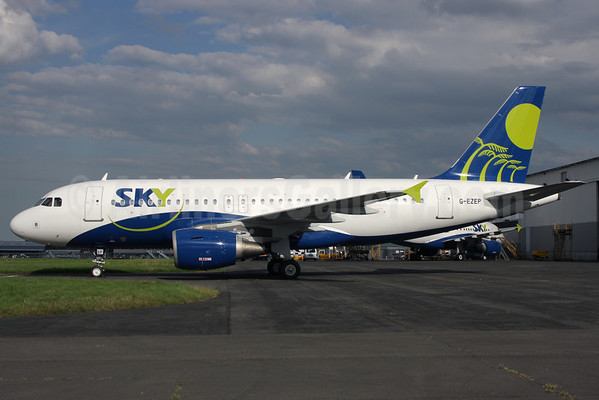 SKY Airline‘s (Chile) (Santiago) CEO Holger Paulmann, announced a big change in the company’s management, as it is in the process of becoming a low-cost airline.

Starting today (September 4), only beverages are included in the ticket price. Those wanting to eat something on board the aircraft will have the option to buy the on-board service. According to the carrier, this is aimed at reducing costs, and allowing the passenger to decide which services he or she will require, such as paying for first rows or the emergency row seats, and checked baggage.

According to the company, they expect to charge a 20-30% discount on tickets, as well as offering one way tickets cheaper than buying them for the round trip.

According to Paulmann “100% of our flights last less of 4 hours, 80% of our passengers are not willing to pay for meals. 30% do not need to carry luggage, why do we have to invest and ask our passengers to pay for services they will not use? We believe the clients have to pay for those services they appreciate more, giving them flexibility for choosing and a service made to order.”

This announcement follows the announced future elimination of the Chile-Bolivia route by November 2, 2015 because of the low load factors (usually the aircraft carried less than 50% of its capacity), and the increase to two daily flights to Arica in northern Chile from October 5. The process must be finished by July 2016.

Thanks to Alvaro Romero reporting from Chile.

The first of the three airliners that finished their career was CC-CTK, performing flight SKU 055, departing Santiago (SCL) to Carriel Sur, Concepción Airport (SCIE/CCP) at 17:15 (local time). It returned to SCL as flight SKU 054.
Flight SKU 116 was flown from Santiago to Copiapó’s Desierto de Atacama airport (SCAT) using CC-CVI, and flew from there to Santiago as SKU 117 at 19:09.
The last flight was flight SKU 122, flown with CC-CTH. The flight took off from SCL for La Serena (SCSE/LSC), then to Copiapó and returning to Santiago around 22:00 (local). This flight marked the end of the era of 737s in SKY Airline service.

Thanks goes to Alvaro Romero for this information.

Sky Airline (Chile) (Santiago) on July 3 2013 retired from scheduled operations three of its Boeing 737-200s: CC-CTO, CC-AAG and CC-ABD. Three 737-200s still remain in service: CC-CTH, CC-CTK and CC-CVI. However these last three aircraft will be retired by the end of July 2013. After that, the carrier will only operate Airbus A319s and A320s.

Copyright Photo: Alvaro Romero/ModoCharlie.com. Boeing 737-230 CC-CTK (msn 22402) completes its final approach back into the Santiago base.

Sky Airline (Santiago) on June 7 received new authorization from the Brazilian aviation authorities for new route authority rights to operate between Chile and Brazil. The airline will start Brazilian flights in 2014.

Meanwhile the airline continues to convert its Boeing 737-200 fleet to more modern Airbus A319s and A320s. The company during May scrapped two more Boeing 737-200s (CC-CTI and CC-CTX).

Top Copyright Photo: Alvaro Romero/AirlinersGallery.com. Airbus A320-232 CC-ABV (msn 1400) arrives at the Santiago hub (please click on the photo for the full size view). All others by Sky Airline. 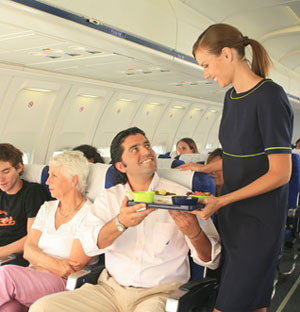 Sky Airline (Santiago) of Chile is planning to add its second Airbus A319 to its fleet. The aircraft is an A319-111 registered as CC-AFY (msn 2129). The airframe was previously registered as G-EZEC with easyJet (London-Luton) until it was de-registered from the UK register on May 15, 2012. Its current owner is NBB Flex Company Ltd.

Copyright Photo: Álvaro Romero/ModoCharlie.com. Sky Airline wet leased this Airbus A320 from Air Malta from January 2, 2012 through March 6, 2012 during the busy summer months.