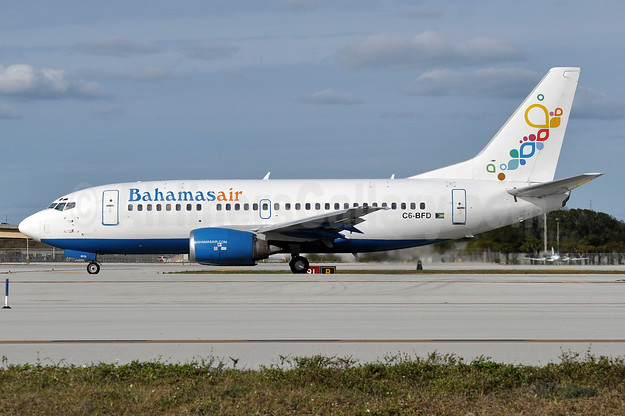 Bahamasair failed to add required updated ADS-B avionics to its three Boeing 737-500s according to The Tribune reporting from the Bahamas.

The Federal Aviation Administration (FAA) had required all operators in American airspace to have the more precise equipment by the beginning of 2020.

Bahamasair had contracted with a supplier but the supplier failed to meet the deadline.

Video of the arrival at Nassau:

On May 3, officials from the Miami-Dade Aviation Department and Bahamasair celebrated the airline’s launch of four weekly flights between Miami and Bimini with a ribbon-cutting ceremony and gate reception at Miami International Airport for the route’s first passengers.

Miami-Dade Aviation Director Lester Sola (center) and officials from Bahamasair and the Bahamas cut the ceremonial ribbon at the launch of direct service to Bimini. (PRNewsfoto/Miami International Airport)

The inaugural departure flight to Bimini was sent off to the rhythm of a Junkanoo band and received a water cannon salute from Miami-Dade Fire Rescue.

Bahamasair currently flies to Nassau from Miami daily. The new route, served by ATR 42 aircraft that seats 50 passengers, will be MIA’s only service to Bimini and its seventh destination in the Bahamas. More than half a million passengers travel between MIA and the Bahamas annually.

Bahamasair is the latest airline to launch new service at MIA this year, following LATAM Airlines beginning a weekly flight to Salvador, Brazil – MIA’s ninth Brazilian destination – on April 29. Next month, Air Italy will enter the Miami market with four weekly flights to Milan on June 8; and American Airlines will launch daily service to Savannah, Georgia on June 7, followed by a weekly flight to Bonaire, Lesser Antilles on June 9. Later this year, Brazilian low-cost carrier GOL will return to MIA with daily flights to Brasilia and Fortaleza on November 4, and American Airlines will launch new service to Georgetown, Guyana; Pereira, Colombia; and St. Vincent and the Grenadines in December. 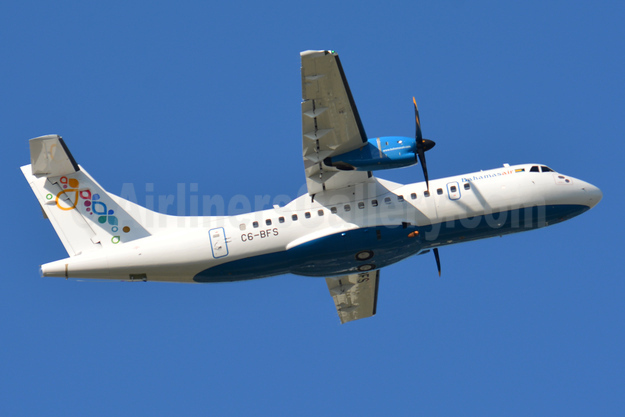 Bahamasair (Nassau) will operate the Bimini – Miami route this summer. The route will be operated four days a week with ATR 42s from April 1, 2018 until September 7, 2018 per Airline Route.

Bahamasair’s first ATRs will be delivered before the end of 2015.

The new generation ATRs will allow Bahamasair to upgrade its fleet allowing the airline to solidify excellent passenger experience on both domestic and regional routes from the airline’s main base at Nassau. The 70-seat ATR 72-600s are the perfect solution to bolster and complement the airline’s current Boeing 737 fleet, while the 50-seat ATR 42-600s are very well adapted to connect Bahamas Islands.

Bahamasair (Nassau) will again add the Freeport-Miami route on June 6, operating two days a week (on Fridays and Sundays). Additionally the carrier will start a route linking Nassau with Havana three days a week commencing on June 3.

In other news, Bahamasair has contracted with Xtra Airways (Boise, Idaho) to operate a summer seasonal charter service to Birmingham, Alabama. The first charter flight departed from Birmingham to Freeport, Grand Bahama Island on May 3. The seasonal charter flights will operate to Freeport through August 6 and is bookable through VacationExpress.com.

In addition, Bahamasair is back at Baltimore/Washington (BWI) and Richmond (RIC) for its summer charter program. Xtra Airways will again be operating the flights for Bahamasair. The first or second weekly charters will be operated with Xtra’s N43XA in Xtra colors. However N279AD is being painted at this time and will take over the BWI/RIC flights in a hybrid Bahamasair/Xtra Airways livery that N42XA carried last summer.

Copyright Photo: Tony Storck/AirlinersGallery.com. Xtra Airways has operated for Bahamasair in the past. Boeing 737-429 N42XA (msn 25729) is seen in the past at Baltimore/Washington with Bahamasair titles (currently the aircraft still displays Xtra Airways titles for the Birmingham flights).

The new routes are being operated with Boeing 737-400 aircraft operated by Xtra Airlines (Boise) configured with 138 coach seats and 12 first class seats.

Copyright Photo: Tony Storck. Xtra Airways’ Boeing 737-429 (msn 25729) now carries Bahamasair titles and made its first visit as such to Baltimore/Washington on May 17.

Bahamasair (Nassau) has announced it will start nonstop flights between Freeport (Grand Bahama Island) and four U.S. cities including Richmond, Virginia; Louisville, Kentucky; Raleigh-Durham, North Carolina and Baltimore/Washington. The new flights will start on May 1, 2012 in place of Vision Airlines’ previously operated service which ends on April 30.

The new routes will be operated with Boeing 737-400 aircraft operated by Xtra Airlines (Boise) configured with 138 coach seats and 12 first class seats.