Pet Airways (Delray Beach) which does not have any aircraft of its own, was operating twice-monthly on a Los Angeles-Phoenix-Denver-Omaha-Chicago Midway-Farmingdale (near New York)-Washington Dulles-Atlanta Cobb County-Fort Lauderdale/Hollywood routing.

However the company is now getting bad press due to cancelled flights and stranded pets. According to this New York Times article it is unclear when the last flight was operated. The article also quotes Pet Airways as stating they are using Suburban Air Freight (subair.com) (Omaha) again as the carrier. Suburban and Pet Airways parted ways in September when Pet Airways selected another provider which has led to some of the operational problems. 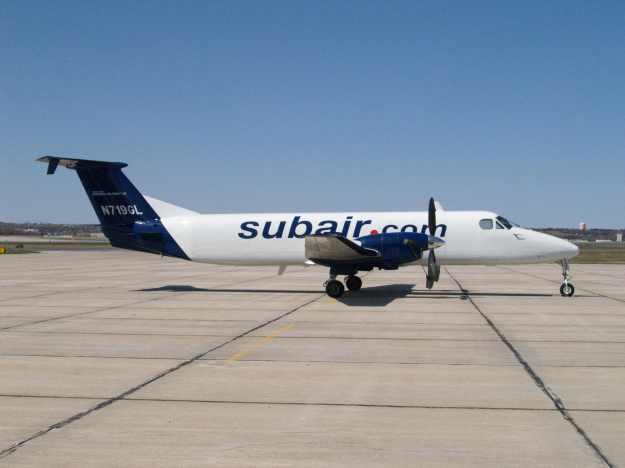 Pet Airways (Delray Beach, FL) is the world’s first pet-only airline (is this a passenger or cargo airline?) that is the idea of Dan Wiesel, President and CEO.  The company was established in 2005. The first routes will be from New York to Chicago, New York to Los Angeles and Los Angeles to Chicago. The new company plans to also serve Washington and Denver. Introductory fares will be $149 one-way. Beech (Raytheon) 1900C aircraft will be utilized (one aircraft already has titles). The aircraft are basically freighters with the seats removed with special restrainers for the pet crates. Pets are dropped off at the “Pet Lounge” and are always under the care of “Pet Attendants”. According to the company, “pawsengers” will be boarded and de-boarded from planes are quickly as possible, never left in the cold or the heat. Depending on the transit time, the “pawsengers” will be offered toilet facilities, food and water as necessary during stops. Will this idea fly?